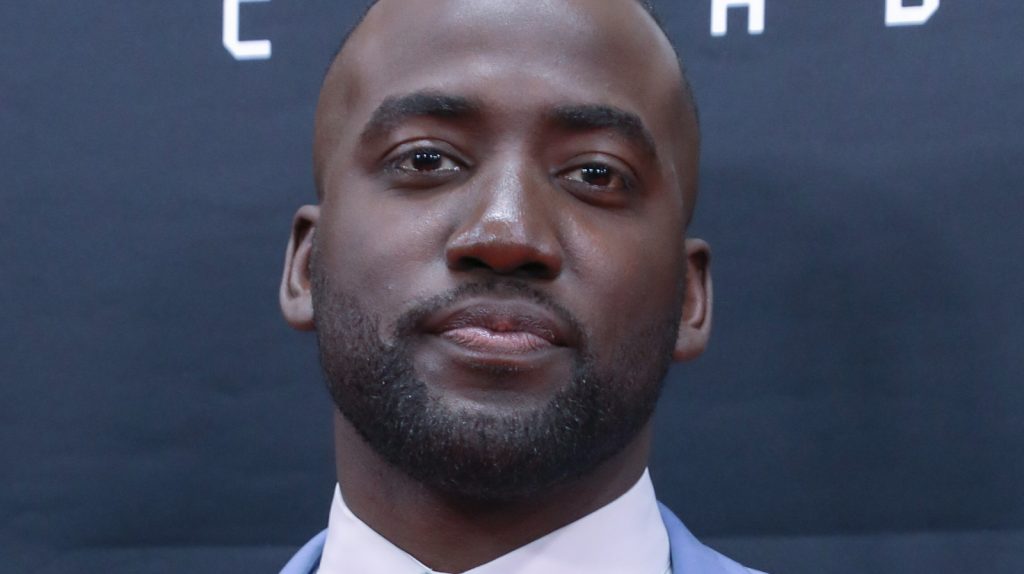 Who is Shamier Anderson?

Shamier is a Canadian actor and producer, perhaps most famous for his role in the television drama “Wynonna Earp”. He’s also celebrated as the co-founder of the non-profit organization B.L.A.C.K. Canada and The Black Academy.

Shamier Anderson was born on 6 May 1991, in Toronto, Ontario, Canada. There is no information regarding his father, but during the Golden Globes in 2018, he could be seen supporting his brother, Stephan James, alongside their mother, Carmelita Anderson. Carmelita is originally from Spanish Town, Jamaica, but the exact year they moved to Toronto remains unknown.

Shamier and brother Stephan, who is also a well-regarded actor, grew up in Scarborough, a district in eastern Toronto. The two brothers often look back on their times there as children with a little bit of disbelief, at how much they managed to achieve and how far they’ve got since those simpler days.

It was while attending Wexford Collegiate School for the Arts, a public high school located in Scarborough, that Shamier started showing interest in acting. He was a member of the drama club, and starred in several school plays. Sports and exercising were also a big part of his life in high school, as he played tennis, basketball, and was on the school’s soccer team.

Upon matriculating in 2009, Shamier began studying criminology in hopes of one day becoming a police officer. He started Wing Chun Kung Fu training, a Southern Chinese kung fu style most often attributed to famous martial artist, Ip Man. This is also the year his acting career officially began, with his portrayal of Ed in the Canadian sitcom “Overruled!”.

After his first television appearance in “Overruled!” came his film debut in the 2010 horror movie “Nostrum”. This quickly segued into support roles in the Disney teen movie “Camp Rock 2: The Final Jam” the same year, and two family comedies the following year, Disney’s “Sharpay’s Fabulous Adventure” and “Desperately Seeking Santa”.

In the earlier years of his career, Shamier appeared in many TV shows and movies, searching for his big break. One of the first jobs he attracted wider recognition for was his role in the 2013 romantic drama “The Next Step”, in which he plays one of the lead characters. This helped land him his future role in “Wynonna Earp” as Agent Xavier Dolls, perhaps his most well-known character to date. This is not to say that he’s disappeared from the screens since then – in 2021 he played one of the lead characters in the sci-fi drama “Invasion”.

Shamier has made appearances in many successful films, the action crime drama “Destroyer” from 2018 starting things out, leading to his roles in the 2020 sport drama “Bruised”, sci-fi thriller “Stowaway” in 2021, and action drama “Awake” in the same year. He will also take part in the up-and-coming, highly anticipated “John Wick: Chapter 4” that is set for release in 2023.

In 2019, Shamier made his debut as a producer with the short movie “Negroland”, as well as the short crime film “Dalia”.

In 2016, Shamier and his brother Stephan founded a community-based non-profit organization called “Building a Legacy in Acting, Cinema and Knowledge Canada” (B.L.A.C.K. Canada). The main goal of this organization is to facilitate the development of young Black talent in the entertainment industry. Later in 2020, they expanded the organization, creating The Black Academy, a division of B.L.A.C.K. Canada that is membership-based and is there to celebrate and showcase Black Canadian talents.

Shamier doesn’t share much about his life other than pictures on his Instagram. He keeps his love life completely under the radar, to the point that people started questioning his sexuality. Rumors about him dating are constantly circulating, but officially he’s single and up for grabs. Needless to say, he also doesn’t have any children.

Shamier’s brother, Stephan James is also a talented actor. He was born on 16 December 1993, in Toronto. The two grew up together. but unlike Shamier, Stephan graduated from Jarvis Collegiate Institute in 2011, and began his acting career with a recurring role in the Canadian teen show “Degrassi”. Until 2012, he mostly only had support roles in TV shows and films. His first bigger role was on the 2012 Canadian film “Home Again”, for which he gained recognition, including a Canadian Screen Award nomination for Best Supporting Actor, despite the movie getting mixed reviews.

In 2016, Stephan was picked for the lead role in the biographical sports drama “Race”. His brother also made an appearance in the film, but in a much smaller role. For his depiction of Jesse Owens, Stephan won the Canadian Screen Award for Best Actor. He nearly missed earning another reward in 2018 for his performance in the Amazon series “Homecoming”, for which he received a Golden Globes nomination.

Shamier Anderson’s net worth is estimated to be at least $1 million. His brother, Stephan on the other hand. has an estimated net worth of $3 million. as of mid-2022.