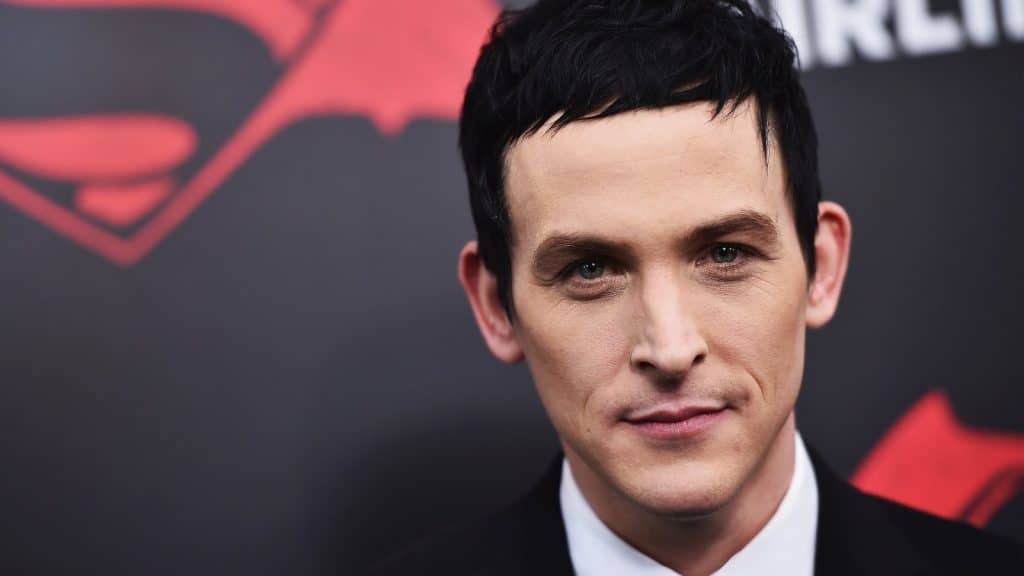 Who is Robin Lord Taylor?

Taylor is an award-winning American actor, perhaps best known to the world as Oswald Cobblepot – a.k.a the Penguin – in the TV series “Gotham” (2014-2019), and as Will in the TV series “You” (2019), in addition to numerous other popular roles that he’s secured in his career.

Robin Lord Taylor was born on 4 June 1978 in Shueyville, Iowa, USA, the second child and only son of Robert Harmon and Mary Susan Taylor; he has an older sister, Susan Taylor Chehak.

He went to Solon High School in Solon, Iowa, just around 10 miles from his hometown, after which Robin enrolled at Northwestern University, obtaining a Bachelor of Arts degree in Theatre in 2000. During his studies, he was a roommate with actor and comedian Billy Eichner, who has gone on to create and star in the comedy game show “Billy on the Street”, among other successful projects.

Robin launched his career in 2005, with the role of Jimmy in the soap opera “One Life to Live”. He continued with a couple of short film roles, “Jesus Children of America” (2005) and “Pitch” (2006), then played Phil in the award-winning drama film “The House is Burning” (2006), starring John Diehl, Melissa Leo, and Julianne Michelle. The same year, he appeared in Steve Pink’s comedy film “Accepted”, which starred Jonah Hill, Blake Lively and Justin Long.

He struggled to secure noteworthy roles in his early career, so continued with a string of minor roles, such as Jason in the comedy-drama film “Last Days of Summer” (2009), then as Punk Kid in the romantic music-drama film “Step Up 3D” (2010), starring Sharni Vinson, Rick Malambri and Adam Sevani.

The next year, Robin appeared in Liza Johnson’s award-winning drama film “Return”, with Linda Cardellini, Michael Shannon, and John Slattery as the main stars. He also appeared in the award-winning sci-fi romantic drama film “Another Earth”, which starred Brit Marling, William Mapother, and Matthew-Lee Erlbach. The same year, he made his first lead appearance with the fantasy horror-drama film “Melancholy Fantastic”, next to Amy Crowdis and Josh Caras.

In 2012, he was Julian in the horror-thriller film “Would You Rather”, starring Brittany Snow, June Squibb and Jeffrey Combs, while in 2013, he appeared in the biopic about US President Abraham Lincoln’s assassination, entitled “Killing Lincoln”, based on the book “Killing Lincoln: The Shocking Assassination that Changed America Forever”, by Bill O’Reilly and Martin Dugard. He portrayed Sgt Silas Tower Cobb, one of the guards on the Navy Yard bridge, the film starring Tom Hanks, Regen Wilson and Billy Campbell, and which earned multiple Primetime Emmy Award nominations.

The same year, he portrayed Quincy in the crime-thriller film “Cold Comes the Night”, directed by Tze Chun, with Alice Eve, Ursula Parker and Logan Marshall-Green in the lead roles. Moreover, he joined the cast of the eponymous TV series “The Walking Dead” as Sam, though he only appeared in two episodes, which however was enough to be spotted by producers and casting directors.

In 2014, Robin was selected for the role of Oswald Cobblepot/Penguin in the TV action crime-drama series “Gotham”. He spoke about how he got his role on “Howard Stern“, saying that he didn’t know what the audition was for. and that he got a fake scene and script; however, Robin impressed the directors ,and was chosen for the role. He went further to say that he had to dye his hair black and style it the way Penguin wears it – he’s naturally blonde. He appeared in all 100 episodes of the Primetime Emmy Award-winning series from 2014 to 2019, which launched him to stardom; Robin also portrayed Penguin in the short TV series “Gotham Stories” in 2016.

During this time, he pursued other acting credits to some extent, and got to voice The Outsider in the video game “Dishonored 2”, and “Dishonored: Death of the Outsider” in 2016 and ‘17.

When the series ended, Robin emerged as a new Hollywood star, and continued his career in a stunning fashion, with a very successful year. First, he was Administrator in the award-winning action crime-thriller film “John Wick: Chapter 3 – Parabellum”, with Keanu Reeves, Ian McShane and Halle Berry in the lead roles. He then portrayed Noah in Carlos Puga’s comedy crime-drama film “Full-Dress”, and co-starred in the sci-fi thriller drama film “The Mandela Effect”, starring Charlie Hofheimer and Aleksa Palladino.

Moreover, Robin featured as Will Bettelheim in the popular TV romantic crime-drama series “You”, sharing the screen with other stars of the series, including Penn Badgley. The following year, he appeared in the short film “Lost & Found”, while in 2021, he portrayed Nick Wyndorff in the TV comedy-drama series “Kevin Can F**k Himself”.

Taylor is now set to star in the drama film “The Ballad of a Hustler”, directed by Heitor Dhalia, which is currently in post-production, with no premiere date set. Furthermore, Robin is working on David Zayas’ thriller crime film “10-13”, in which he will star with Richard King and Dylan Baker. The film is only in pre-production, and no official release date has been announced yet.

As of mid- 2022, Robin Lord Taylor’s net worth has been estimated at $6 million, earned through his successful career as an actor, during which he’s appeared in more than 35 film and TV titles.

When it comes to his personal life, Robin likes to keep things private, and rarely talks about this aspect. However, in 2019 he came out as gay on an Instagram post, saying that he’d actually been out of the closet for 22 years.

He’s been married to a man named Richard DiBella, a production designer, since 2011. The two started their relationship in the early 2000s, but waited for Iowa to legalize gay marriage so that they could make their relationship official.

He’s received a bunch of hate comments because of his sexuality, and his open stance and support towards the LGBTQ community. However, in one of his many Instagram posts with his husband, Robin has stated that he’s happy and unafraid.

The prominent actor has blonde hair and green eyes. He stands at a height of 5ft 6ins (1.68m), weighs approximately 150lbs (68kgs), but Robin’s vital statistics are currently unknown, though he has an average figure. Robin was overweight in his youth, which was one reason behind the bullying comments he was getting while in high school.

Growing up, Robin had a tough time because of his sexual orientation. He was regularly bullied in high school, but he eventually found solace in the theater, stating that the theater helped him express himself, find his true self.

Together with Billy Eichner, he started the “Creation Nation: A Live Talk Show”. The two performed the show at the Edinburgh Fringe Festival in 2008, and at the HBO Aspen Comedy Festival.

Although he’s not a massive fan of comic books and superheroes, he still enjoyed Batman comics and films, saying that his favorite is “Batman Returns” from 1992.