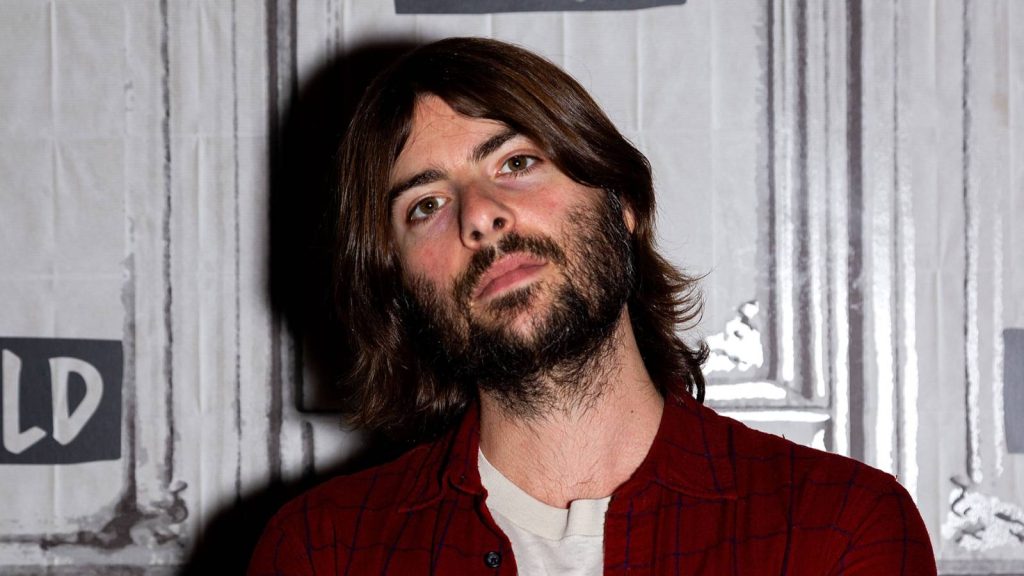 Who is Robert Schwartzman?

An actor, director, screenwriter, filmmaker and musician, Robert Schwartzman is perhaps still known best for his role as Michael Moscovitz in the 2001 romantic comedy “The Princess Diaries”, also starring Anne Hathaway, Julie Andrews and Hector Elizondo. Speaking of his directing work, he’s well-known for his movies “Dreamland” and “The Unicorn”, which brought him the Fort Lauderdale International Film Festival, US Best Director 1st Feature Award, and the Hill Country Film Festival, US Best of Fest Award, respectively.

Robert Coppola Schwartzman was born under the zodiac sign of Capricorn on 24 December 1982, in Los Angeles, California USA, thus he holds American nationality although he comes from a family of Jewish and Catholic-Italian descent.

His mother is Talia Shire (nee Coppola), an actress perhaps known best for her roles as Connie Corleone in the epic “The Godfather” and as Adrian Balboa in the “Rocky” movies franchise. Robert’s father is the late producer, Jack Schwartzman, and among the films he produced was “Never Say Never Again” starring Sean Connery as James Bond.

On his father’s side, Robert has two half-siblings, sister Stephanie, about whom nothing is known, and brother John Schwartzman, a cinematographer known for his work on “The Rock”, “Jurassic World”, and “Seabiscuit”, among others.

His mother also has a child from her previous marriage to David Shire, a son named Matthew Orlando Shire, who is a writer and producer, and from her marriage with Jack they have another son, Jason, who is a musician and actor, perhaps known best for his roles in “The Moonrise Kingdom”, “The Grand Budapest Hotel”, and “Isle of Dogs”.

Speaking of Robert’s educational background, he attended Windward School, and upon matriculating in 2000, he enrolled at Eugene Lang College, but dropped out to pursued his music career.

During his high school days, Robert formed the band Rooney, temporarily left the band after he enrolled in college, however, he wrote songs in his dorm room, and flew home to perform new material with his band; he subsequently decided that he wanted to return to Los Angeles, and launch a professional career with Rooney.

The band released their debut, self-titled album in 2003, while their second album “Calling the World” was released in 2007, followed by their third album “Eureka” in 2010, and in 2016, they released “Washed Away”.

On 25 October 2011, Robert released his first solo album – “Double Capricorn” – with all profits from the sale of his album donated to the Tibetan Healing Fund.

Robert made his acting debut as Greg in the 1998 short movie “Lick the Star”, followed by his role as Paul Baldino in “The Virgin Suicides” in 1999, a romantic drama directed by his cousin Sofia Coppola.

Five years later, Robert was cast to play Ben in the comedy movie “It Happened in L.A.”, and next he was seen starring in the movie “The Unicorn”, which he also directed, followed by his role as Darron in the 2019 drama “Lost Transmissions”, also starring Simon Pegg, Juno Temple and Rebecca Hazlewood; this was Robert’s most recent role.

Career as a filmmaker

Robert made his directing debut in 2016 with the movie, which he also co-wrote with Benjamin Font, entitled “Dreamland”. It starred Frankie Shaw, Johnny Simmons and Beverly D’Angelo, which besides the aforementioned award, was also nominated for the Tribeca Film Festival Jury Award for Best U.S. Narrative Feature.

In 2018, he directed “The Unicorn”, a comedy written by Nicholas Rutherford, Will Elliott and Kirk C. Johnson, which was also nominated for the SXSW Grand Jury Award for Narrative Feature. Two years later, he directed “The Argument”, a comedy-drama which won no award, but was well received by the audience.

There have been various rumors concerning both Robert’s love life and his sexual orientation, however, he’s straight, and dated a few celebrities before he met his future wife, Zoey Grossman.

Sometime in 2000, it was rumored that Robert was dating American actress Chelsea Swain, and then in 2005 and 2006, Robert had a relationship with American model Kelly McKee. After the two separated, Robert started dating Rachel Crane, also an actress, and their love story lasted until 2008.

In 2012, Robert began dating Zoey Grossman, an American photographer, soon after they met for the first time. Although they haven’t shared how and when they met, many people assume that they probably met at some party or red carpet event, since they are both in the entertainment industry.

Zoey Grossman was born in New York but was raised in Los Angeles, and besides her work as a photographer, she’s a director, and one of her notable works is directing the music video for Christina Aquilera’s song “Accelerate”.

Robert and Zoey exchanged their wedding vows on 9 September 2017, in the presence of their closest family members and friends, and as of July 2022, they are still together and have twins, sons Nino and Lennox, who were born in 2020. Robert occasionally shares photos featuring his sons on his Instagram account.

According to sources, as of July 2022, his net worth has been estimated at over $1 million, most of his earnings come from his work as a musician, actor, and filmmaker.