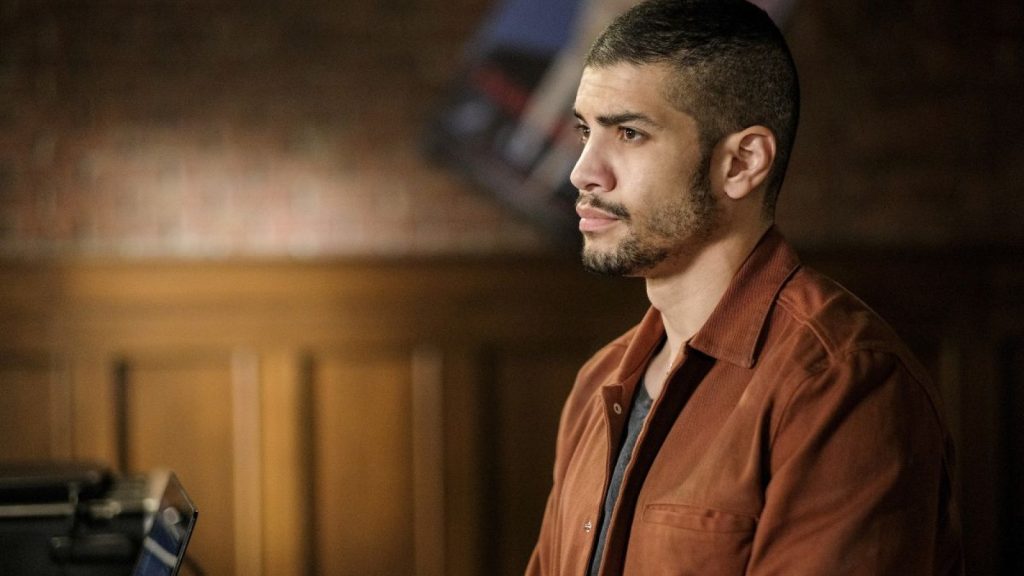 Rick Gonzalez is an American actor and musician, possibly known best for his portrayal of Ben Gonzalez in the TV series “Reaper” and Timo Cruz in “Coach Carter”.

Rick Gonzalez was born on 30 June 1979, in New York City, USA. He is half Puerto Rican and half Dominican. The identities of his parents are unknown, however, it’s been revealed that they divorced when he was still young. The actor doesn’t have any siblings.

Rick was raised in Brooklyn, attending local elementary and junior high schools. He showed his interest in acting at a young age when he started performing in front of his family. He would also participate in school plays, demonstrating distinctive talent which led his teachers to believe that he would be better off in a school that concentrated on acting. Rick then applied to the High School of the Performing Arts in Manhattan (also known as Fiorello H. LaGuardia High School) and was enrolled. After matriculating in 1997, Rick started pursuing an acting career more seriously.

In 1997, Gonzalez appeared in an episode of the TV series “F/X: The Series” which was based on the movie with the same title, and told the story of a special effects man Rollie Tyler who assisted the NYPD in solving crimes. In 1998, he played the role of Sanchez in the made-for-television movie “Thicker Than Blood”. His career took a more serious turn in 2000, when he started appearing in films such as “Mambo Café” and “Prince of Central Park”. Concurrently, he portrayed Alfonso in an episode of “Law and Order: Special Victims Unit”, and Ramone in “Touched by an Angel”.

The young actor landed another serious role in 2002, when he was chosen to portray Rudy Bonilla in the American sports drama movie “The Rookie” which was directed by John Lee Hancock and starred Dennis Quaid, Rachel Griffiths, and Jay Hernandez. The movie centered around the story of Jim Morris who was a professional baseball pitcher playing in Major League Baseball. Rick used this opportunity to showcase his acting skills, helping him to be cast for even more roles.

During the same year, he played the role of Wyatt in the movie “Laurel Canyon”, and made brief appearances in the TV series “The Shield” and “Buffy the Vampire Slayer”. After appearing in several movies, he landed another important role in 2005 when he was cast for the role of Timo Cruz in another sports drama movie, “Coach Carter”, portraying a basketball player who was a drug dealer on the side, and left the team after refusing to sign a disadvantageous contract.

In 2007, Rick was selected for the role of Ben Gonzales in the TV comedy series “Reaper”, portraying a friend of the main character Sam, who works for the devil and steals souls for him. Ben helps him hunt for the souls, and frequently gets hurt along the way. Rick’s portrayal of Ben acquired him public recognition and determined his future career path.

From 2008 to 2011, Rick appeared in movies such as “Pride and Glory”, “Flying Lessons”, and “Apartment 143”. From 2016 to 2020, he was a series regular in the TV show “Arrow” portraying Rene Ramirez/Wild Dog who is a dishonorably discharged marine who joins Oliver’s (the main character’s) vigilante team. In 2021, Rick was chosen for the main role of Nunez in the TV series “The Lost Symbol”.

After trying to get noticed for several years, in 2011 Rick finally got the chance to release a mixtape album entitled “The Invisible Man”, which represented his struggles in the music industry. He adopted the stage name of Realm Reality, mainly singing rap and hip hop genres. In one of his interviews, Rick mentioned that music and acting are a perfect combination, allowing him to succeed in both without having to choose one or the other. In 2012, he was heard on the song “Bully Rap” by Sean Prince.

Rick Gonzalez is married to Sherionne; the two met when Rick moved to California, US, tied the knot in 2003, and have been together ever since. The couple hasn’t shared details about their relationship, but judging by their social media accounts, they seem to be crazy about each other.

Little is known about Sherionne, except for the information she shares on her Instagram. She hosts the podcast “Team Tequila Talks” with Cassandra Jean Amell and Mark Strong, in which they invite tequila experts and artists to discuss pop culture, along with interesting facts about tequila.

Sherionne and Rick have a daughter together named Skylar, who was born in 2013.

In one of his interviews, Rick mentioned that the musician Big Pun was an influential figure for him. In particular, his album “Capital Punishment” showed him that people like him could achieve success in the industry. His favorite artists include Notorious B.I.G., Jay-Z, Nas, and Mobb Deep. The actor has a special connection with the work of Tupac Shakur – Gonzalez believes his rap music has a deep meaning rooted in strong emotions.

The actor likes horseback riding, hiking, and spending time with his family. Both Rick and Sherionne lead a healthy lifestyle, and exercise regularly to stay fit.

Rick Gonzalez has a darker complexion with dark hair, a short brown beard, and brown eyes. His height is 5ft 8ins (173cm) and his weight is approximately 148lbs (67kgs). He has an athletic body that he tries to maintain with exercise. He wears casual clothes when he spends time with his family, but shows up in suits at red carpet events. Rick doesn’t seem to like accessories, as he doesn’t wear them frequently.

Currently, Rick’s net worth is estimated close to $1 million, his primary source of income being his acting career; it’s unclear how much he earns annually. It’s also unknown whether he owns any real estate properties or not. The net worth of his wife Sherionne hasn’t been revealed to the public.