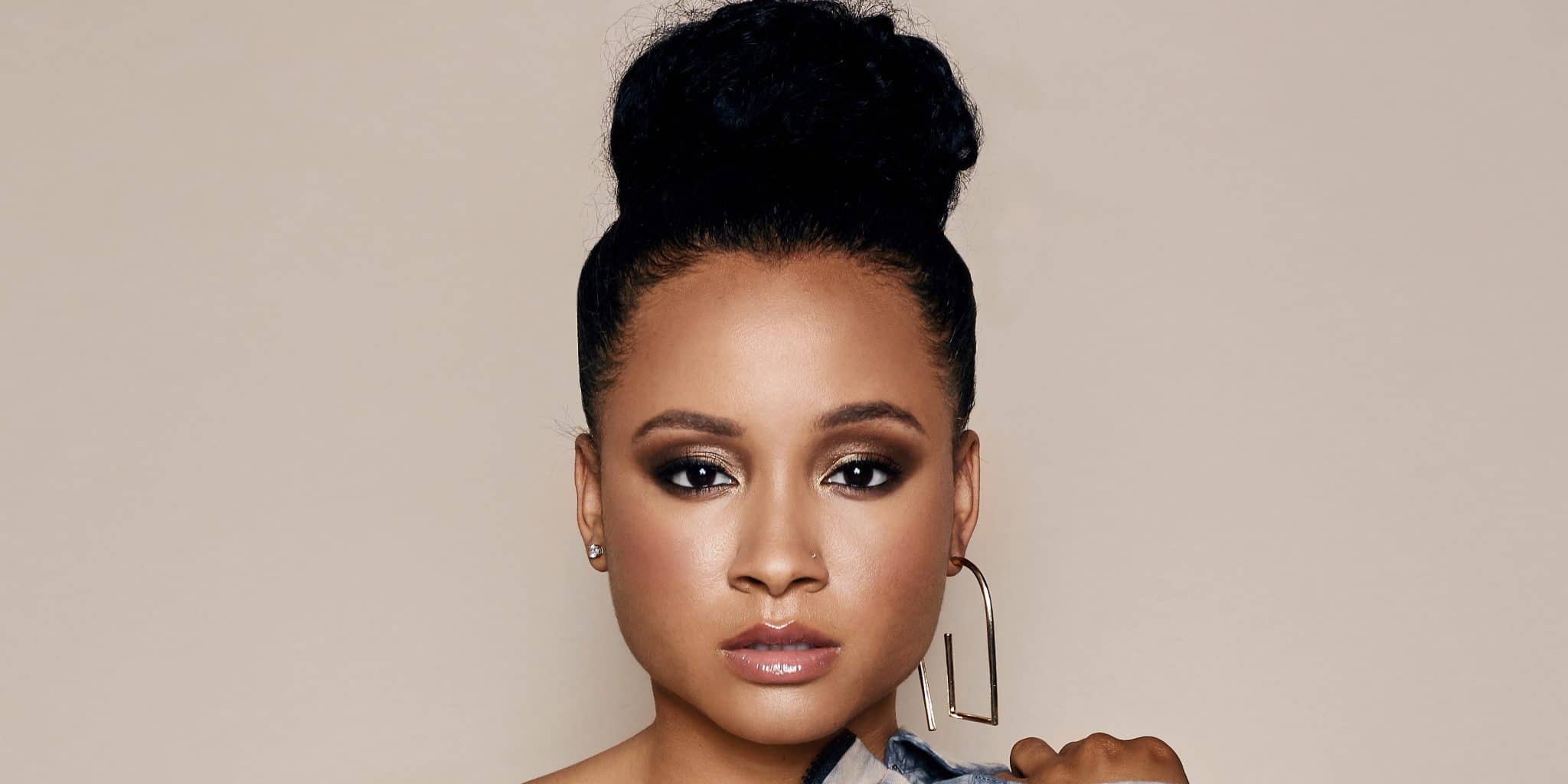 Who is Rhyon Nicole Brown?

One of the main characters in the series “Lincoln Heights” was Elizabeth ‘Lizzie’ Sutton, the smart, witty and outspoken young girl, who enjoys dancing and singing. Fans were intrigued to know more about the actress who portrayed this character, not just because of her virtuoso acting, but because they were attracted by her stunning beauty. If you are one of them, let us tell you all about Rhyon Nicole Brown.

She is a dancer, singer and actress with over 30 credits to her name – the mentioned role brought her a nomination for the Young Artist Award for Best Performance in a TV Series – Leading Young Actress, while to the younger audience, she is perhaps known best for her role as Maya from 2018 to 2020, in the musical drama series “Empire”, also starring Terrence Howard, Jussie Smollett and Taraji P. Henson, which was nominated for eight Primetime Emmys.

Rhyon Nicole Brown was born under the zodiac sign of Libra on 6 October 1992, in Los Angeles, California USA; she holds American nationality and her ethnicity is African-American.

She was raised in San Juan Capistrano, Orange County, California by her parents, about whom little is known, since they prefer to keep their lives away from the media’s attention, so too Rhyon’s brother, whose name is also unknown. However, Rhyon’s sister, RaVaughn Nichelle Brown is well-known to audiences as an R&B singer who toured with Kendrick Lamar.

Rhyon had an interest in acting and music from an early age, and began performing when she was just four years old – as she said, she was dreaming of becoming famous, so she never regretted her hard work.

Speaking of her educational background, she attended Junipero Serra High School, and upon matriculating in 2010, enrolled at the University of Southern California, from which she graduated with a BA degree in 2014.

Rhyon made her acting debut portraying Julia in the 1999 movie “Santa and Pete”, followed by her role as Sharisse in the TV movie “Earthquake“ in 2004, and then in the following year, she was cast to play Young Charlene in “Get Rich or Die Tryin’“, also starring 50 Cent, Adewale Akinnuoye-Agbaje and Joy Bryant.

Rhyon’s next movie role came in 2016, when she portrayed Michel’le in “Surviving Compton: Dre, Suge & Michel’le”, which brought her a nomination for the Black Reel Award for Outstanding Actress, TV Movie or Limited Series. This was followed by her role as Rosalyn in “Throwback Holiday” in 2018, and then in the following year, she was seen as Alice in the action crime mystery “Killers Anonymous“, while her most recent movie role was her portrayal of Foster in the 2021 romantic drama “A Christmas Stray”.

Rhyon made her first television appearance in the recurring role from 1999 until 2004 of  Rebecca Van Exel in the series “Judging Amy“, and concurrently, she was seen as Fiona in an episode of the series “Providence“ in 2000, and then she made an appearance in “The Geena Davis Show”, before she guest-starred as Melanie in the popular sitcom “My Wife and Kids” in 2001.

In the following years, Rhyon mostly guest-starred in series, including “Everybody Loves Raymond”, “Boston Public”, and “Two and a Half Men”, before she was cast to play Amanda Timmerman in “Hidden Hills” between 2002 and ’03, and then she was seen as Madison in “That’s So Raven” from 2004 through 2006.

In 2007, Rhyon was cast to play Lizzie Sutton in “Lincoln Heights”, also starring Russell Hornsby, Erica Hubbard and Nicki Micheaux, acting in all 43 episodes of the series which was broadcast until 2009. Then two years later, Rhyon was seen as Pam in the series “For Better or Worse”, followed by her role as Taylor in “Eight Crazy Dates” in 2015.

Rhyon’s next role came in 2017 when she portrayed Germaine in an episode of the series “Tales”, before she was cast to play Maya in “Empire” from 2018 until 2020, after which  she was seen as Lauren Dupont in “Our Kind of People” from 2021 until 2022, which was her most recent televison role.

There have been various rumors concerning both Rhyon’s love life and her sexual orientation, mostly because she prefers to keep her private life a secret so people constantly assume that she might be gay, and that she doesn’t want to come out publicly.

However, Rhyon hasn’t commented on these assumptions, and stayed silent when it comes to her relationships until September 2011, when she posted on her Twitter that she’s seeing someone – some rumors were saying that her boyfriend was the famous singer Bryan Breeding, however, Rhyon didn’t mention his name in the tweet.

In 2014, she posted on her Instagram a photo featuring her and a mystery man, whose face was hidden, with a heart emoji in the description, however, that photo is now removed from her Instagram.

On Valentine’s Day in 2015, Rhyon shared with her followers that she’s single, but soon afterwards, rumors started about her and hairstylist, Ray Christopher, however, they both confirmed that they are just close friends.

As of June 2022, Rhyon seems to be single, she hasn’t been married or engaged, and doesn’t have children.

Besides her acting career, Rhyon is a well-known singer-songwriter – she launched her music career in 2017, with the release of her debut single “Gone”, which has attracted nearly 3.5 million views on her self-titled YouTube channel. Her singles “Leaves” and “WEAKEND“ released in 2020 were both big hits, and can also be seen on her channel; you can listen to her music on Spotify and SoundCloud.

According to sources, as of June 2022, her net worth has been estimated at over $4 million, with her wealth being accumulated from her acting and music careers, although she hasn’t spoken about her assets such as cars and houses.