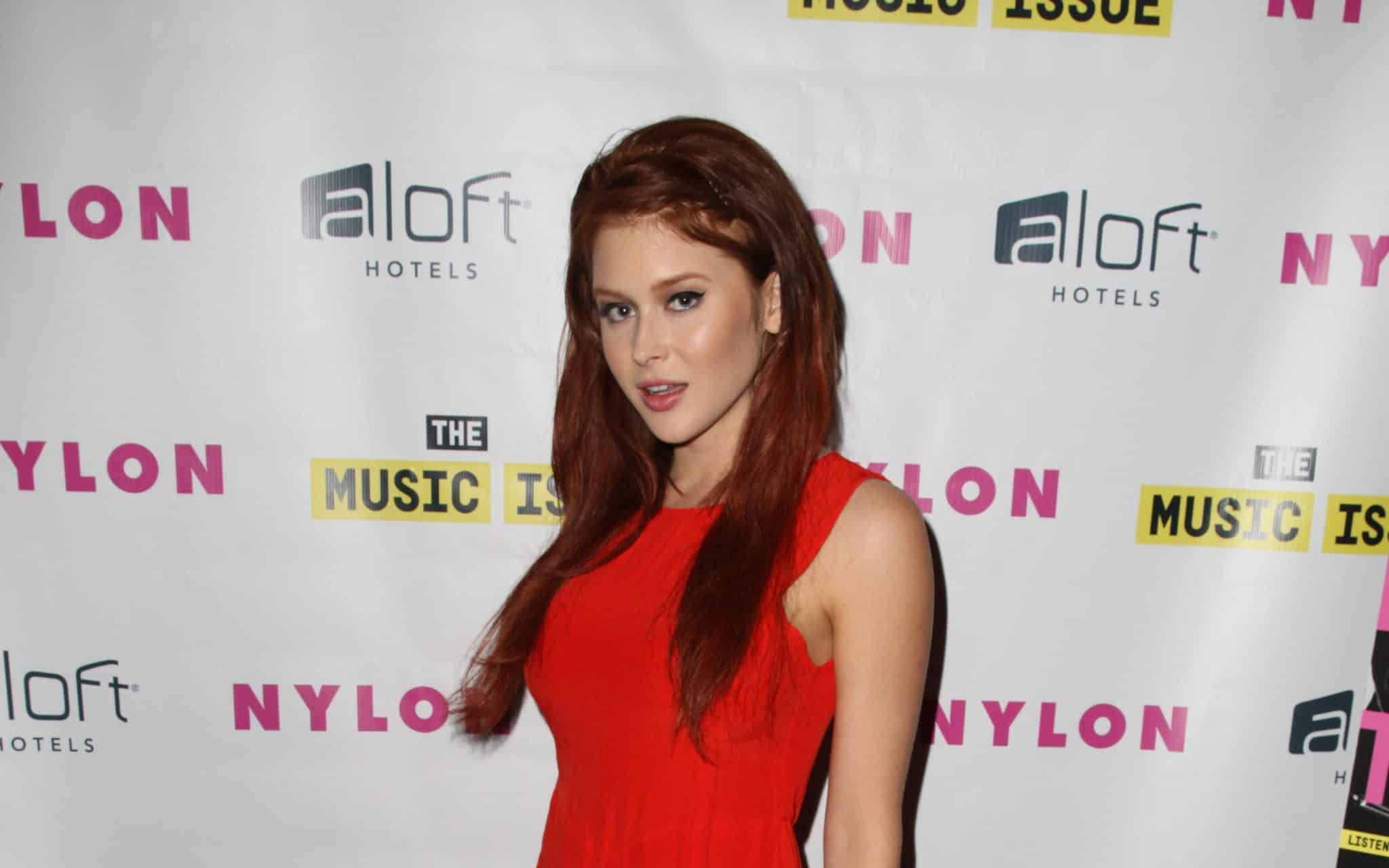 Who is Renee Olstead?

Renee was born in Houston, Texas USA, on 18 June 1989 – her zodiac sign is Gemini, and she holds American nationality. She’s an actress and singer, with more than 30 acting credits to her name, while she’s perhaps known best for her portrayal of Jess in the 2014 mystery horror thriller movie “Unfriended”, directed by Levan Gabriadze, and which starred Heather Sossaman, Matthew Bohrer and Courtney Halverson. It follows a group of friends who are using an online chatroom, and are being haunted by a supernatural force which is using their dead friend’s account; the movie won three of the nine awards for which it was nominated.

Renee has been inactive in the film industry since 2019, but hasn’t officially retired from acting;  today she seems to be mostly focused on running her OnlyFans account.

Renee was raised in Houston an only child, by her mother Rebecca Lynn Jeffries and father Christopher Eric Olstead; not a lot is known about her parents as she respects their privacy, but it’s said that her father was a businessman, and her mother a dancer.

Renee became interested in acting at a very early age, and was six when she made her debut TV series appearance, playing Marci Fant in a 1995 episode of the western mini-series “Streets of Laredo”, and the same year saw her play Emily Pick in the drama movie “Deadly Family Secrets”.

She continued acting throughout her entire education. Renee studied at the theatrical school Centre Stage, from which she matriculated in 2007, and she then focused on working on her way up in the film industry, rather than pursuing a college degree.

She played Young Mary Katherine in the action adventure comedy “Cadillac Ranch”, while some of her following roles were in the  drama “Santa, NASA & the Man in the Moon”, the  comedy “Ceftin Wiz Kids” all in 1996, and the 1997 short comedy “The Usher”.

She gained recognition in 1999, when cast to play Deborah Wigand in the critically acclaimed biographical thriller drama “The Insider”, directed by Michael Mann, and which starred Russell Crowe, Al Pacino and Christopher Plummer. It follows a research chemist who’s appeared in a 60 Minutes expose about Big Tobacco, and is now under both professional and personal attack; the movie won 23 of the 88 awards for which it was nominated, including seven Oscar nominations.

What marked the 2000s for Renee was perhaps her portrayal of Sky Storm, one of the lead characters in the 2007 comedy “Super Sweet 16: The Movie”, directed by Neema Barnette, and which starred Joey Brander, Erin Bria and Giovanni Davis; it follows two best friends who are about to turn 16.

Three of her most recent film roles have been in the 2017 action horror drama “Feral”, the 2018 comedy “Bachelor Lions” and the 2019 short horror “Fatale Collective: Bleed”.

Renee played Ami Beck in five episodes of the 1998 comedy “Reunited”, which was then cancelled due to low ratings. The following years saw her appear in an episode or two of various series, such as the family drama “Chicken Soup for the Soul”, the romantic drama “Providence”, and the adventure comedy drama “The Wonderful World of Disney”.

Between 2002 and 2006, she starred as Lauren Miller in the romantic comedy “Still Standing”, created by Diane Burroughs and Joey Gutierrez, and which also starred Mark Addy, Jami Gertz and Jennifer Irwin. It follows a married couple and their five children, while it seems that the children are those taking care of the family; the series won three of the six awards for which it was nominated.

Renee’s also known for her portrayal of Madison Cooperstein in the popular family comedy drama “The Secret Life of the American Teenager”, created by Brenda Hampton, and which starred Shailene Woodley, Molly Ringwald and India Eisley. It follows 15-year-old Amy who’s now pregnant, with the father of her child going to the same school as her; the series aired from 2008 to 2013 and won three of the 36 awards for which it was nominated.

Renee’s most recent TV series role was her portrayal of Kystyn in the 2016 comedy “Grip and Electric”.

Posted by Grip and Electric on Tuesday, February 21, 2017

She received special thanks for the 2012 short movie “Strain”.

She’s made a guest appearance in a couple of talk-shows, such as “Life After”, “Access Daily” and “Playboy Plus”.

Renee’s won one of the three awards for which she’s been nominated: a 2006 Young Artist Award for Best Performance in a TV Series (Comedy) – Supporting Young Actress, for “Still Standing”.

Although Renee prefers to keep the details of her love life to herself, it’s still widely known that she was until recently a married woman. She exchanged vows with non-celebrity American pianist Tommy King on 13 September 2014, in a small ceremony attended by only the closest of their friends and family members; Renee took his last name, and was in 2016 crowned Ms. West Coast as Renee King. Their divorce was finalized in either 2020 or 2021.

She hasn’t spoken of any other men (or women) whom she’s perhaps been with, so as of August 2022, Renee seems to be single, was married to Tommy King, and doesn’t have children.

Renee’s a huge lover of animals, is vegan and supports the organization People for the Ethical Treatment of Animals (PETA); she appeared in their add “Fish Are Friends Not Food”, and was part of their 2012 campaign which aimed to free elephant Mali from the Manila Zoological and Botanical Garden.

Renee was amongst over 50 celebrities whose nude pictures were leaked in 2011; she revealed that she contemplated suicide as she didn’t know how to deal with the situation, while the hacker, Christopher Chaney was caught and sentenced to spend 10 years behind bars.

Renee’s passionate about music, and released her self-titled debut jazz album in 2004; her second album “Skylark” was released on 27 January 2009, after having been delayed for close to four years.

She has her own favorite actors and actresses, some of whom are Jim Carrey, Brad Pitt and Helena Bonham Carter, while a couple of her favorite movies include “Liar Liar”, “The Curious Case of Benjamin Button” and “Fight Club”.