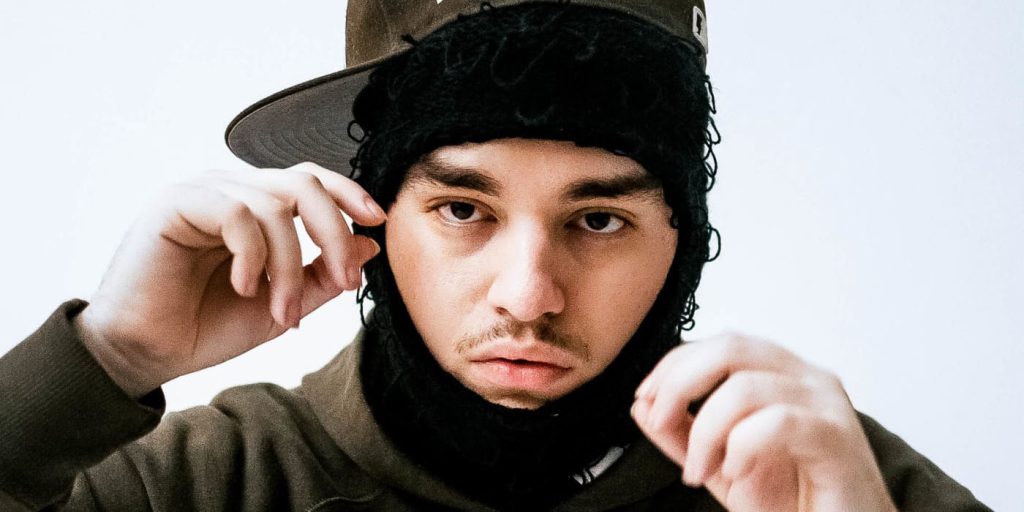 Yeat is an American rapper who rose to prominence with such songs as “Sorry Bout That”, “Dirty Mango”, and “Money Twerk”, among other popular releases.

Noah Olivier Smith was born on 26 February 2000 under the Aquarius zodiac sign, in Irvine, California, US, of Mexican ancestry from his father’s side and Albanian and Romanian through his mother’s side.

After matriculation, he moved to New York, but eventually returned to Los Angeles, feeling that he would have more opportunities to succeed.

He began releasing music in 2015 under the pseudonym Lil Yeat. However, these releases have since been deleted.

Yeat began using his current pseudonym – a simple word which would be easily remembered – in 2018 with the song “Br!nk”, which was uploaded on the YouTube channel Elevator. The song became viral, and just a few months later, his debut EP “Deep Blue Strips” came out.

He continued to impress the public with his creations, and his new mixtape “Wake Up Call”, was released on 9 January 2019.

In July of the same year, Yeat released his second EP, entitled “Different Creature”, followed by the mixtape “I’m So Me”.

Yeat was making huge steps forward as a musician, mixing various styles of rap music, including drill rap, cloud rap and other styles, saying that his music couldn’t be fitted into a straightforward style.

He struggled to make a more significant impact on the music scene pre-COVID, but with the expansion of such popular social media apps as Instagram and especially TikTok, his music was heard by many.

The pandemic didn’t stop him from releasing new music; his subsequent release was the mixtape “I’m So Me” in January 2020, then in April of the same year, Yeat released the EP “We Us”.

However, it wasn’t until 2021 that he achieved world stardom. The release of his mixtape “4L” launched him to fame, as songs “Sorry Bout That” and “Money Twerk” became viral hits thanks to TikTok.

In August of the same year, he released the EP “Trendi”, which only further increased his success with songs “Mad Bout That” and “Fukit”. In August 2021, a part of his song “Get Busy” went viral on TikTok mainly because of its line, “this song already was turnt, but here’s a bell”. Rappers Drake and Lil Yachty commented on the song, and used it in their own videos.

Yeat secured a one-album deal with Interscope Records, and his debut “Up 2 Me” came out on 10 September 2021, to positive reviews, after which he signed deals with Field Trip Records and Geffen Records. “Up 2 Me” landed at No. 58 on the US Billboard 200 chart, and spawned such hits as “Money So Big” and “Get Busy”, among others.

The star rapper entered 2022 with a new album announcement, scheduled for release in mid-February, but before it came out, Yeat released the single “Still Countin'”, with an accompanying music video directed by Cole Bennett.

His second studio album and the major-label debut “2 Alive” was released on 18 February through Geffen Records, and debuted at No. 6 on the Billboard 200 chart, which is a massive improvement compared to his first studio album.

It spawned several hits, including “Poppin'”, the duet “Outside” with Young Thug, then “Rackz Got Me”, a collaboration with Gunna, “Big Tonka” and “3G” on both of  which he worked with Lil Uzi Vert.

As of mid- 2022, Yeat’s net worth has been estimated to be around $1 million, earned through his successful career as a musician, which has been active since 2018.

In regards to his personal life, Yeat has been very secretive about it, which has created a number of rumors, including him being bisexual. One of the rumors includes that he was in a relationship with the Instagram star Symone Ryley. She had a few pictures of them on her official Instagram account, and would block people who commented on Yeat’s real name under their pictures.

According to reports, the two were together for around a year before breaking up. However, Yeat is yet to comment on this rumor.

Moreover, there is a rumor about Yeat being in a romantic relationship with a non-celebrity American man, though there is no evidence so far to support this claim, nor has Yeat addressed this rumor.

According to sources, he’s single, and for now solely focused on his rising career.

The popular musician has black hair and brown eyes. He stands at the height of 5ft 8ins (1.73m), while he weighs approximately 143lbs (65kgs). His vital statistics are unknown, though he has an average figure.

Yeat is a car enthusiast, and has a collection of expensive cars in his garage, some of which  he’s shown off on Instagram.

He is known for always wearing a cap or a hood on his head.

An avid animal lover, Yeat has two pet dogs, and has donated money to an animal shelter close to his Los Angeles home.

Yeat is an avid traveler, and has already been to several USA states, both for work and pleasure, but has said that his dream travel destination is Amsterdam in the Netherlands.

In addition to music, he’s interested in acting, and is preparing for a Hollywood debut. Until that happens, he remains in awe of such actors as Bruce Willis, Vin Diesel and Angelina Jolie, among others.