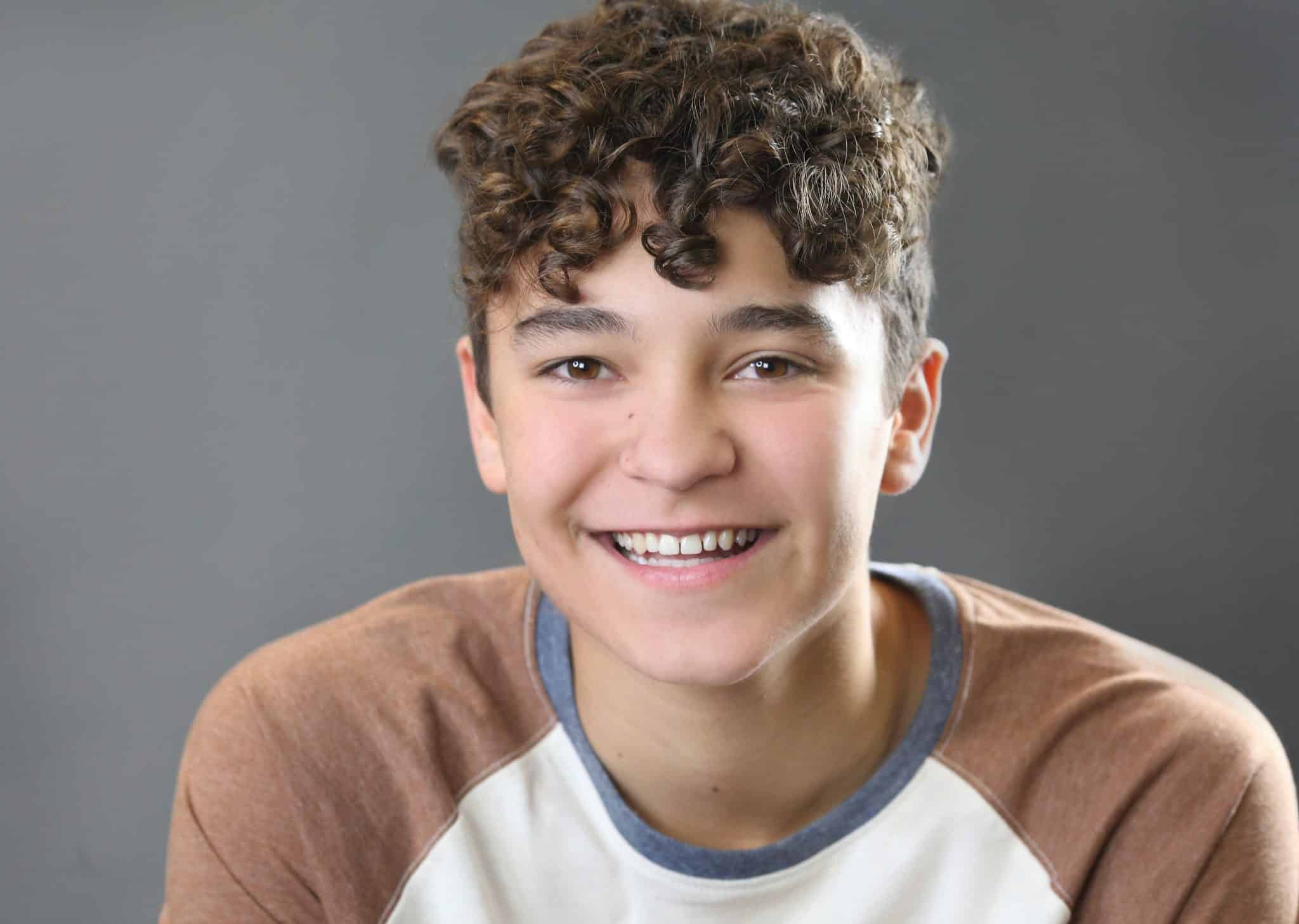 Who is Pierce Gagnon?

American actor Pierce Gagnon was born in Atlanta, Georgia USA, on 25 July 2005 under the zodiac sign of Leo. He’s appeared in 16 movies and TV series, and is probably best known for his portrayal of Cid in the critically acclaimed 2012 action science fiction movie “Looper”, written and directed by Rian Johnson, and which starred Joseph Gordon-Levitt, Bruce Willis and Emily Blunt. Set in 2074, the movie follows Joe who’s being hunted by the mafia – it won 18 of the 65 awards for which it was nominated.

Pierce’s Mormon parents raised him in Atlanta, alongside his siblings Poppy, Knox and Steele; not a lot about his family’s known, because Pierce respects their privacy.

He watched movies and TV series with his parents on a daily basis, and after noticing his interest in acting, they began taking him to auditions when he was only four. Pierce was five when he made his debut film appearance, playing Distraught Son in the 2010 adventure horror “The Crazies”, directed by Breck Eisner, and which starred Radha Mitchell, Timothy Olyphant and Danielle Panabaker. It follows a virus outbreak in a farming town, and the movie was nominated for 11 awards.

Following the launch of Pierce’s career, he and his family moved to Los Angeles, California where he’s currently attending a local high school; he should be matriculating in 2023, and it’s believed that he won’t be pursuing a college degree, but will rather focus on acting.

Pierce played Little Joe in the 2010 family drama “The Way Home”, and gained recognition in 2014 when cast to play Tucker Bloom in the comedy drama “Wish I Was Here”, written and directed by Zach Braff, who also starred in it alongside Pierce and Joey King. It follows a struggling actor who’s being forced to choose between his family and career – the movie was nominated for six awards.

Pierce voiced Tiago in the critically acclaimed 2014 animated adventure comedy “Rio 2”, which won two of its 27 award nominations, and played Douglas Mitchler in the 2014 comedy drama “A Merry Friggin’ Christmas”.

When I was working on #Tomorrowland @BradBirdA113 made a deal with me – he would do his Edna Mode voice if I would do my “Looper face” 🤯 my whole family loves the #Incredibles movies AND the new ride at #DisneyCaliforniaAdventure. Who else has been? pic.twitter.com/YZNBUowTAC

In 2015, Pierce was Nate Newton in the hit action family drama “Tomorrowland”, which Brad Bird wrote and directed, and which starred Hugh Laurie, Britt Robertson and George Clooney. It follows a teenager and a former boy genius who’ve set out to find a place which exists only in their memory; the film won two of its 21 award nominations.

Pierce’s debut TV series role came in 2012, when he portrayed Logan in seven episodes of the romantic sports drama “One Tree Hill”. Mark Schwahn created the popular series, which starred Hilarie Burton, James Lafferty and Chad Michael Murray, and follows the lives of half-brothers Nathan and Lucas Scott; it aired from 2003 to 2012, and won four of its 31 award nominations.

In 2014 and 2015, Pierce played Ethan Woods in the science fiction thriller drama “Extant”, created by Mickey Fisher, and in which he starred alongside Halle Berry and Grace Summer. The series follows an astronaut who’s become pregnant, even though she spent the last 13 months on a solo mission in space – it won one of its four award nominations.

Pierce is also known for his playing of Sonny Jim Jones in the critically acclaimed 2017 horror crime drama “Twin Peaks”, created by David Lynch and Mark Frost, and which starred Michael Horse, Sheryl Lee and Kyle MacLachlan. It follows the lives of people in Twin Peaks, 25 years after their homecoming queen was killed – the series won 21 of its 71 award nominations.

Pierce has had roles in only two other TV series: he voiced Ryan in the 2020 episode “The Boss Maybe/Family Bonding” of the short animated adventure “The Loud House”, and voiced Tim in the animated adventure comedy “The Boss Baby: Back in Business” between 2018 and 2020.

Pierce was featured in the 2013 short comedy film “Child Star Psychologist 2 with Kiernan Shipka”, as well as in the 2016 TV special “The 1st Annual Young Entertainer Awards”.

He was also nominated for a 2016 Young Entertainer Award for Best Supporting Young Actor – Feature Film, for his performance in “Tomorrowland”.

Pierce hasn’t spoken of any girls whom he might have dated, as he prefers to keep the details of his private life to himself.

However, some of his fans believe that he’s today dating a fellow actress, and that because they’re both currently working on their way up in the film industry, they prefer to keep this away from media; a fan has also claimed to have seen Pierce and the mysterious girl kissing in public in Los Angeles, but no evidence has been provided to support any of these claims.

There are also those who believe that at just 17, Pierce isn’t interested in pursuing love at the moment, but rather wants to focus on acting, and education.

He seems to be unattached as of September 2022.

Pierce has written on his Instagram account that he’s dreaming of becoming a famous director when he grows up; he’s followed by over 1,200 people on the social media network, but has uploaded only four pictures onto his account.

He enjoys playing various sports with his friends, exceling at soccer and tennis; Pierce has also recently begun going to the gym, and has two to three training sessions a week.

He loves animals, and occasionally volunteers at a local animal shelter.

His favorite actors are Matt Damon and Leonardo DiCaprio, and some of his favorite movies are “Shutter Island”, “Catch Me If You Can” and “Good Will Hunting”.