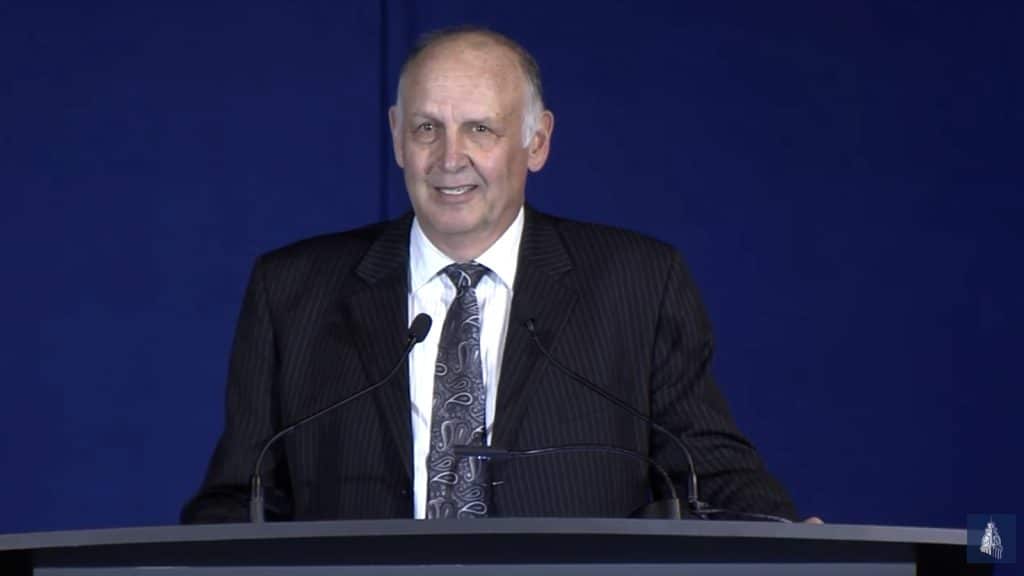 Nick Searcy Net Worth, Wife, Children. What is he doing today?

Who is Nick Searcy?

Nick Searcy is an award-winning American actor, perhaps best known to the world as Chief Deputy United States Marshal Art Mullen in the TV series “Justified” (2010-2015), and as General Hoyt in the film “The Shape of Water” (2017), in addition to numerous other roles that he’s secured so far in his career.

What is He Doing Today?

Nick was most recently seen as one of the main stars in the western thriller-drama film “Terror of the Prairie”, which premiered on 14 June 2022., and is now working on several projects which are in post-production, including the western “The Old Way”, starring Nicolas Cage, Clint Howard and Abraham Benrubi, and the biopic on Ronald Reagan, entitled “Reagan”, both expected to premiere in late 2022.

Moreover, he’s currently on the set of the thriller film “Muzzle”, in which he will star with Aaron Eckhart and Grainger Hines. Directed by John Stalberg Jr., the film is yet to receive its premiere date.

Nicholas Alan Searcy was born on 7 March 1959 in Cullowhee, North Carolina, USA. The son of Billy Searcy and his wife Brenda, Nick attended Cullowhee High School, after which he enrolled at the North Carolina School of the Arts. However, he ultimately obtained a degree in the English language from the University of North Carolina at Chapel Hill.

After graduating in 1982, Nick moved to New York, where he launched his career with a string of off-Broadway appearances in such plays as “Cabaret, “Guys and Dolls”, and “Jesus Christ Superstar”. This lasted until 1989, when he returned to North Carolina and started appearing in local on-screen projects.

He secured a minor role in the Academy Award-nominated sports action drama “Days of Thunder” (1990), with Tom Cruise, Nicole Kidman, and Robert Duvall in the lead roles, and the following year, Nick appeared in the eponymous romantic drama film “The Prince of Tides”, which earned seven Oscar nominations, starring Barbra Streisand, Nick Nolte and Blythe Danner. These two appearances earned him the role of Frank in another Oscar Award-nominated film, “Fried Green Tomatoes” (1991), with Kathy Bates, Jessica Tandy and Mary Stuart Masterson.

In 1992 he starred as Rob Morgan in the television drama movie “A Mother’s Right: The Elizabeth Morgan Story”, alongside Bonnie Bedelia, Terence Knox, and Kenneth Welsh, followed by the role of Sheriff Rawlins in the Academy Award-winning action crime-drama film “The Fugitive”, with Harrison Ford, Tommy Lee Jones, and Sela Ward as the main stars.

In 1994 he was Brett in the short-lived TV comedy series “Thunder Alley”., then appeared in the Academy Award-nominated drama film “Nell”, about a young woman living in a remote woodland cabin isolated from the outer world, with Jodie Foster in the lead role, alongside Liam Neeson and Natasha Richardson.

From 1995 to 1998, he portrayed Deputy Ben Healy in the Primetime Emmy Award-nominated TV horror thriller-drama series “American Gothic”, which follows the story of a small-town sheriff with demonic powers, starring Gary Cole, Lucas Black and Sarah Paulson, among others.

In 1997, he tried himself as a director, as he sat behind the camera of the drama film “Carolina Law”, written by Sean and Sue Ellen Bridgers, and also starred in the film.

Nick became more popular as he secured more prominent roles, and was widely praised for his acting skills.

In 1998, he was selected for the role of Nathan Ramsey in the award-winning sci-fi action-drama series “Seven Days”, created by Christopher and Zachary Crowe, co-starring Jonathan LaPaglia, Don Franklin and Justina Vail, appearing in all 66 episodes of the popular series through 2001, and though he didn’t win any award, he was praised for his work.

Concurrently, in 1998 he starred alongside Tom Hanks and Lane Smith in the TV mini-series “From the Earth to the Moon”, about the Apollo manned space program.

He continued his career quite successfully into the early 2000s. First, he portrayed Captain Saunders in the war-drama film “Tigerland” (2000), directed by Joel Schumacher, and appeared in Robert Zemeckis’ Academy Award-nominated romantic adventure-drama film “Cast Away”, with Tom Hanks in the lead role.

In 2003 he was cast in Chris Rock’s comedy film “Head of State”, while in 2004, he portrayed Tom Ford in the biopic crime-drama film “The Assassination of Richard Nixon”, starring Sean Penn. The same year he was selected for the role of Barry in the TV comedy series “Rodney”, co-starring in all 44 episodes of the popular series with Rodney Carrington, Jennifer Aspen, and Oliver Davi.

In 2007 he starred in the crime-drama film “An American Crime”, a true story about Gertrude Baniszewski, who imprisoned a young girl in her basement, exposing her to numerous sexual and other kinds of harassment by Gertrude’s own and neighboring children, co-starring Elliot Page, Catherine Keener and Ari Graynor among others.

Two years later, he starred in the horror thriller-drama film “Cold Storage”, and in 2010, Nick secured one of his most prominent roles to date, chosen as Chief Deputy United States Marshall Art Mullen in the Primetime Emmy Award-winning action crime-drama series “Justified”, co-starring with Timothy Olyphant and Joelle Carter. He starred in all 78 episodes until 2015, becoming a world star thanks to the popularity of the series.

He had the prominent role in the 2011 Academy Award-nominated biopic “Moneyball”, starring Brad Pitt, Robin Wright, and Jonah Hill, followed during the next 12 months as Mr. Miller in the mystery action-adventure film “Gone”, starring Amanda Seyfried, Jennifer Carpenter and Wes Bentley.

He then mainly focused on his work as Art Mullen in the aforementioned “Justified’, also appearing in minor roles in several TV series, while in 2016, he returned with the role of Deke Simmons in the TV mini-series “11.22.63”. The next year, he portrayed General Hoyt in Guillermo del Toro’s fantasy romantic-drama film “Shape of the Water”, which starred Sally Hawkins, Octavia Spencer, and Michael Shannon – the film won four Oscars, and Nick earned a joint Gold Derby Film Award nomination in the category of Ensemble.

He continued with the part of Chuck Fromer in the adventure film “Destined to Ride”, then co-starred in the action crime-drama film “Legal Action”, both in 2018.

The same year he produced, directed and starred in the crime drama film “Gosnell: The Trial of America’s Biggest Serial Killer”, about an American doctor and abortion provider, Kermit Gosnell.

To speak further of his accomplishments, Nick appeared in the award-winning TV mini-series “The Hot Zone” (2019), with Julianna Margulies, Tony Goldwyn, and Noah Emmerich as the main stars, while in 2021, he had the double role of Thompson / Colonel in the drama film “Hotel Coppelia”, starring Lumi Lizardo, Nashla Bogaert, and Jazz Vila.

Nick Searcy’s wealth has been estimated at close to $4 million, as of mid- 2022, which he’s earned through his long and successful career. He’s made more than 130 appearances in films and TV series since the early ’90s.

My son and I think Burgess is right and you’re dumb. pic.twitter.com/HWwsgfStIj

Nick has been married to actress Leslie Riley since 1986, with whom he has two children, Chloe and Omar. The family resides in Southern California.

Nick is known for his conservative takes on multiple social issues; his controversial social media outbursts have become a topic of numerous news outlets. He mocked Sean Penn and his political views upon the death of Penn’s longtime friend, Hugo Chavez. Moreover, he told Kevin Nash that he is an ‘ass-kissing’ statist because of Nash’s remarks on the Affordable Healthcare Act.

He also criticized Donald Trump in 2016, saying that the election was ridiculous. His behavior has got him into several problems, and he’s said he isn’t sure whether he lost some potential roles due to his political and social beliefs.