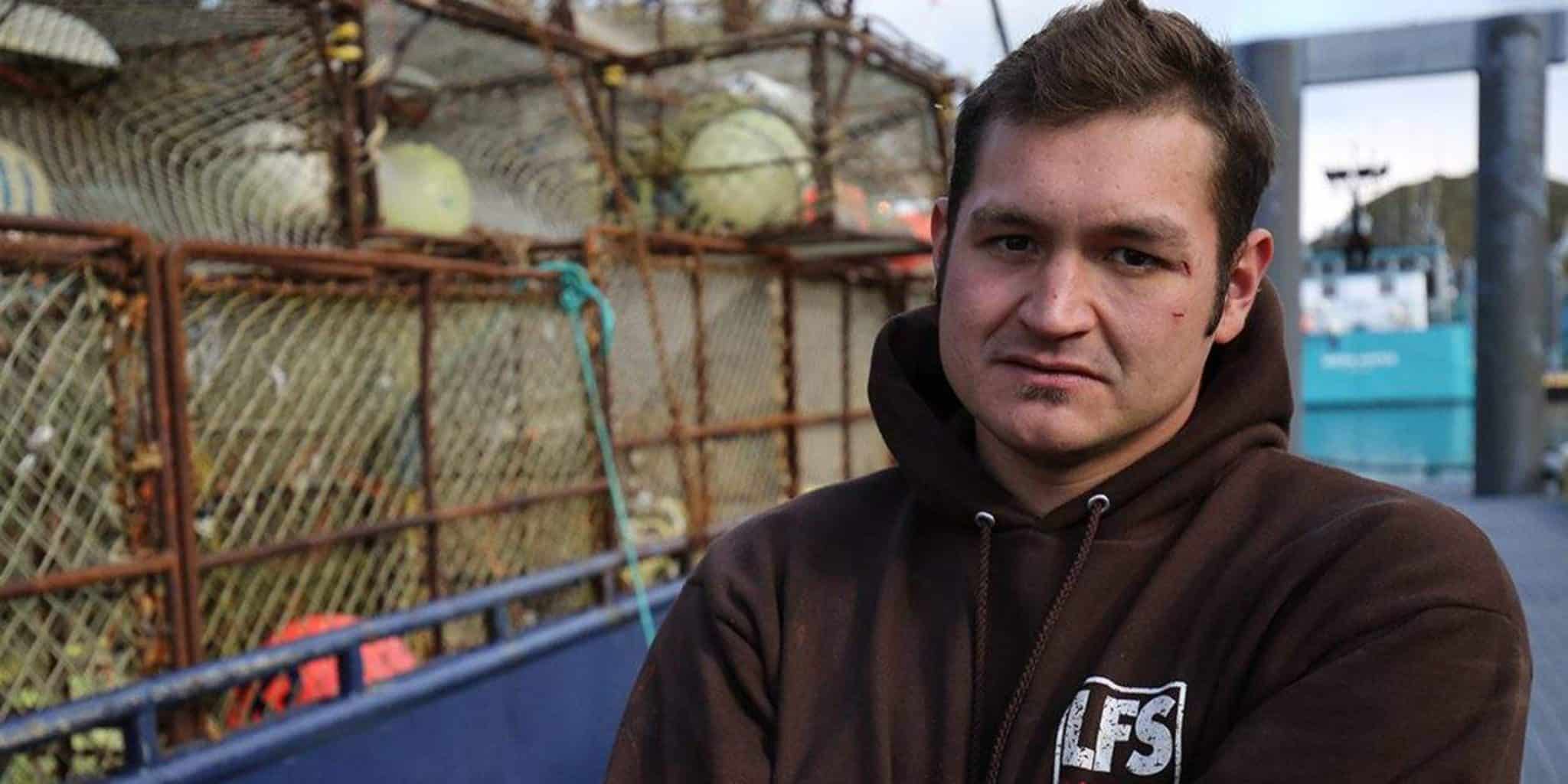 “Deadliest Catch” is a Discovery Channel production that premiered in April 2005, and shows viewers the perils faced by crab fisherman working in the Bering Sea during the snow crab and Alaskan king crab fishing seasons which take place in January and October every year. The gripping reality series is filmed in Alaska’s Aleutian Island and airs worldwide, with the 18th season premiering in April 2022.

As is the case with almost all Discovery offerings, human relationships and the rapport between cast members play an important role in the show’s success. Often faced with unfavorable weather conditions including high waves and gale-force winds, it’s little surprise that viewers feel sympathy for the camera crews and fishermen as they battle a stressful and often life-endangering work environment.

The comings-and-goings on the boats are the focus of each episode, with the fleet’s captains getting plenty of screentime, although the rookie crew members – known as “greenhorns” – are considered by some to be the show’s unsung heroes. Some of the fleet members are related, such as the Hansen and Colburn brothers, which adds an extra dimension to their friendly rivalries and occasional spats.

Alaskan crab fishing is known to be one of the most dangerous jobs there is, so there are always US Coast Guard (USCG) rescue squads on standby. The rescue squads have saved the day plenty of times, especially during the losses of F/V Ocean Challenger, F/V Big Valley and F/V Katmai, which occurred between 2005 and 2008, and can often be seen helping out crew members in tricky situations caused by the Bering Sea’s harsh conditions.

Although there’s no on-camera host on “Deadliest Catch”, there are narrators – Mike Rowe for North America and Bill Petrie for UK – who explain and connect each storyline, while a mock-up radar screen showing the position of each ship takes viewers from one boat to another. Originally, Mike was intended to be the on-camera host, and had appeared in many episodes of season one. When he was forced to choose between being an on-camera host for “Dirty Jobs” or “Deadliest Catch”, the narrator picked the former, and most of the taped footage he shot for the first season was turned into a “Behind the Scenes” episode.

From season three onwards, Mike also began hosting “After the Catch”, a post-season miniseries that takes place entirely behind the scenes, and in which the captains have a roundtable discussion, and look back on their best and worst moments of the season.

Blurring or pixelization is often used to keep the show – which is rated TV-14 in the US – age-appropriate. Bloody injuries, finger gestures, and profanities are commonplace due to the stressful nature of the cast member’s jobs.

The Wizard and Northwestern crews are the stars of “Deadliest Catch” and have appeared in pretty much every season since 2005, while other fishing vessels have come and gone over the years.

Keith Colburn, captain of the F/V Wizard, is something of a celebrity in the crab fishing industry, with hundreds of thousands of fans across his social media platforms. The mustached Californian, who is famous for his no-nonsense attitude, works alongside his brother Monte, Tyler and Todd Gateman, his first mate Gary Soper, and a few deckhands.

Born in March 1963, Keith has been married to his wife Florence – with whom he shares two children – for decades. His fishing adventure began in late 1985, when he and his best friend Kurt Frankenberg caught a flight to Kodiak, Alaska, with just $50 and a tent between them. Allured by the moneymaking potential, and determined to try something new, Keith started out at the bottom, and joined the crew of F/V Alaska Trader as a greenhorn with no experience.

Soon falling in love with the lifestyle, Keith joined the Wizard as a full share deckhand just three years later. Between 1990 and 1992, he earned his USCG 1600-ton Mates license and 1600 ton inspected Masters, transitioning from deckhand to pilot. Mentored by John Jorgensen, who came from a long line of pioneer commercial fishermen, Keith learned to trust his instincts instead of following the crowd – which has often paid off enormously.

In 2002, the Wizard found itself all alone out at sea after venturing 200 miles further North than the rest of the boats. A risky decision that could’ve ended in tragedy ended up being a record-breaking year, as Keith and his crew caught 540,000lbs of snow crab compared to the average catch of 130,000 lbs. Two years later, the captain repeated his strategy – and caught a total of 400,000lbs of crab compared to the second-best catch of 250,000lbs and the average catch of 125,000 lbs.

Although the energetic Californian shows no signs of slowing down, and has lent his expertise to dozens of “Deadliest Catch” spin-offs such as documentaries and TV movies, Keith is also an aspiring public speaker, who is looking to expand his brand. Cooking is just another of his passions that he’s been able to make money from, as the captain launched his own line of sauces and dry rubs in 2015.

The roaring success of Keith’s “Captain Keith’s Catch” line surprised many people. However, long before becoming a celebrity crab fisherman, Keith began working in French restaurants at the tender age of 14, gradually climbing up the ranks from saucier to sous-chef to executive chef. Unsurprisingly, crab and seafood in general are the staples of Keith’s signature dishes.

Now moving on to the F/V Northwestern, which captained by Sig Hansen. His brother Norman helps keep things running smoothly as the engineer and deckhand, while Sig’s daughter Mandy is the captain-in-training, primed to take over her father’s position when the timing’s right. Mandy’s husband Clark is the boat’s greenhorn, making things a real family affair – which is fitting, keeping in mind that Sig and Norman are descended from a long line of Norwegian fishermen.

Their grandfather and great-grandfather were opilio crab fishing pioneers who became enormously popular within the industry, after helping crab boats earn money all year round, and not just for a few months a year. Enthralled by the family business, Sig began working on his father Sverre’s boat when 14 years old, and perfected his skills after graduating from high school. Spending roughly 10 months a year in Alaska and on the Bering Sea, Sig became a relief skipper shortly after his 22nd birthday. His tasks consisted of relieving the Northwestern’s other captains, and doing short-haul stints on the fleet’s other boats.

The Northwestern, which Sig has been running full-time since he was 24 years old, has been hailed for its safety record, with a much lower serious injury rate than average, and no deaths at sea to date. In 2005 and 2006, the fishing vessel caught the highest poundage of king crab and opilio crab respectively, and won the final derby seasons in “Deadliest Catch”.

SHARE if the Northwestern is your crew! Draft them, here → http://dsc.tv/vzpjq

Much like Keith, Sig has spent years laying the foundations for a comfortable retirement. In 2010, he co-wrote his first book “North By Northwestern: A Seafaring Family on Deadly Alaskan Waters”, which became a Wall Street Journal and New York Times bestseller. Months later, he would appear on “The Tonight Show with Jay Leno”, when he spoke of his desire to be a contestant in the following season of the hit reality show “Dancing with the Stars”.

It’s rumored that the Seattle native negotiated a much higher salary to return to “Deadliest Catch” for season seven, as he announced his departure from the program in September 2010, but backtracked just a month later. Although his transition from fisherman to A-lister didn’t quite work out, Sig also competed in season 14 of “The Celebrity Apprentice”, and did voiceover work on “Cars 2”.

The cast of “Deadliest Catch” has been plagued by several deaths since 2005, with one of the saddest being Captain Phil Harris in 2010 at the age of 53, due to a massive stroke. Tony Lara, the former captain of F/V Cornelia Marie, would die just five years later at the age of 50, after suffering a massive heart attack while asleep.

Blake Painter and Justin Tennison, who were aged 38 and 33 at the times of their deaths, both passed away under what some fans call mysterious circumstances. Blake, who had a brief stint on “Deadliest Catch” in 2006 as the Maverick’s captain, was found dead at home – no official cause of death was given, despite rumors of an accidental overdose. Meanwhile, Justin died in a hotel room in Alaska mere days after returning from sea; the cause of death was later announced as complications from sleep apnea.

Nick McGlashan, who starred on the hit reality series "Deadliest Catch," has died in Nashville, the Davidson County Medical Examiner confirms. He was 33. https://t.co/LQZoyoe3TR

Tragedy struck once again with the death of Nick McGlashan in December 2020. Two days after Christmas, the Tennessee native – who had two children – was found dead of a drug overdose at just 33 years of age. One of the first persons to receive the bad news was his close friend and captain Bill Wichrowski.

Although Sig and other cast members offered their support and condolences, Bill took Nick’s death the hardest. In a heartbreaking tribute episode, which was attended by the deck boss’s family and every current cast member, Bill threw Nick’s hook into the ocean, and fired off expired flare guns in his friend’s memory. He also said over the radio: “We’re gonna say goodbye to Nick McGlashan, but he’ll always be with us… I love you guys [the other cast members] for coming in for this. I’m really blown away. Thank you.”

Nick had been open regarding his past addictions to alcohol, meth, and heroin, and had checked into rehab in 2017, causing him to miss out on the show’s 13th season.

As mentioned, commercial fishing is one of America’s most perilous jobs. With a 141.7 per 100,000 fatality rate according to the Bureau of Labor Statistics, the occupation was 75% more dangerous than being a flight engineer, logger, or pilot. With that said, Alaskan king crab fishing is a whole different story due to the Bering Sea’s weather conditions, which is what makes the show even more interesting.

The pilot episode of “Deadliest Catch” claimed that the injury rate for crew members on most boats is nearly 100%, and the death rate averages almost one fisherman per week during the main crab seasons. Ice formations and frigid gales aside, crab fishermen must wrangle complicated and heavy machinery on the boat’s deck, which is constantly moving. As of 2005, 80% of the deaths in the Alaskan king crab fishing industry had been caused by drowning or hypothermia – there were reportedly over 300 fatalities per 100,000.

The derby vs. quota fishing systems has also been a topic of controversy. Until 2006, crews of king crab fishermen would compete during a small time window. With the implementation of the Individual Fishing Quota (IFQ) system, owners of crab boats were given quotas to fill at a more leisurely pace.

Although the IFQ system claims to be safer, and was expected to increase crabs’ market value, many crews were put out of work, as the owners of small boats failed to meet operating expenses with their assigned quotas. After the first crab fishing season under the IFQ system, just 89 boats remained, with over 160 being left unemployed.

“Deadliest Catch” is clearly not for the faint-hearted, but some viewers have also criticized the on-screen bullying of greenhorn fishermen by veteran deckhands. In earlier seasons, a fisherman berated his captain and was fired almost instantly, which is somewhat understandable. However, a more memorable incident that took place on the fishing vessel Wizard, saw a greenhorn sailor punch a more senior fisherman who had subjected him to constant bullying and harassment. Outraged fans of the show took to social media to express their disappointment at the decision, with others claiming that the greenhorn took things too far by resorting to physical violence.

Such is the stress of the industry in which these fishermen work!