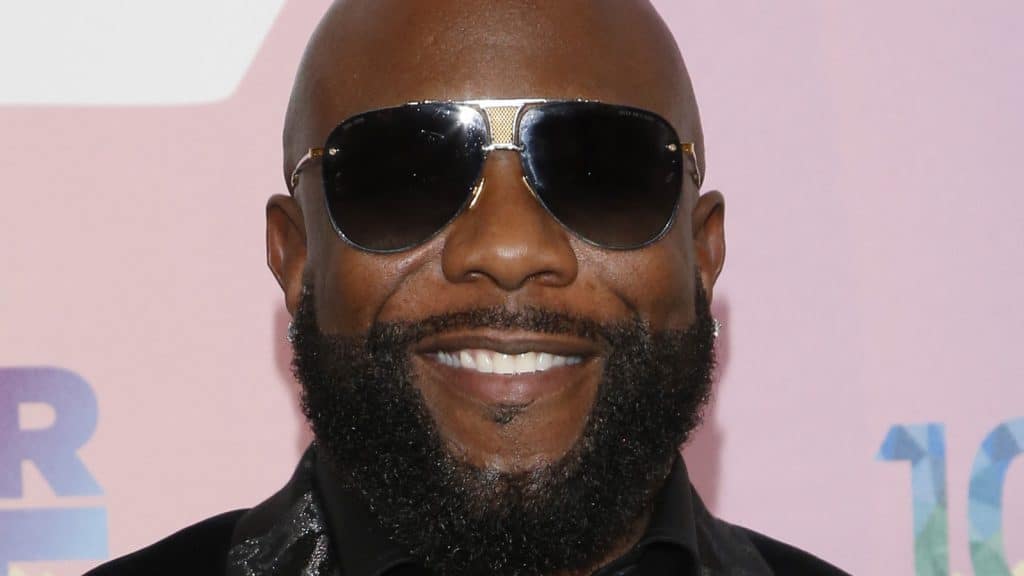 Nathan Morris is an American singer and businessman, who is most famous for founding the American R&B band Boyz II Men.

Nathan Bartholomew Morris was born under the Gemini zodiac sign on 18 June 1971, in Philadelphia, Pennsylvania, so is 51 years old as of 2022. His parents are Peter and Pam Morris, and he was brought up with his two sisters. His father left them when he was about ten years old due to financial problems. Nathan went to church regularly and was a choir member, which saw him also learning to play the trumpet at a young age.

Nathan’s fourth-grade teacher discovered his singing talent, and encouraged him to attend the South Philadelphian performing art school Meredith Junior High School. He was later enrolled at Philadelphia High School for the Performing & Creative Arts, and was also physically active, playing in the school’s tennis and basketball teams. Nathan later developed an interest in music, and partnered with his schoolmate, Marc Nelson to create the Unique Attraction band in 1985. Shortly afterward, his schoolmates, Marguerite Walker, Jon Shoats and George Baldi joined the band but they disbanded after matriculating. The band later reformed with bass singer Michael McCary, Wanya Morris, and Shawn Stockman and changed its name to Boyz II Men in 1989.

In 1989, Nathan and his bandmates snuck into the Bell Biv DeVore concert, held in their hometown, and performed for the music producer and New Edition Member, Michael Bivins. Nathan later convinced Bivins to become their band’s manager, and they thereafter released their debut album, “Cooleyhighharmony” in 1991. Boyz II Men’s first single, “Motownphilly” topped the R&B charts, and their second single “End of the Road,” which was co-written by Kenneth Edmonds for Eddie Murphy’s movie “Boomerang” soundtrack, propelled the band to stardom – it came in at position one in Pop Charts for close to 13 consecutive weeks, and eventually beat the record set by Elvis Presley with his singles “Don’t Be Cruel” and “Hound Dog” in 1956.

Look Mama we made it! 🤩 Thank you New York Post for highlighting the success of our song "End Of The Road". Click the link to check out the article ➡️ https://bit.ly/3JXEfMX

Boyz II Men released their second album, “Christmas Interpretations” in 1993, then “II”, which was a success and sold over 12 million copies in the US alone in the year that followed. Two of the most popular singles in the latter album were “I’ll Make Love to You” and “On Bended Knee.” Morris and other Boyz II Men bandmembers later created a recording firm, Stonecreek – distributed by Epic Records – and in 1997, they released the album “Evolution” but it wasn’t as successful as the three previous albums. In 1999, Boyz II Men band was signed to Universal Music Group and released the studio LP “Nathan Michael Shawn Wanya”, which comprised the singles “Thank You in Advance” and “Pass You By” in 2000, but it ‘only’ sold around 500,000 copies in the U.S. and a million copies worldwide.

In 2002, Boyz II Men signed a deal with Arista Records, started recording the album “Full Circle,” and recruited Kenneth ‘Babyface’ Edmonds for the single “The Color of Love.” “Full Circle” was the last album the band released as a quartet before Michael McCary left the band in 2003 after he suffered from multiple sclerosis (MC) which caused chronic back problems.

In 2004, Boyz II Men launched the label MSM Music Group, which was distributed by Koch Records and they thereafter released the LP “Throwback, Vol. 1,” comprised of singles such as “What You Won’t Do for Love” by Bobby Caldwell, and “Human Nature” by Michael Jackson.

In 2007, the group signed with Universal Records again, and released their LP “Motown: A Journey Through Hitsville USA.” In 2009, Nathan announced that the band would be releasing a cover album covering ‘artists I don’t think people would expect us to cover!’ and they shortly afterwards released the album “Love” on 23 November 2009, which comprised of love songs that were outside the R&B genre.

In observance of Valentine’s Day, the Boyz II Men band headlined the “Love Cruise” and toured Miami and Nassau. They later released the album “Twenty” in 2011 to celebrate their 20 years in music. In 2013, the band announced that they would stop touring and perform at the Las Vegas-based Mirage Hotel and Casino. They later released their 11th album, “Collide” in 2014, and in 2017, they began appearing in commercials for the American GEICO Auto Insurance. Boyz II Men released their latest album entitled “Under the Streetlight” in 2017, and in 2018, performed “Ladies Man” in the ABC reality TV show “Dancing with the Stars.” The band also announced that they would appear as themselves in the ABC comedy “Schooled.”

Boyz II Men’s album, “Cooleyhighharmony” and the single “I’ll Make Love to You” were a huge success, and the former sold more than nine million copies in addition to winning four Grammy Awards in the category of the Best R&B Performance by a Group from 1992 -1995. They have also won several American Music Awards, Billboard Music Awards, and Soul Train Music Awards. The band also received numerous MTV Video Music Awards in the mid-’90s.

Happy Birthday, Nathan Morris!Nathan is a member of the R&B vocal group Boyz II Men. Listen to their newest album, "Under The Streetlight" on Freegal Music now:https://goo.gl/iKKLkd

Morris is very secretive about his personal life. He married the TV personality, Toyanna Morris, in 2011. Toyanna taught music at Meredith High School of Performing Arts. They had formerly welcomed a son named Nathan Morris, Jr. in 1996. The couple is seemingly living happily together in Philadelphia.

Morris is of Afro-American ethnicity and has black hair and black eyes. He is 5ft 10ins (1.78m) tall and weighs approximately 207lbs (94kgs). He is very keen on fashion, and loves wearing stylish clothes.

Nathan has made a name for himself as a businessman and singer, and has earned a fortune. His album, “Boyz II Men Boyz Evolution” became a hit, and grossed close to $3 million. He is authoritatively worth approximately $60 million as of 2022. Morris purchased his mansion, located in West Conshohocken, Pennsylvania, in 1999 for around $390,000.