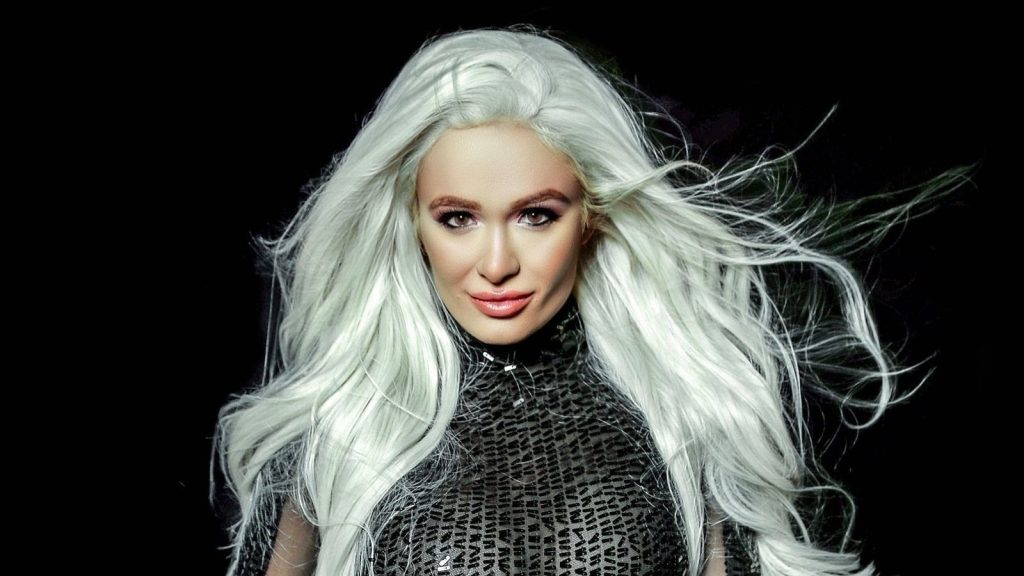 Who is Scarlett Bordeaux?

Elizabeth Chihaia, known better by her ring name Scarlett Bordeaux, was born in Edgewater, Chicago, Illinois USA, on 13 May 1991 – her zodiac sign is Taurus, and she holds American nationality. She’s a model, professional wrestler and ring announcer, probably known best for the time which she spent wrestling in World Wrestling Entertainment (WWE), as well as for being the wife of American professional wrestler Kevin Kesar, known better as Killer Kross and Karrion Kross.

Scarlett was raised in Romania by her grandparents until she turned four, when she then moved with her parents of Romanian descent to Orland Park, Illinois; not a lot is known about her mother and father, as Scarlett respects their privacy, but it’s believed that they were both high school teachers. Because she hasn’t spoken of having any siblings, most of her fans believe that she’s an only child.

Scarlett was mostly into singing while attending Carl Sandburg High School, as she was a member of the school’s choir, while she was also into wrestling, dancing and acting in school plays. Upon matriculating in 2009, she enrolled at Columbia College Chicago, from which she graduated with a Bachelor’s degree in musical theatre in 2013.

Career as a wrestler

Scarlett wrestled in her first Ring of Honor match on 6 April 2012; she, Cherry Bomb, Athena and MsChif wrestled one another, with Athena coming out as the winner. Scarlett continued wrestling in Ring of Honor until 2018.

Posted by The Perfect Ten Scarlett Bordeaux on Saturday, October 14, 2017

On 26 July 2018, Scarlett joined the professional association Impact Wrestling under the moniker Smoke Show, then in August 2018, she began starring in her own wrestling program “The Smoke Show”. On 29 March 2019, Scarlett faced and defeated Glenn Gillbertti, and on 20 April, she and Fallah Bahh defeated Desi Hit Squad. She was released from her contract with Impact Wrestling on 18 June 2019.

On 7 September 2018, Scarlett signed with Lucha Libre AAA Worldwide and fought her first match on the same day, when she, La Hiedra and Keyra defeated Vanilla Vargas, Lady Maravilla and Lady Shani. She took part in the AAA Reina de Reinas Championship on 28 October, which was won by Faby Apache; Scarlett wrestled in the same event on 2 December, which was won by Lady Shani.

She joined WWE in 2019, and made her debut on 6 May 2020 when she served as her now-husband Karrion Kross’ valet; both Scarlett and Karrion were released by WWE on 4 November 2021.

Since 2 June 2022, Scarlett’s been signed to Major League Wrestling.

Even though Scarlett prefers to keep the details of her love life to herself, she’s still allowed her fans to have a glimpse into it. She and Karrion revealed on 23 September 2021 that they had become engaged, but it remains unknown how and when they met; some of their fans believe that the two were introduced at a wrestling event by a mutual friend, although this remains unconfirmed. They revealed on 20 April 2022 that they’d exchanged vows on a glacier in Alaska, in a private ceremony attended by only the closest of their friends and family members;

Scarlett and Karrion don’t have children together, and while most people believe this to be because they’re both focused on their careers, some have claimed that perhaps one of the two is infertile.

Scarlett hasn’t mentioned any other men whom she’s perhaps been with – as of July 2022, she’s married to Karrion Kross, and doesn’t have children.

Scarlett seems to be enjoying the attention which she’s receiving from her close to 700,000 Instagram followers, and is thus quite active on the network; she’s uploaded nearly 900 pictures, most of which have been taken during her lingerie photoshoots.

She’s physically highly active and works out at the gym nearly every day, while she’s also following a strict diet, thus her slim figure.

Scarlett’s favorite season is summer, mostly because she enjoys sun tanning and showing off her hourglass figure at the beach.

She’s into travelling and has been all around the USA, for both work and pleasure, while she’s also vacationed in a couple of European countries, with her dream travel destination being Athens, Greece.

Scarlett likes to watch movies late at night, and her favorite actor and actress are Dwayne ‘The Rock’ Johnson and Angelina Jolie, while a couple of her favorite films include the franchise “Fast and Furious”, “Jumanji” and “Red Notice”.

Who is her husband Karrion?

Karrion Kross was born Kevin Kesar in New York City, USA on 19 July 1985 – his zodiac sign is Cancer, and he holds American nationality. He’s probably known best for the time he wrestled in WWE, even though he’s today signed to Major League Wrestling.

Karrion was raised in Denver, Colorado by his parents, about whom nothing’s known as he respects his privacy; he hasn’t mentioned having any siblings, so is presumed to be an only child. He began wrestling while attending a local high school, however, he began working upon matriculating in 2003, and thus didn’t pursue wrestling nor a college degree.

Karrion returned to wrestling on 24 July 2015, when he lost to Bobby Roode in a Global Force Wrestling match; he then lost to Joey Ryan on 21 August.

Karrion wrestled in his first WWE match on 1 February 2020, when he won against Tom Lawlor at the Fightland event; he was released from WWE on 4 November 2021.

He returned to Major League Wrestling in February 2022, and won his return debut match by defeating Budd Heavy.