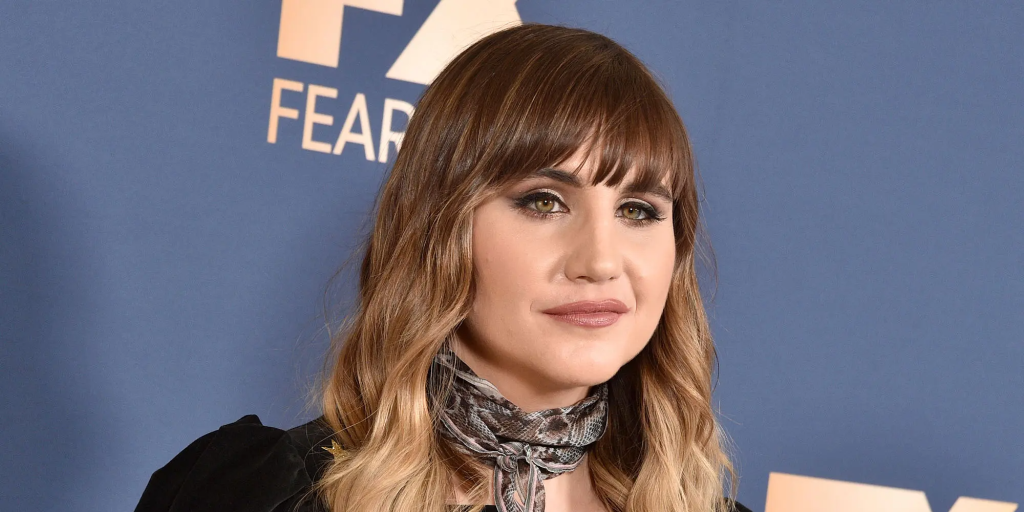 Who is Natasia Demetriou?

Natasia Demetriou is an English award-winning comedian, actress and screenwriter, perhaps best known to the world as Nadja in the TV series “What We Do in the Shadows” (2019-2022), among several other notable roles that she’s secured so far in her career.

Natasia Charlotte Demetriou was born on 15 January 1984 under the Capricorn zodiac sign, in London, England. Of English and Greek-Cypriot ancestry, she grew up in North London with her younger brother Jamie Demetriou, who is now also an actor and comedian – the two have often collaborated.

While there, she and her brother were members of the comedy sketch troupe Comedy Biscuit.

After the end of her studies, Natasia worked for a while as a make-up artist, and is also credited as one of the artists on the music videos for Boy Better Know.

Before making her on-screen debut, Natasia traveled the country with the comedy sketch troupe Oyster Eyes.

She launched her writing career in 2013, when she joined the screenwriting team of “Anna & Katy”.

The following year, Natasia was hired as the story writer for the TV comedy series “The Midnight Beast”, working on six episodes before leaving the show, becoming more focused on comedy and her own creations.

Her most successful show is the highly acclaimed BBC Three comedy sketch show “Ellie & Natasia”, collaborating with Ellie White. The show is set to receive a six-episode sequel, but has been put on hold since the Covid19 pandemic has broken out.

As an actress, Natasia made her debut in 2014 as Linda in the TV comedy series “Live at the Electric”, then made several other appearances in the same year, including in the short comedy-drama film “Intervention”, written and directed by Jim Archer and co-starring Margaret Clunie and Ed Eales White.

In 2015, she made a brief appearance in the short comedy film “Mr. Bean: Funeral”, while the following year, she portrayed Tash in 12 episodes of the TV comedy series “Years Friends”, which starred Al Roberts Ellie White and Daran Johnson; Natasia also wrote the story for one episode of the popular series.

Two years later, she joined her brother and Al Roberts in the BAFTA Award-winning series “Stath Lets Flats”, featuring in 17 episodes of the critically acclaimed series, making her popular as an actress, and opening many doors.

Concurrently, Natasia appeared in several other projects, including the comedy film “The Festival” (2018), with Joe Thomas, Hannah Tointon and Hammed Animashaun in the lead roles, then the BAFTA nominated TV comedy series “Pls Like”, starring Tim Key, Emma Sidi and Jon Pointing.

‘What We Do in the Shadows’

In 2019, Natasia was cast in the role of her career, as Nadja of Antipaxos, a Greek Romani vampire in the FX horror-comedy series “What We Do in the Shadows”. She is one of the main characters, co-starring with Kayvan Novak as Nandor the Relentless, and Matt Berry as Leslie ‘Laszlo’ Cravensworth, who was turned into a vampire by Natasia’s character, then the two married.

The series recently ended its third season run, and is renewed for a fourth season, scheduled to premiere in late 2022.

To speak further of her accomplishments, in 2020, Natasia was featured in the Academy Award-nominated comedy musical “Eurovision Song Contest: The Story of Fire Saga”, written by Andrew Steele and Will Ferrell, the latter also starring alongside Rachel McAdams and Dan Stevens.

In 2021, she joined the cast of the comedy series “This Time with Alan Partridge”, while in 2022, she portrayed Carmen in the TV series “Toast of Tinseltown”. Natasia is now working on the animated film “The Magician’s Elephant”, which is scheduled for premiere in 2023.

Natasia has appeared in several shows, showcasing her skills as a comedian and TV host. In 2018 she was a guest star in the TV show “Sunday Brunch”, while in 2020, she co-hosted the unscripted Netflix reality TV competition show “The Big Flower Fight”.

As of mid- 2022, Natasia Demetriou’s net worth has been estimated at around $3 million, earned through her successful career in the entertainment industry, so far appearing in more than 30 film and TV titles.

When it comes to her personal life, Natasia is very secretive. As a result, there is no reliable information about her love life and other aspects.

According to sources, she is currently single, and focused on her rising career as an actress. In an interview, she stated that she isn’t interested in dating, and that she uses Tinder only for bad conversation for her comedy routine. On account of this experience, she wrote and performed a solo stand-up comedy show, “You’ll Never Have All of Me”.

Natasia was very active on social media, with thousands of followers on her official accounts, but has recently deactivated all social media accounts, without explanation.

She is an avid traveler, and has visited a number of European countries, but has also been across the USA, both for work and for pleasure.

She doesn’t care much about her diet, and her father being a chef, has passed on his love for food to his daughter; Natasia is now an avid chef herself, and likes to experiment with food, creating her own recipes.