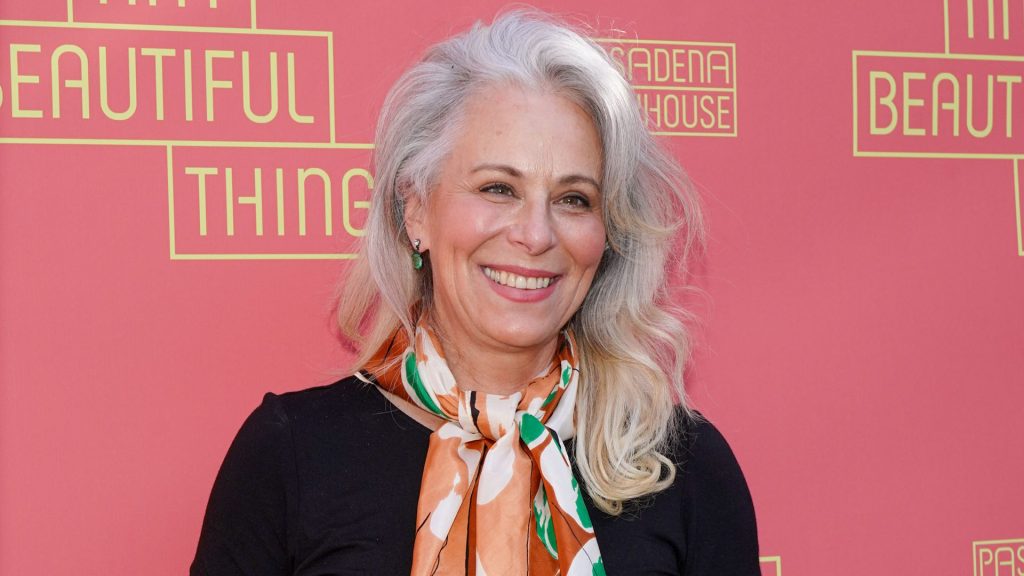 Who is Jane Kaczmarek?

If you were a fan of the family comedy series “Malcolm in the Middle”, you are certainly familiar with the character of Malcolm’s mother, Lois Wilkerson, but did you know that the actress, Jane Kaczmarek, who portrayed this character, was seven times nominated for the Primetime Emmy Award for Outstanding Lead Actress in a Comedy Series, every year from 2000 until 2006.

If you want to know more interesting facts about this renowned actress, let us tell you the naked truth about her life and work. Jane has over 80 acting credits to her name, and besides the aforementioned role, she’s been seen starring in numerous television series, while to the movie lovers, she’s perhaps known best for her roles in “Vice Versa”, “CHIPS”, and “Falling in Love”.

Jane Frances Kaczmarek was born under the zodiac sign of Sagittarius, on 21 December 1955, in Milwaukee, Wisconsin USA thus she holds American nationality, although she comes from a family of Polish descent.

She was raised in Greendale, a small village in Milwaukee County, by her parents, mother Evelyn who was a teacher, and father Edward a US Department of Defense worker. Jane has three younger siblings, brothers Bill and Jim, and sister Mary – all were raised Roman Catholic.

Speaking of Jane’s educational background, she attended Greendale High School, and upon matriculating in 1973, she enrolled at the University of Wisconsin-Madison, from which she graduated with a Bachelor’s degree in Theatre Art in 1976.

During her senior year of college, she met Tony Shalhoub (Monk), and he was the one who encouraged her to go into acting. The two enrolled together at Yale University, where Jane performed in the Yale Repertory Company, while earning herself a Master’s degree from the Yale School of Drama in 1982.

Jane made her acting debut portraying Margie Spoleto in the 1982 movie “For Lovers Only”, followed by her roles in “Right of Way” and “Uncommon Valor” in 1983, while in the following year, she was seen in the TV movies “Something About Amelia”, and “Flight 90: Disaster on the Potomac”, before her role as Katharine Holloway in “Door to Door”.

Jane was cast to play Ann Raftis in the 1984 romantic comedy “Falling in Love”, also starring Meryl Streep and Robert De Niro, and she was next seen as Emily Barnes in “The Heavenly Kid” in 1985, followed by her roles in several TV movies during 1986 and 1987.

Jane made her first television appearance portraying Sandy Burnsin the series “St. Elsewhere” in 1983, followed by her role in “Scarecrow and Mrs Kin. She was then cast to play Connie Lehman in “The Paper Chase” from 1983 until 1984, and concurrently, she was seen as Officer Clara Pilsky in “Hill Street Blues” in 1984.

In the following year, Jane portrayed Mary Newell Abbott in “Hometown”, followed by her role in “American Playhouse” (1988), before she was cast to play Linda Bauer in “Equal Justice” (1990-1991), and then starred as Karen Fisher in “Big Wave Dave’s” in 1993.

Her most notable role to date was as Lois Wilkerson, in over 150 episodes of “Malcolm in the Middle” from 2001 to 2006, with TV Guide dubbing her role as ‘a female Homer Simpson’. Besides the aforementioned Primetime Emmy nominations, Jane had over 20 award nominations for her performance in the series, including three Golden Globes for Best Performance by an Actress in a Television Series – Comedy or Musical in 2001, ’02 and ’03, winning the Golden Satellite Award for Best Actress in a Series, Comedy or Musical in 2004.

Jane hasn’t been the subject of any rumors and controversies concerning both her love life and her sexual orientation; it’s widely known that she was married to her fellow actor, Bradley Whitford. The two met thanks to actress Kate Burton, who was Jane’s classmate at Yale University, and arranged a blind date for Jane and Bradley.

Bradley is also a Wisconsin native actor, perhaps known best for his role in the critically acclaimed political drama “The West Wing”, and besides their passion for acting, he and Jane both were active with charities. The two were seen attending major award shows together, and judging by their smiles, people believed that they were in a seemingly happy marriage.

When the news about their divorce floated on the internet in 2009, Jane replied: ‘That’s a big no comment’, and added that although their divorce was unexpected, they filed for it together. The divorce was finalized in 2010, and although they haven’t shared information regarding the settlement, it’s known that they sold their 1924 villa in San Marino, California.

As of July 2022, it seems that Jane is single, while her ex-husband remarried in 2019, and his second wife is Amy Landecker, also an actress.

According to sources, Jane’s salary for her role in “Malcolm in the Middle” was around $100,000 per episode, and she starred in numerous popular series and movies earning herself a decent amount of money, so as of July 2022, her net worth has been estimated at over $9 million.