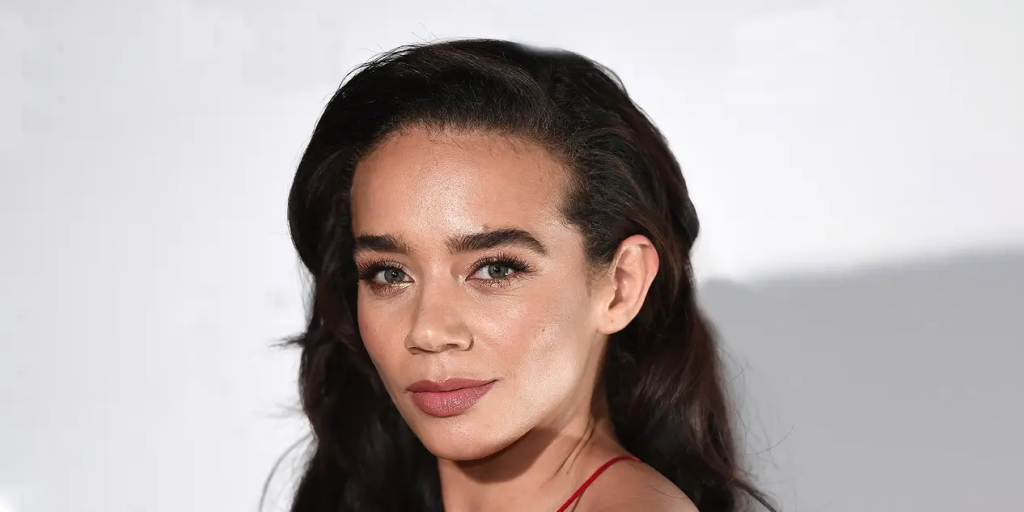 Who is Hannah John-Kamen?

Hannah is an English award-winning television, film and voice actress, perhaps best known to the world as Yalena’ Dutch’ Yardeen in the TV series “Killjoys” (2015-2019), and as Ava Starr/Ghost in the film “Ant-Man and the Wasp” (2018), in addition to several other popular roles that she has secured so far in her career.

Hannah Dominique E. John-Kamen was born on 7 September 1989 under the Virgo zodiac sign, in Anlaby, Humberside, which is now East Riding of Yorkshire, England. She’s the daughter of Johnny John-Kamen, a Nigerian forensic psychologist, and his wife Astri (nee Hansen), a Norwegian model.

The youngest of three, she has an older sister and an older brother. Hannah went to Hull Collegiate School, and later trained at the National Youth Theatre in London.

After high school matriculation, Hannah enrolled at London’s Central School of Speech and Drama, from which she graduated in 2012.

Hannah began her career as a voice actress – in the “Dark Souls” video game, she voiced Lord’s Blade Ciaran, and although she made her on-screen debut not long after, she has pursued voice acting opportunities throughout her career.

Some of her other voice acting credits include the character Sweet Sharlquoir in the video game “Dark Souls II” (2014), and she voiced Naia in the Primetime Emmy Award-winning animated adventure family drama series “The Dark Crystal: Age of Resistance”.

In 2011, the charismatic actress debuted as Carly in the TV BAFTA-winning fantasy comedy-drama series “Misfits”, which starred Nathan Stewart-Jarrett, Joe Gilgun and Iwan Rheon. The following year, she joined the cast of the mystery crime drama series “Whitechapel” as Roxy, appearing in just two episodes of the popular series, but it was enough to receive praise from casting producers and directors.

The same year, she featured in the Primetime Emmy Award-winning drama series “The Hour”, which starred Romola Garai, Ben Whishaw and Dominic West.

Then in 2013, Hannah joined the cast of the thriller crime drama series “Happy Valley”; the series won a number of awards, including four BAFTAs, among others.

Hard work and dedication were rewarded later in 2015, when she was chosen for the role of Yalena’ Dutch’ Yardeen in the TV sci-fi action-adventure series “Killjoys”. Created by Michelle Lovretta, the series follows a trio of bounty hunters in the planetary system known as Quad. Hannah’s co-stars were Aaron Ashmore and Luke Macfarlane in  the series which aired until 2019, and became an international hit, launching Hannah to stardom.

Concurrently, Hannah worked on several other projects. In 2016, she joined the main cast of the award-winning mystery crime-drama series “The Tunnel”, to portray Rosa Persaud in five episodes of the show’s second season. Next, she was Ornela in the critically-acclaimed HBO fantasy drama series “Game of Thrones”.

In 2018, Hannah co-starred with Tye Sheridan, Olivia Cooke, and Ben Mendelsohn in Steven Spielberg’s Academy Award-nominated sci-fi action-adventure film “Ready Player One”. The same year, Hannah starred as Ava / Ghost in the award-winning action-adventure film “Ant-Man and the Wasp” – her character is male in Marvel comics, however, the producers and director opted for a female character, believing casting a woman would be more enjoyable. Moreover, they chose a lesser-known actress to help maintain the mystery of the character’s secret.

She won the IMDb award as one of the 10 Breakout Stars of 2018, as she featured in a number of popular films.

She continued her career with the titular role in the eight-part British TV mystery crime-drama series “The Stranger” (2020), about a mysterious person who reveals the secrets and lies of suburban families. Hannah’s co-stars include Siobhan Finneran, Richard Armitage and Shaun Dooley, among others.

Most recently, Hannah worked on the horror film “Unwelcome” as the lead star, Maya, co-starring Douglas Booth as Jamie and Colm Meaney as Whelan. The film is completed and is scheduled for release later in 2022.

Hannah has also showcased her acting talents in several plays.

After appearing in national youth theatre productions, she reached the West End in 2012, from December to June 2013, portraying the lead character, Viva, in the Spice Girls-themed West End musical “Viva Forever”. Though the musical premiered at the Piccadilly Theatre to negative reviews, Hannah’s performance was praised, critics stating that it was a shame for Hannah and the rest of the cast to be given such a clichéd plot and poor dialogue.

As of mid- 2022, Hannah John-Kamen’s net worth has been estimated at close to $3 million, earned through her successful career as an actress, during which she’s appeared in more than 25 film and TV titles.

Hannah has kept her personal life under wraps, and as a result, there isn’t much known about it. However, according to reports, she has been in a relationship with Brett Waterton, a co-founder of Dudebox Toronto, since 2018.

In addition to acting, Hannah is a talented piano player, and also trained in various dances, including ballet, cabaret, tap, jazz, and salsa.

At 18, she moved to London to pursue an acting career, and has been living there ever since.

She likes to spend time by the water, flaunting her perfect body, and her favorite vacation destination is Ibiza, Spain.