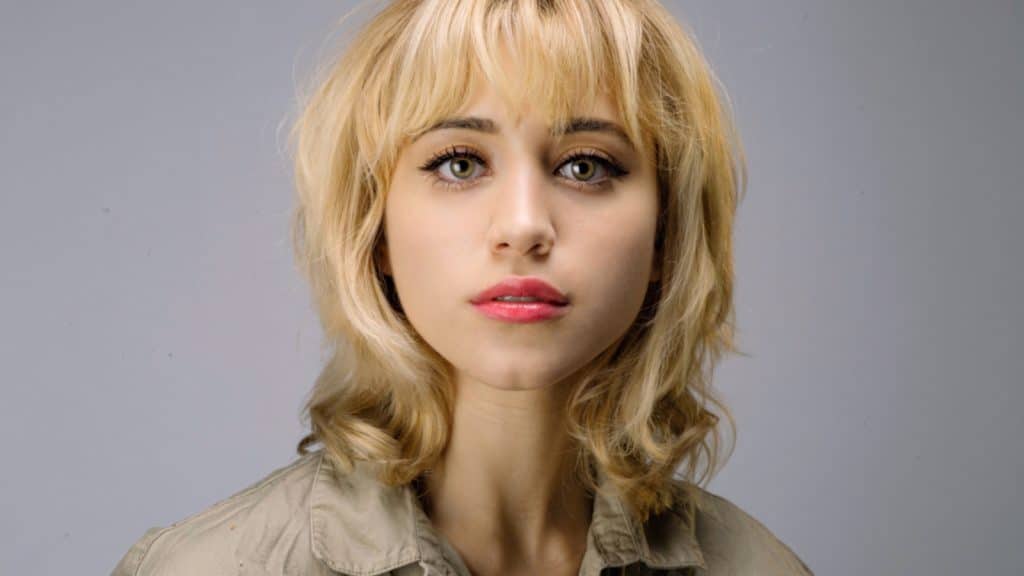 Who is Caylee Cowan?

Catherine Caylee Cowan was born in Los Angeles, California USA, on 19 March 1998 – her zodiac sign’s Pisces, and she holds American nationality. She’s an actress and film producer, who’s appeared in close to 20 movies and TV series, while she’s perhaps known best for her portrayal of the lead character Jan Hurst in the 2019 romantic movie “Sunrise in Heaven”, directed by Waymon Boone, and which also starred Travis Burns and Corbin Bernsen. It follows Jan whose father’s in the US Army, and who’s now fallen in love with a boy in the US Air Force; the movie won a Phoenix Film Festival Audience Award.

Caylee was raised in Los Angeles alongside her two maternal half-brothers, by their mother June Rock who’s academically educated, and her father who’s of Russian descent; she also has two step-sisters.

Caylee often moved while growing up, but spent the majority of her time in Phoenix, Arizona; she changed schools 11 times, and eventually matriculated from a high school in Phoenix in 2015, a year earlier than her peers. She practiced acting at the Valley Youth Theatre, the same school at which famous American actress Emma Stone honed her skills.

Caylee was mostly into practicing martial arts during her teenage years, and took Krav Maga, Taekwondo and Karate lessons, while she also practiced Shotokan.

She hasn’t attended college, wanting to instead pursue an acting career.

Caylee’s debut film role was her portrayal of Pinup Girl in the 2018 short drama “Pleasures of a Modern Woman”, and the same year saw her play Elle in the short drama “ToBox Commercial”.

In 2019, Caylee played C3AI in the science fiction thriller “Easter Egg”, directed by Stephen Garnett, and in which she starred alongside Kate Ginsburg and Madison Goodhue. It follows seven girls who’ve been genetically engineered, and have superpowers which are stronger if they’re all close to each other.

Caylee played Jan Hurst in the 2020 romantic movie “Forever Love”, the sequel to “Sunrise in Heaven”, and the same year saw her appear in both the short musical “Convenience” and the horror thriller “Incision”.

To celebrate the release of the Willys Wonderland trailer, here are a few behind the scenes film photos I took on set.

She was then cast to play Kathy in the popular 2021 action horror comedy “Willy’s Wonderland”, directed by Kevin Lewis, and which starred Nicolas Cage, Beth Grant and Emily Tosta. It follows a man who’s just begun working as a janitor at Willy’s Wonderland, and has to survive the attacks of demonic animatronics; the movie was nominated for three awards.

Three of Caylee’s most recent roles have been in the 2021 mystery crime thriller “Bad Detectives”, and in 2022  thedrama “Geo” and the thriller “Frank and Penelope”. She’s recently finished shooting for the upcoming movie “Spinning Gold”, while she’s currently shooting for both “Holiday Twist” and “Prom Night”.

Caylee’s appeared in only two TV series. She played Kelly in the 2019 episode “It’s Not Your Fault” of the short drama “Life in LA”, which was cancelled after having aired only two episodes, and played Waitress in the 2019 episode “The Spy Who Loved Me” of the critically acclaimed action crime comedy “Lethal Weapon”, created by Matthew Miller, and which starred Damon Wayans, Keesha Sharp and Kevin Rahm. It follows a veteran detective who’s been partnered with a deranged police officer; the series aired from 2016 to 2019, and won one of the nine awards for which it was nominated.

Caylee produced the 2019 short documentary movie “The Peace Between”, and is currently producing three upcoming movies: “Fast Charlie”, “Hypnotic” and “Our Summer of Song”.

She could’ve been seen making a guest appearance in various talk-shows, most recently in “Ecran Large”, “Dead Talk Live” and “Popternative”.

Besides her award for “Sunrise in Heaven”, Caylee also won a 2022 Independent Skate Film Festival Award for Best Skateboarding Film, for her and her colleagues’ drama “Geo”.

She was also nominated for a 2022 Golden Ride On Film Festival Award for Best Film – Amateurs, for “Geo”.

Caylee’s amongst the most secretive of actresses in the film industry, as she prefers not to share the details of her love life with her fans, however, it’s widely known that she’s dated two men.

She was previously in a relationship with Darren Barnet, an American actor, film writer and producer, who’s appeared in close to 30 movies and TV series, and is probably known best for his portrayal of Paxton Hall-Yoshida in the comedy series “Never Have I Ever”, which has been airing since 2020. The two were together for around a year and a half.

Since 2021, Caylee’s been in a relationship with Casey Affleck, an American actor and moviemaker who’s won 69 of the 132 awards for which he’s been nominated, including a 2017 Oscar win for Best Performance by an Actor in a Leading Role, for “Manchester by the Sea”.

Caylee hasn’t mentioned other men (or women) whom she’s perhaps dated, is in a relationship with Casey Affleck as of September 2022, hasn’t married, and doesn’t have children.

Caylee loves to read books, and has revealed that it was her mother who introduced her to books, and told her that she has to read in life.

She’s physically active, and besides still taking martial arts lessons, also goes to the gym multiple times a week; mostly because Caylee’s acting career requires her to stay in shape.

Running her Instagram account’s also one of her hobbies; she’s uploaded more than 350 pictures and videos onto the social media network, and is today followed by close to 600,000 people.

Caylee’s also done a bit of modeling, and has recently been featured on the cover page of the magazine “Malvie”.

She’s a huge fan of all kinds of art, with painting and photography being her favorite two.

Caylee’s favorite actor and actress are Matt Damon and Emma Stone, while some of her favorite films include “Good Will Hunting”, “The Talented Mr. Ripley”, and “Jason Bourne”.