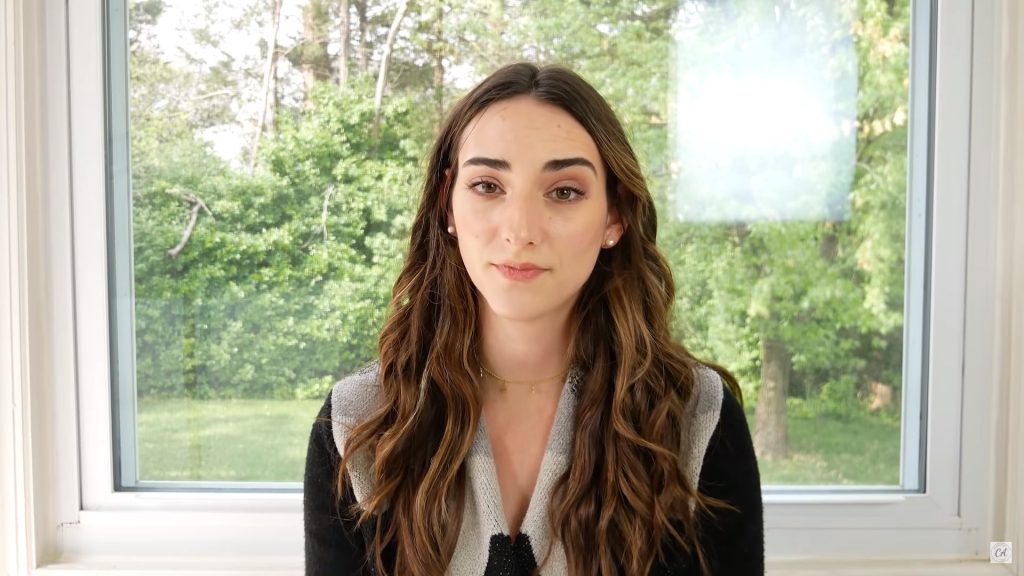 Who is Abby Shapiro?

Abigail ‘Abby’ Shapiro was born in Burbank, California USA, on 8 November 1993 (some sources state on 9 November) – her zodiac sign is Scorpio, and she holds American nationality. She’s an actress, YouTuber, make-up artist, and social media star, but who’s probably known best for being the sister of Ben Shapiro, an American conservative political commentator, author and attorney.

Abby was raised in Burbank alongside her brother Ben and sister Milly, by their conservative Jewish parents; their father David Shapiro was a famous American music composer, while their mother Michelle worked as an executive of a Hollywood TV company.

Abby grew up being interested in numerous activities, as she enjoyed playing various sports with her peers, was a member of her elementary school’s drama club, and appeared in many plays performed there. She enrolled at a local high school in 2008, and was mostly interested in dancing and singing during her four years there.

Upon matriculating in 2012, she enrolled at the University of Southern California, from which she graduated with a Bachelor’s degree in 2016; Abby also studied at the Manhattan School of Music.

Abby launched her YouTube channel “Classically Abby” on 28 January 2019, and it’s today subscribed to by more than 100,000 people, while it numbers close to 20 million views of all her videos combined. She attracted a lot of attention on 14 April 2020, when she uploaded her video “Why I Came out as Conservative: Conservative Women NEED a Community”, in which she explained that many women are afraid to come out as conservative, because they might lose their jobs, as well as their friends.

Abby’s mostly focused on uploading videos in which she’s discussing various beliefs and traditions, and we’re going to mention three of the most popular amongst these, which’ve helped her build a fanbase on the internet.

Her #1 video “Why YOU Should Dress Modestly || Get the attention you deserve!” has been watched more than 1.6 million since 17 April 2020, and features Abby talking about how girls should be dressing, and why.

Her second most popular video “10 THINGS YOU SHOULD KNOW BEFORE BECOMING A WIFE || Time for a wife talk!” has been viewed over a million times since 24 January 2020, and features Abby talking about the things which she learned only after becoming a married woman.

Her #3 video “WHY I CAME OUT AS CONSERVATIVE || Conservative women NEED a community!” was uploaded on 14 April 2020, and has since been watched over a million times.

Abby’s highly active on Instagram, and is today followed by close to 100,000 people, while she’s uploaded nearly 500 pictures onto the network, the majority of which feature her during her everyday life; she’s revealed a couple of things about herself in these pictures, including that she enjoys spending her spare time in nature, especially at a park close to her home, and that she’s a fashionista, as she’s trying to keep up with all of the latest fashion trends by reading various fashion magazines.

Abby launched her Twitter account in January 2019, and it’s today followed by close to 80,000 people, while she’s tweeted more than 6,000 time, mostly to share her thoughts on various matters with her fans, as well as to promote her YouTube channel.

Abby’s also active on Facebook, and her page is today followed by over 10,000 people, while her most recent update was on 3 August 2022.

Abby’s appeared in only a single movie, and a single TV series.

She made her debut film appearance in 2007, with her portrayal of Miriam Aronowitch in the musical drama “A Light for Greytowers”, and in 2012, she played Golden Goblet Singer in the episode “On My Way” of the critically acclaimed musical comedy series “Glee”. It was created by Ian Brennan, Brad Falchuk and Ryan Murphy, starred Lea Michele, Jane Lynch and Matthew Morrison, and follows a group of misfits who’ve joined a glee club at their high school, headed by their Spanish teacher; the series aired from 2009 to 2015 and won 92 awards, including six Primetime Emmys, while it was nominated for 208 other awards.

Even though Abby prefers to keep the details of her love life to herself, she’s still allowed her fans to have a glimpse into it.

She began dating American non-celebrity Jacob Roth in May 2017, and it was five months later that they became engaged; Abby firstly talked to her father about the engagement, wanting to know if he agreed with it, presumably yes, as the two married on 27 May 2018, in a large ceremony attended by many of their friends and family members. In 2021, Abby revealed that she’d suffered a miscarriage, but most recently, in 2022, she gave birth to their son.

Abby hasn’t mentioned any other men whom she’s perhaps been with, and as of August 2022, she’s married to Jacob Roth, and they have a son together.

AKA The Roths' Child https://t.co/a33haLoGHQ

Abby’s physically quite active and has multiple training sessions at the gym every week, thus her slim figure; she’s also following a strict diet, and occasionally gives her fans advice on working out and dieting.

She’s passionate about travelling, and has been to a couple of US states, while it’s believed that she’s yet to travel overseas; her dream travel destination’s Paris, France.

She’s a bit of a shopaholic, as she goes shopping for clothes at least once a week.

Abby’s a lover of animals, and supports the organization People for the Ethical Treatment of Animals (PETA).

She likes to watch movies in her spare time – favorite actor and actress are Jim Carrey and Scarlett Johansson, while some of her favorite films are “Ace Ventura: Pet Detective – When Nature Calls”, “Bruce Almighty”, and “The Eternal Sunshine of the Spotless Mind”.

Who is her brother Ben Shapiro?

Benjamin Aaron ‘Ben’ Shapiro was born in Los Angeles, California USA, on 15 January 1984 – his zodiac sign is Capricorn, and he holds American nationality. He was 17 when he became the youngest nationally syndicated columnist in the US, and is today writing for many magazines, such as “Ami Magazine”, “Newsweek” and “Creators Syndicate”.

Ben launched his career not long after he graduated with his Master’s degree, as he began working at the law offices of American multinational law company Goodwin Procter LLP; in March 2012, he began running his own company – Benjamin Shapiro Legal Consulting.

He became a popular columnist in 2012, when hired to work at Breitbart News as editor-at-large, but quit in March 2016, after the network failed to show support for American political journalist Michelle Fields, who was apparently assaulted by Donald Trump’s former campaign manager Corey Lewandowski.

Ben opposes right to abortion, even in cases of incest and rape, and believes that doctors who perform abortion should be trialed.

He married Israeli medical doctor Mor Toledano in 2008, and they have a son and two daughters together; the family lived in Los Angeles until September 2020, when they moved to Nashville, Tennessee.