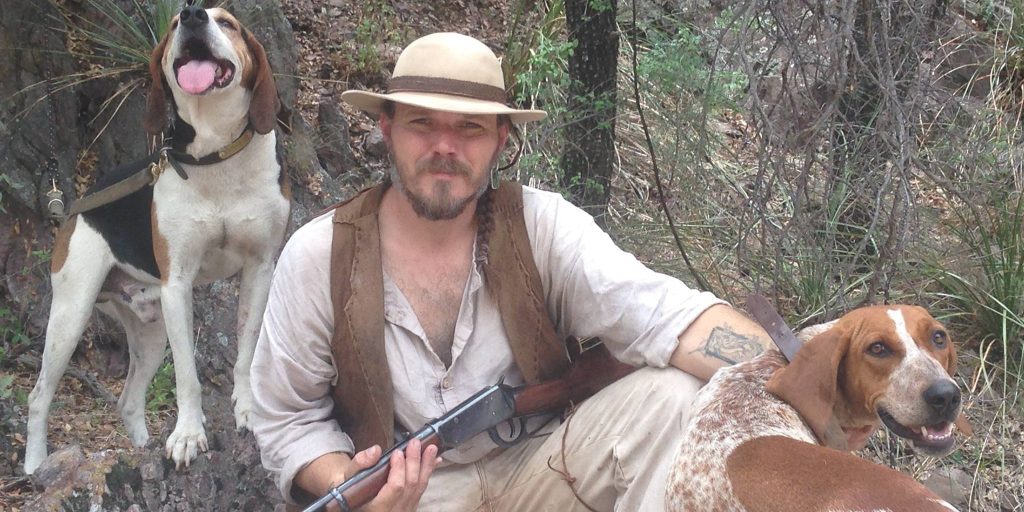 What is “Mountain Men”?

“Mountain Men” is a reality series which premiered on 31st May 2012 on the History Channel. The show is a Warm Springs Production, following the unique and sometimes perplexing old-school lifestyles of various men – and their families – around the country.

Since its premiere, “Mountain Men” has been going strongly, and is currently in its ninth season, with over 130 episodes now available for viewers. The cast face scarcity and near-death conditions while living off the land, which has made the show one of the History Channel’s most watched programs to date.

Eustace Conway, the show’s protagonist and a hardy survival expert, who lives on North Carolina’s Blue Ridge Mountains, hosts people in the small parcel of land that he calls ‘Turtle Island’ and teaches them basic wilderness survival skills; he also supports his living by harvesting firewood using ancient techniques. He’s often visited by his friend Preston Roberts, another survival fanatic.

In the sleepy Alaskan town of Two Rivers, Marty Meierotto resides with his wife and daughter, Dominique and Noah. Once a month, Marty flies his aircraft – a Piper PA-18A-150 Super Cub, equipped with tundra tires – to his cabin, which is situated in the Alaska North Slope. While there, Marty collects fur by laying out animal traps, which he uses a snowmobile to tend.

Meanwhile, Tom Oar is a former rodeo cowboy, who lives near northwestern Montana’s Yaak River. Accompanied by his wife Nancy and their pet dog Ellie, Tom works hard to prepare for the harsh seven-month-long winter, with help from his neighbors.

Montana’s Ruby Valley is home to the mountain lion hunter Rich Lewis and his wife Diane. Rich tracks his prey with help from a loyal team of hounds – however, in season six he complained about getting too old, and didn’t return for season seven.

The History of Mountain Men

Traditionally, mountain men were those who lived in the wild of the American West. Burning heat, wild animals, starvation, and dehydration were just some of the perils they faced, and their only contact with the outside world was via trading posts and meeting spots. In the early nineteenth century, there was a huge demand for animal fur, with fur trading companies employing the mountain men to trap beavers and other animals.

Although the Native Americans and the mountain men viewed each other as a threat, there are cases of marriages between members of the two very different communities. In the 1840s, the role of the mountain men changed as fur hats went out of fashion, and many of them became expert guides for those travelling across the plains to California.

Pioneers in charting unknown territory, the mountain men found shortcuts while travelling through the mountains, and so were also familiar with the dangers of each trail. Those who didn’t become guides joined the army; by the mid-1840s, the main role of the guides was to help travelers survive the brutal conditions, also serving as middleman in the interactions between Native Americans and travelers.

One of the most famous mountain men of the period was Jim Bridger; a beaver trapper and fur trader, he’s credited with the discovery of the Great Salt Lake in 1824. Some of the languages he spoke included Spanish, French, English and several Native American Indian dialects. Following the fur trade’s decline, he built Fort Bridger on the Oregon trail, which contained a blacksmiths forge and a shop, and so was often used by travelers to repair and restock their wagons.

John’s journey began in 1804, when he was part of Lewis and Clark’s Corps of Discovery, and traveled to the Pacific Ocean and back. Although most of the expedition’s members disliked spending two years in the wilderness, John became a fur trapper upon returning in 1806.

It’s believed that John, one of America’s original mountain men, was the first white man to wander around what became Yellowstone National Park. In 1809 while he was trapping in Montana, he was captured by a band of Blackfeet, who killed John’s partner, and gave him a brief head-start before chasing after him. Allegedly, John outran most of the Native Americans, and killed his closest pursuer with his own lance. However, recognizing continuing problems, including more run-ins with the Blackfeet, the following year he retired to a farm in Missouri.

Kit was born in Kentucky in 1809 and started off as a saddle-maker’s apprentice.

Running away at the age of 16, he went on to work as a buffalo hunter, fur trapper, and teamster in the West. Despite being illiterate, Kit learned half a dozen native languages, and became intimately familiar with the perilous wilderness.

In his mission to map the American West, in 1842John C. Frémont enlisted Kit as a guide. With time, the pair went on three excursions across the Rocky Mountains, to (now) California and Oregon, with Kit becoming something of a celebrity along the frontier. During the bloody Mexican-American war, Kit once trekked 30 miles barefoot to fetch reinforcements, and became even more famous.

Prior to becoming a Union army officer during the Civil War, Kit worked as a wagon train guide. In 1862, he battled Confederates at the Battle of Valverde, but spent most of the war leading campaigns to subdue Southwestern Native American tribes, such as the Navajos. A year after leaving the army, he died of an aneurysm in 1868.

"My World isn't living in a city. My world is out here"

Posted by Mountain Men on The History Channel on Saturday, November 15, 2014

Needless to say, the role of mountain men has undergone a vast change since the 1800s, although most of the show’s cast still lead as simple a lifestyle as possible.

Jason Hawk was born in Colorado in 1962, and was part of “Mountain Men” from seasons five to nine. He was brought up in Arkansas and learned how to make blades from his father and grandfather, thus continuing a family legacy. From the age of 15, Jason was licensed to hunt, and often participated in lengthy mountain treks along with his family.

Upon matriculating from high School, Jason studied metal fabrication and welding in Montana, then returned to Colorado to work as an executive chef in an unknown restaurant. However, the untimely death of his father led to a drastic career change, as Jason launched his own metal forging business, and was eventually approached by the production team of “No Man’s Land”, another History Channel reality series.

In his first taste of TV fame, Jason showed viewers his struggles to survive in Arizona’s desert area, but sadly, the show was cancelled after just eight episodes, due to low ratings. After relocating with his family to the Ozarks, Arkansas, the History Channel once again offered Jason a contract, this time to appear in “Mountain Men”. The distinctively tattooed welder and his family soon became fan favorites, but left after season nine due to health complications.

In 2008, Jason married Mary Hawk, a grid expert and herbalist. The like-minded couple have since welcomed two daughters to the family: Madeline Rose and River. He also has another child named Kai, perhaps from a prior relationship. Over the years, Jason has shared interesting tidbits regarding his hobbies, which include knife and stick fighting, Filipino martial arts, hunting, and butchering.

However, the reality TV personality shocked the world in January 2021 upon announcing his cancer diagnosis Setting up a gofundme campaign with family friend Andrea Baldwin, the post, written by Mary, reads: “My husband has been diagnosed with cancer.

After a year of working despite the pain, Jason finally went to the doctor… Extensive tests determined the cause to be a malignant tumor”.

At the time of writing, Jason’s cancer was in an advanced stage, but hadn’t spread. Doctors recommended six weeks of intensive chemotherapy, radiation five days a week, and a stronger chemotherapy for four to five months. “If the tumor has shrunk sufficiently after the chemo, Jason will have surgery,” Mary wrote, adding that if he didn’t fully recover, he would be unable to continue working with his knife business.

Sadly, the History Channel chose not to renew their contract with Jason and his family, who were suddenly faced with crippling medical bills and no stable source of income. “My husband’s diagnosis of cancer has been a humbling experience… We can’t do this alone,” Mary continued, asking fans for help with living expenses and bills.

Word of the campaign spread like wildfire and donations from viewers began pouring in.

Mary posted an update on 29th January 2021 and thanked everyone for their help, adding that the couple would be able to pay off medical bills from the month of November.

According to the update, Jason began the first four-month cycle of high-dose chemo in the week of 22nd January, then was unable to stand up or keep food down. The cycle of chemo allowed him a rest every other week to recover between infusions, and Jason reportedly began feeling much better after a few days of the treatment.

“Yesterday he felt good enough to spend most of the day at the shop, dreaming about where to take the business from here,” Mary wrote. The couple gathered up old projects and materials and made a bonfire, adding: “When you let go of those things that no longer serve you or bring you joy, it really brings into focus those things that do matter”. She also provided fans with a mailing address, so that they could send the Hawk family cards.

It’s been well over a year since Mary posted the update, and fans have been fearing the worst. Rumors of Jason’s death have been floating around on the internet for a while, and everyone wants to know how the ex-“Mountain Men” star is currently faring.

Well, Jason is still alive, and regularly photos of his new projects on Instagram. His most recent post was on 9th February 2022, and is captioned “Fun little pry bar impact tool for a friend. Forged from an old crescent wrench”. This means that the master bladesmith feels well enough to work again, although the lack of updates regarding his cancer diagnosis is deafening, and still concerning.

Jason has yet to hit the $130,000 goal on his gofundme campaign, but donations are still trickling in. Over 300 people have pitched in to help the family man pay his medical bills so far, while fans eagerly await more news.

How much are the cast members of “Mountain Men” worth? Some figures have been wildly exaggerated – for example, Jason’s net worth is reportedly $500,000 but in reality closer to the $50,000 mark, possibly less given medical expenses. However, we’ve obtained some more concrete figures from reliable sources.

As for the lesser-known cast members, there’s no way to accurately calculate their net worth – but we do know that the show’s long-time narrator D.B Sweeney, has a net worth of $2.5 million, and earns $20,000 per episode.

Celebrities Who Have Gambling Problems