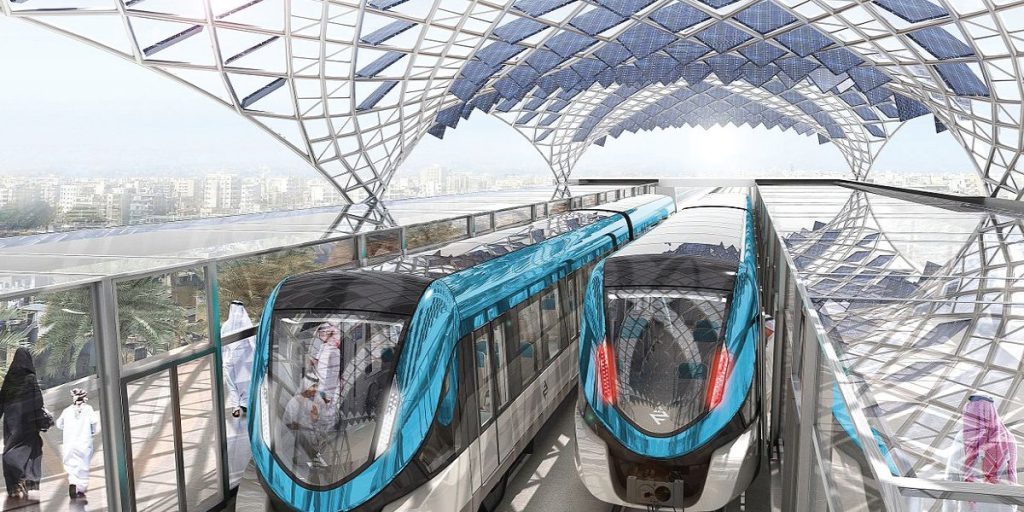 Most Expensive Megaprojects Completing in 2022

Eye-wateringly expensive megaprojects have changed the course of life in the past, and with everyday innovation, these mind-boggling infrastructure marvels continue to change our world in areas such as transportation, business, and housing.

From supersized airports to futuristic rail networks, business centers, and smart cities that were previously unfathomable, we have reached the point in time when these projects become a reality.

On the other hand, with projects like these come unique hurdles, such as public criticism, government changes, and others which hinder the construction progress.

The entire world has been struck down by a pandemic that has caused further problems, including labor and supply chain shortages, though these logistical hurdles are nothing new in the ever-changing world, and clients and developers have found ways around such issues.

However, the economic consequences of the COVID-19 pandemic are tearing apart global markets, and so financial shortfalls have left some of the architectural marvels on hold or even completely abandoned.

The Guangzhou Evergrande Football Stadium is one of the highly revered upcoming iconic landmarks, with a projected cost of $1.86 billion set for opening in late 2022. However, the construction of the lotus-shaped football stadium with a capacity of 100,000 seats has been halted since August 2021, when the real estate developer group Evergrande gave up control to the authorities, struggling to meet repayments amounting to over $300 billion in debt.

Another example of halted or abandoned construction is the Dubai Creek Tower. The tower was expected to be completed in 2022, however, all work has been suspended since 2020 due to the pandemic. The monumental building was set to become the tallest skyscraper in Dubai, even towering over Burj Khalifa.

Nevertheless, we are witnessing new infrastructure phenomena completing almost daily despite the pandemic that are set to change the world.

Although Qatar is a small country, it’s one of the world’s wealthiest nations, thanks to natural gas exportation. They might have bought their way into hosting the soccer World Cup 2022 organization, but that has pushed them forward into several megaprojects that will change the face of the country forever.

One currently under construction in Qatar is the Lusail City, which is the first green city in the country, and is expected to be ready for World Cup 2022.

Located just around 14 miles (23km) north of the country’s capital Doha, it spreads over 15 square miles (38 square km), and when finished will have the infrastructure to welcome around 450,000 people, 250,000 of whom are expected to be permanent residents.

The plans for the development of Lusail City were first announced in 2005.

Eight years later, 80% of the major plans of the city’s infrastructure were completed ,with the rest planned to be done just before the start of the World Cup in November 2022.

The country is set to spend $220 billion on the massive sporting event, of which Lusail City is a part of the large-scale project, projected to cost around $45 billion. Rome wasn’t built in a day, but this megacity has practically been built overnight, in just 15 years rising from the village it was into a fully-independent metropolis.

What graces this eponymous infrastructure venture is that it comes with its own sustenance projects. Schools, hospitals, mosques, entertainment, and shopping centers are not lacking in the city of the future. Divided into 18 districts, each and every one features an array of residential, hospitality, commercial, and retail sections.

The city breathes life with its two major park networks, the Crescent Park and the Wadi Park, full of walkways, bicycle lanes and sports fields, while the city also has open access to marina promenades and waterfronts.

However, the biggest attention grabber will be Katara Towers, which are built in the shape of traditional scimitar swords, Qatar’s national seal, consisting of two sets of curved towers joined together at the base. Set at a cost of $605 million, once finished it will have two hotels as well as hundreds of high-end apartments.

Controversy and scandals have affected Qatar’s preparation for the World Cup, and the development of the megacity has also sparked some mega controversy under the entire Kafala system, which leaves migrant workers vulnerable to systematic abuse – over 6.500 migrant workers from India, Pakistan, Nepal, Shri Lanka, and Bangladesh are alleged to have died in Qatar between 2010 and 2020.

The construction broke ground in 2014 and completion of its six lines is scheduled for completion in the first quarter of 2022, with reports stating that in December 2021 more than 90% was done, and that testing was successfully underway.

The total length of six metro lines is 109 miles (176km), with 85 stations, which are set to cover Riyadh city in all directions.

The first ‘Blue’ line will run from Olaya Street to Al Hayer Road, and is 25 miles or 38kms long. The second ‘Red’ line is set to connect King Abdullah Road to the King Fahad Stadium, and it will be 15 miles or 25kms long.

What makes this metro different from other similar projects is that the stations will use solar cells technology to save around 20% of the power required for air-conditioning and lighting. It’s equipped with early warning and communication systems directly connected to the main control.

The city of Riyadh is ever-expanding, and with the current population of 6.5 million the traffic is already congested, and once fully operational the metro will help ease traffic problems in the ever-growing city of millions.

The Riyadh metro is a part of the $1 trillion megaproject scale, which also includes King Abdullah Financial District, Jeddah Economic City, Jubail City Project, and the megacity Neom, among other projects currently in works.

However, a project like this can’t skip a controversial part. Back in 2017, prince Turki bi Abdullah Al Saud was arrested as part of the Arabian purge. Allegations against him were that he awarded contracts for the Riyadh metro to companies with which he has a connection, some even in his ownership.

One of the magnificent structures is the longest suspension bridge in the world. The main span of 6,637ft (2,023m) surpasses the Akashi Kaikyo Bridge in Japan by 105ft (32m).

The link between Europe and Asia has been one of the longest dreams of the nation, and the 1915 Canakkale Bridge is nearing completion, scheduled to open on 18 March 2022. The ambitious infrastructure project is set to span the Dardenelles strait that separates the two continents.

The plan for a bridge over the Dardanelles strait has been in the works since 1989, but due to inadequate technology and the cost, was declared unfeasible.

However, as technology advanced and Turkey grew as a country, the bridge turned into plans in the mid- 2010s, to break ground on 18 March 2017.

Many symbolic aspects are incorporated into the bridge’s design, one representing the Turkish Naval Victory on 18 March 1915 in the Gallipoli Campaign. The main span of 2023m refers to the 100th anniversary of Turkey as a republic, while the two towers colored red and white represent the Turkish flag colors, and their 318m height reflects 18 March once again.

The bridge towers lay on submerged caissons at 131ft (40m) and 157ft (48m) deep, and the funding for the entire project is set at $2.7 billion, provided by 24 financial institutions from 10 countries around the world. At first, the plan was that Turkey and international financial institutions divide the cost 50/50, however, it was later determined that the global banks would provide 70% of the needed funds.

Moreover, Turkey received a grace period of five years and a 15-year term loan.  The bridge is a part of the new 324-km-long Kınalı-Tekirdag-Çanakkale-Savastepe Motorway and once this monumental construction is fully operational, it’s expected to ease traffic congestion in the city of Istanbul as it’s a part of the first motorway outside of Istanbul that will connect Asian and European parts of Turkey.

It is expected to add to the country’s tourism in the Marmara region, and accordingly see over 45,000 vehicles daily.

Further out, the bridge itself is a part of the Turkey Vision 2023 program.

Kuala Lumpur is one of the fast-expanding metropolitan cities in the world, and is now home to the second tallest building in the world, Merdeka 118. Already renowned for several extravagant skyscrapers, including the Petronas Towers, this business hub city is anticipating the completion of the 118-story, 2,227-foot mega tall skyscraper.

The construction of the megastructure started in 2014, and is a perfect addition to the city’s incredible skyline. Merdeka 118 and its 472ft (144m) high spire at the top is shaped in resemblance of Malaysia’s statesman and first prime minister, Tunku Abdul Rahman, with an outstretched hand gesture while he chanted seven times the word ‘Merdeka’ (independence), proclaiming the independence of Malaysia on 31 August 1957, from the nearby football stadium that bears the same name.

The building is a mixture of futuristic and symbolic design, with the exterior covered in diamond-shaped glass facets that resemble the traditional Malay Songket Pattern. Moreover, it’s the first building in Malaysia to be awarded a triple-platinum rating with international sustainability certifications, including Leadership in Energy and Environmental Design (LEED).

The magnificent structure will be illuminated at night by 5.2miles (8.4kms) of LED light strips, and Merdeka 118 will have 118 floors, with the top floor being the VIP lounge. 83 floors will be premium office space, while the top 17 floors set for the Park Hyatt luxury hotel. The four top floors of the tower will be an observation deck, set at 1650ft (500m).

The construction broke ground in 2016, with completion at first scheduled for 2020, but as Covid-19 engulfed the entire world, construction halted from 18 March until 13 May2020.

At the time, 111 floors were built; now all precautionary measures are applied at the construction site, including temperature screening of workers and apparently social distancing, work has resumed and all is going by plan, with completion a scheduled for mid- 2022.

Controversy has also been a part of the project, as many of the opposition representatives criticized the entire project, saying that is a waste of money and other resources.

Nevertheless, it’s a huge project for not just the country of Malaysia, but for the whole of Southeast Asia.

Felipe Angeles International Airport is set to open this year, named after Felipe Angeles, a general in the Mexican Revolution. It’s built on the site of the former Santa Lucia Air Force Base, and is the second airport serving the Mexico City metropolitan area.

Once President Andres Manuel Lopez Obrador assumed office, one of the first things he did was to cancel the proposed Mexico City Texcoco Airport construction, and instead, organized a non-binding referendum in which people voted for or against the construction of the new airport on the grounds of Santa Lucia Air Force Base.

The controversial airport is scheduled to open in March 2022, with its main mission to relieve congestion at Mexico City’s International Airport. The airport is designed by Mexican architect Francisco Gonzalez Pulido, and is focused on low-cost and cargo airlines.

Already several passenger lines have been secured, including Conviasa to Caracas, then VivaAerobus’ to Guadalajara and Monterrey, and Volaris will fly to Cancun and Tijuana.

Although the airport has already faced numerous controversies, including the lack of an effective connection between Mexico City and the very airport. Many doubt that the airport will live up to its full potential in the years to come, mainly due to the Category 2 status with the Federal Aviation Administration, meaning that the Mexican airlines can’t create new routes into the US until the NLU and the entire Mexican system regain Category 1.

However, the Mexican government is working on new roads, and even a subway system that will provide the highly needed connection to Mexico City, as the current and only way is time-consuming and expensive.

If everything goes by plan, the Felipe Angeles Airport is set to see a minimum of 18,000 passengers a year, very likely expanding as new routes become viable.