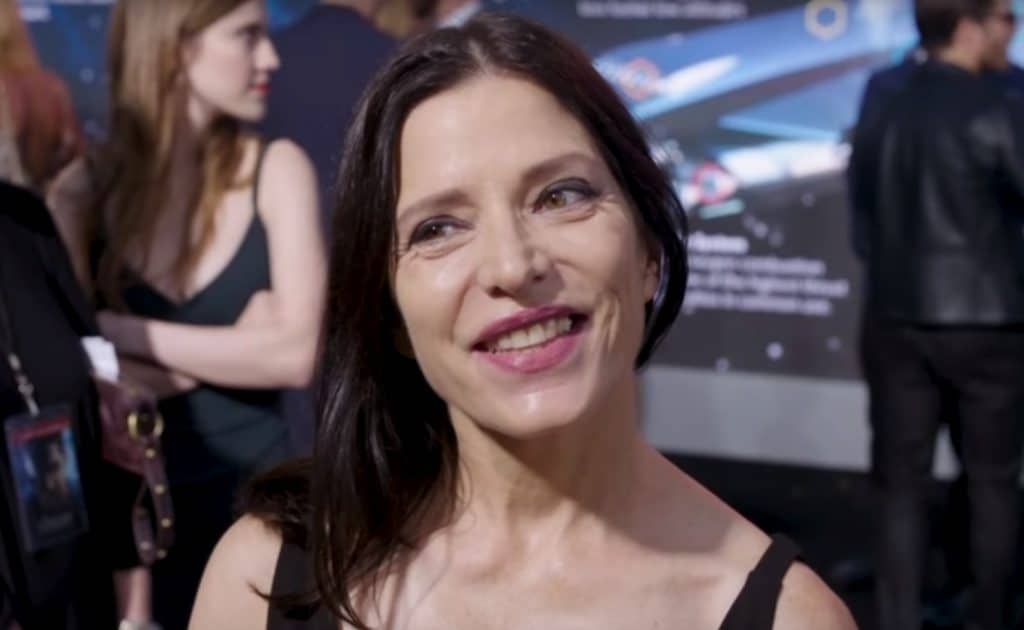 Melora Walters is an American actress, director, writer, and producer, perhaps known best for her portrayal of Gloria in the movie “Dead Poets Society”, and as Kathy Kone in “PEN15”. She is also a talented painter and photographer who’s exhibited her art in various countries.

Melora Walters was born on 21 October 1960, in Dhahran, Eastern Province, Saudi Arabia. The names and occupations of her parents remain unknown, however, it’s been revealed that they’re American. Melora grew up in Saudi Arabia, later moving to the Netherlands, Arkansas and New York State USA. Her frequent travels to the opposite cultures sparked her interest in art, and turned her into an observer, allowing her to describe the surrounding world in paintings and poems.

Melora matriculated from Lake Forest Academy, and continued her studies at the Pratt Institute, which specializes in fine art, architecture and design. She’s also a member of The Actors Studio in New York City.

Melora debuted in acting in 1988, when she portrayed a prostitute in the movie “Underground”. In 1989, she played the role of Gloria in the film “Dead Poets Society” written by Tom Schulman and directed by Peter Weir, and which won multiple awards such as the BAFTA for Best Film, the David di Donatello for Best Foreign Film, as well as the César Award for Best Foreign Film. During the same year, Melora was cast in the film “Rude Awakening”, and TV series “Roseanne”.

From 1990 to 1994, the actress had minor roles in movies such as “Beethoven”, “Cabin Boy”, and “Ed Wood”. Concurrently, she made episodic appearances in several TV series, including “Murphy Brown”, “Walker, Texas Ranger”, and “Seinfeld”. In 1997, Melora landed a more significant role as Jessie St. Vincent in the movie “Boogie Nights”, portraying a porn star who marries Buck Swope (one of the main characters) and becomes pregnant. In 1998, she was chosen to portray Felicity in the TV series “L.A. Doctors”, and the following year she appeared in the American drama film “Magnolia” as Claudia Wilson Gator, an apartment owner who has a cocaine addiction; the movie was directed and co-produced by Paul Thomas Anderson.

In 2002, Melora landed the role of Kate in the crime drama film “Wise Girls”, portraying a waitress who is also an undercover police officer. Concurrently, she starred in the movie “Desert Saints” alongside Kiefer Sutherland, Jamey Sheridan and Leslie Stefanson. From 2003 to 2004, she played the role of Lia “Lark” Larkin in the TV series “Threat Matrix”, also in 2004, she also appeared in the movie “The Butterfly Effect” opposite Ashton Kutcher, Amy Smart and Eric Stoltz.

From 2006 to 2010, Melora portrayed Wanda Henrickson in four seasons of the TV series “Big Love”, the main character’s sister-in-law, who has psychological problems and poisons people who threaten her family. The series was widely praised, receiving multiple notable awards. Between 2009 and 2015, Melora appeared in several movies, such as “Hurt”, “Sugar Mountain”, and “Sex, Death and Bowling”.

After multiple guest appearances in famous TV series, such as “The Mentalist”, “Criminal Minds”, and “NCIS”, in 2019 Walters was cast for the role of Kathy Kone in a cringe comedy TV series “PEN15”, portraying the mother of Anna Konkle (one of the main characters) who is in the middle of a divorce, and frequently fights with her husband.

Melora’s most recent acting endeavors include the movies “Offseason” and “The Hater”. According to IMDB, she has more than 100 credits as an actress.

Career as an artist

Throughout her career as an established artist, Melora has had multiple exhibitions in cities such as New York, Los Angeles and Berlin. She has several collections, including “Printmaking (2018)”, “The Ocean (2019)”, “Primal Dance and the Horse (2022)”, and “The Classics and Mythology (2022)”; she’s also created sculptures. Melora sells her art on various platforms such as Saatchi Art and See Me. She is also a photographer, mainly taking pictures with vintage cameras, and combining various styles.

Career as a director

Walters is also a successful director. In 2016, her directing debut was the movie “The Muse”, and told the story of the motion picture industries’ peculiarities through a dark comedy genre. In 2018, she directed two movies “Waterlily Jaguar” and “The Lover in the Attic: A True Story”, and in 2019 she directed “Drowning”, which starred Gil Bellows, Mira Sorvino, Jay Mohr and others.

As of 2022, Melora Walters seems to be single, however, she has a long dating history, and has been married three times. In 1989, she started dating a famous actor Christopher Scotellaro who is perhaps known best for his role in the movie “True Convictions”. The couple married in 1990, however, they divorced in 1994.

In 1996, Melora married Dylan Walsh, also a famous actor, however, they divorced in 2003 – they have two children, Thomas Charles who’s 26 years old, and Joana Marie 24 years old. They also have a grandchild, Luke Walsh.

In 2008, Melora married Alex Vendler who is a prominent cinematographer, possibly known best for works such as “The Man Who Killed Hitler and Then the Bigfoot” and “The Bible and Gun Club”. Melora and Alex divorced in 2010.

It’s unknown if Walters has dated anyone else since then, as she hasn’t spoken of having any partners. On her personal Instagram account, she mainly shares her paintings and photographs.

Melora Walters is 62 years old; she has brown hair, hazel eyes and bright brows. She has a height of 5ft 2ins (157cm) and weighs 124lbs (56kgs). The actress seems to have a feminine clothing style, frequently appearing in dresses and high heels. Occasionally, she sports casual clothes such as shirts and jeans.

As of late 2022, Melora Walters’ net worth is estimated close to $8 million, with her main sources of income being her acting career and her paintings. The actress hasn’t revealed any information about real estate properties in her possession.