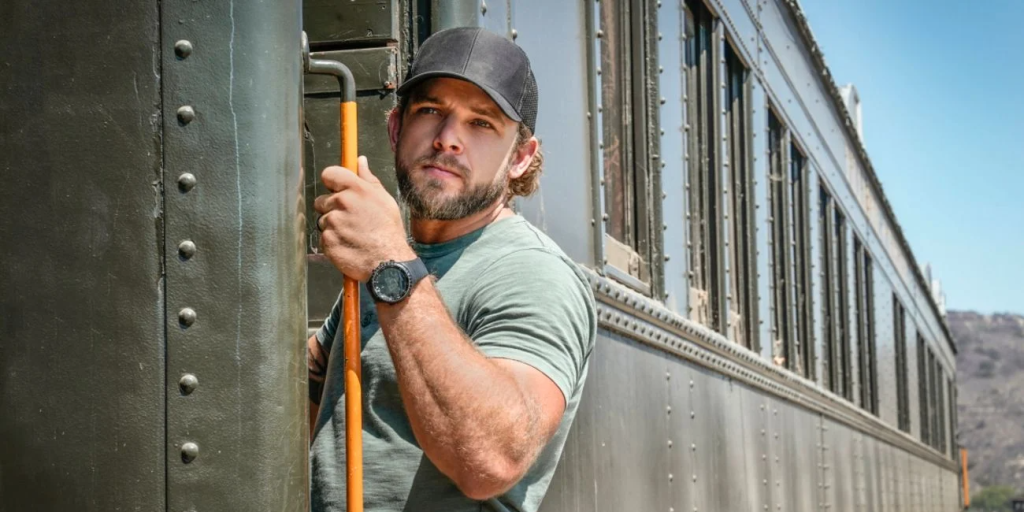 Who is Max Thieriot?

Maximillion Drake ‘Max’ Thieriot was born on 14 October 1988 under the zodiac sign of Libra, in Los Altos Hills, California USA. He is a 33-year-old actor, writer, producer and director, probably best recognized for landing the role of Dylan Massett in the A&E psychological horror drama series “Bates Motel” (2013-2017) and featuring as Clay Spenser in the CBS military drama series “SEAL Team” (2017-2022).

How rich is he, as of now? Max Thieriot’s Net Worth

As of early 2022, Max Thieriot’s net worth is estimated at over $2 million; earned through his successful involvement in the entertainment industry. He has worked on 20 television and film titles since he launched his career back in 2004.

Max Thieriot spent his early years in Occidental, a small town located in Sonoma County, California, where he was raised by his father, George Cameron Thieriot, and his mother, Bridgit Ann (née Snyder); his father hails from California, while his mother is from Minnesota. He has an elder sister named Frankie Thieriot, who is married to former professional baseball pitcher Michael Stutes. He also has a younger brother named Aidan Thieriot. His great-grandfather is Michael Henry de Young, who was the co-founder of the San Francisco Chronicle. Max holds American nationality, and belongs to White Caucasian ethnic group, but of very mixed English, Irish, Northern Irish, Scottish, Norwegian, German, Danish, French Jewish, and Dutch Jewish descent.

Regarding his educational background, Max Thieriot attended the Sonoma County Day School in Santa Rosa, California, after which he went to El Molino High School in Forestville, California, matriculating in 2006.

Max Thieriot started his professional career after taking improvisational classes and signing to talent agent Don Gibble. He initially also pursued his modeling career, since he modeled for such brands as Gap. His acting career was launched in 2004 when he made his debut feature film appearance in the main role of Gus in the family action comedy film “Catch That Kid”, alongside Corbin Bleu and Kristen Stewart. It follows three friends who rob a bank to pay for the surgery for the father of one of them.

He then had the part of Seth Plummer in the family action comedy movie “The Pacifier”, with Vin Diesel in the lead role. It was directed by Adam Shankman, and the film became a huge commercial success, grossing over $198 million on a $56 million budget. For his performance in the film, Max received a Young Artist Award nomination for Best Performance in a Feature Film – Supporting Young Actor. It was followed by his appearance in a minor role in the 2006 sci-fi adventure film “The Astronaut Farmer”, directed by Michael Polish.

In 2007, Max Thieriot landed the role of Ned Nickerson in the film adaptation of Edward Stratemeyer’s series of mystery novels “Nancy Drew”, next to Emma Roberts and Josh Flitter.

The following year, he was cast as young David in the sci-fi action film “Jumper”, in which he shared the screen with Jamie Bell and Rachel Bilson. The film was based on the novel of the same title by Steven Gould, and grossed more than $225 million despite negative reviews. Also in 2008, he won a Young Artist Award for Best Performance in a Feature Film – Young Ensemble Cast with his co-stars for their performance in the comedy-drama film “Kit Kittredge: An American Girl”, in which he played Will Shepherd.

In 2011, Max Thieriot starred in the role of Eric Burnett in the independent comedy-drama film “The Family Tree”, along with Britt Robertson and Dermot Mulroney, and featured as Will Rankin in the Canadian drama film “Foreverland”, next to Sarah Wayne Callies. It was followed by his portrayals of young Nowell in the drama film “Yellow”, directed by Nick Cassavetes, and Ryan in the psychological thriller film “House At The End Of The Street”, opposite Jennifer Lawrence, both released in 2012. The same year, he also starred as Kyle in the psychological drama film “Disconnect”, in which he shared the screen with Jason Bateman and Hope Davis.

He gained international recognition when he was chosen to play the main role of Dylan Massett in the A&E psychological horror drama series “Bates Motel”, which was aired for five seasons from 2013 to 2017. The series also stars Vera Farmiga and Freddie Highmore, and is a prequel to the 1960 film “Psycho” directed by Alfred Hitchcock. Moreover, he served as a director for the 2017 episode “Hidden”.

Two years later, he joined the main cast of the CBS military drama series “SEAL Team”, since when he’s been portraying Clay Spencer. The series was created by Benjamin Cavell, and follows the unit of US Navy SEALs. Max also directed two episodes of the series – “Drawdown” in 2020 and “Rearview Mirror” in 2021.

Speaking about his upcoming projects, it is announced that he will play Bode Donovan in the CBS drama series “Cal Fire”, which he’s also writing and producing.

Max Thieriot has short light brown hair and blue eyes. He stands at a height of 5ft 11ins (1.80m), while his weight is around 165lbs (75kgs), however, information about his vital statistics and biceps size isn’t available. His shoe size is 10 (US).

Max Thieriot is a married man and the name of his wife is Alexis ‘Lexi’ Murphy; the two have been together since 2005. They became engaged when he popped the question during their trip to the Caribbean in 2012, and exchanged their wedding vows at a ceremony held on 1 June 2013 in Lake Tahoe, California. They welcomed their first child, a son named Beaux Thieriot, in 2015, while their second son, named Maximus Thieriot, was born in 2018.

Max is known for being a vintner; he’s the co-owner of vineyards in his hometown of Occidental, alongside his two childhood friends.

He is a huge animal lover and has 19 pets.