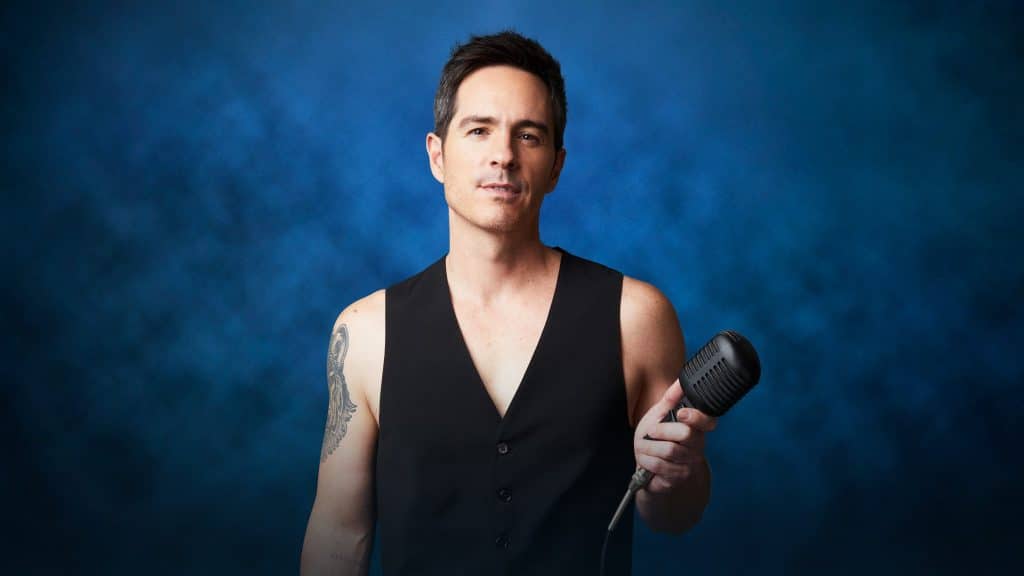 Mauricio Ochmann is a Mexican actor, probably known best for his roles in the television series “Amarte Asi” and “El Señor de Los Cielos”. Even though he doesn’t pursue singing professionally, he holds shows during which he performs live for his audience.

Mauricio Ochmann was born on 16 November 1977, in Washington D.C. USA. Some sources claim that he was born in Celaya, Guanajuato Mexico, however, in an interview with Yordi Rosado the actor confirmed that he was born in the US. His biological mother, who is American, became pregnant when she was 15 years old, and his biological father who is Spanish, was 16 years old at the time. Because of her young age, his mother had to put him up for adoption. Consequently, Mauricio was initially brought up by his adoptive parents, María and Guillermo Sánchez, but who divorced when the actor was one and a half years old. After the separation, María moved to Mexico, taking her adoptive son with her, and where she married Thomas Ochmann, Mauricio’s second adoptive father.

As a child, the actor had asthma which he apparently developed because of a traumatic and emotional childhood, and which disappeared when he was 12 or 13 years old. Even though he was growing up with Thomas and María, he still had a relationship with Guillermo who would visit him occasionally. Even though they had a falling out, Mauricio always had a special connection with him, and was deeply affected when he passed away in 2020.

It’s unknown which high school Mauricio attended, but it’s been revealed that he enrolled at Joanne Baron Acting Studio of Santa Monica to study acting, and to support his education financially, the actor reportedly worked as a waiter.

Mauricio debuted in acting at the age of 16, when he was cast for a minor role in the 1997 television series “La Cosa”. After a year, he became a member of the main cast in the Mexican telenovela “Azul Tequila”, portraying Santiago Berriozábal, then in 1999, he appeared as a mail boy in the American drama film “Message in a Bottle”, getting the chance to play opposite prominent actors such as Kevin Costner, Robin Wright, and Paul Newman. During the same year, Mauricio was chosen for the role of Maximiliano Toledo in the TV Azteca telenovela “Háblame de Amor”, portraying a man who falls in love with Jimena – the daughter of the main character.

In 2001, Ochmann landed another main role as Javier Borja or Joaquín “Joaco” Borja in the Mexican telenovela “Como en el cine”, appearing in 245 episodes through 2002. In 2003, he had the recurring role as José Chacón in the TV series “Mirada de mujer, el regreso”, and concurrently, he portrayed Desflorador in the Mexican movie “Ladies’ Night”. In 2004, he was chosen for the role of Carlos in the Mexican comedy “7 Mujeres, 1 homosexual y Carlos”. In 2005 and 2006, he had main roles in Spanish-language telenovelas “Amarte así, Frijolito” and “Marina”.

In 2007, Mauricio was a recurring member of the cast in the Telemundo telenovela “Dame chocolate”, portraying Fabián Duque, a photographer who is in love with the main heroine Rosita. During the same year, he landed the role of Jerónimo Acosta in the Telemundo telenovela “Victoria”, portraying a 33-year-old man who has a relationship with an older woman. Victoria Mendoza. In 2009, Mauricio appeared in the telenovela “Victorinos” which was the remake of the weekly series “Cuando Quiero Llorar No Lloro”. In 2010 and 2011, the actor had main roles in telenovelas “El Clon” and “El sexo débil”, then from 2012 to 2013, he portrayed José Ignacio Altamirano in “Rosa diamante”. From 2013 to 2015, he played the role of José María “Chema” Venegas in the popular American telenovela “El Señor de Los Cielos”, reviving the same character in 2016 in a spin-off series “El Chema”.

In 2020, he played the role of Francisco “Franco” Barrón in the black comedy series “R”, portraying a miserable man who doesn’t feel loved by his wife or children. After finding out that he has terminal cancer, he decides to live a full life, engaging in criminal activities.

In 2022, Mauricio starred in the TV series “Las Bravas F.C.” as Roberto. He is also working on a couple of projects, such as the movie “Mamá o Papá”, “Give Me Your Eyes”, and “Distancias Cercanas”.

In 2016, Mauricio founded A Toda Madre Entertainment with his then-wife Aislinn Derbez. It’s a film and television production company that has released movies such as “Do It Like an Hombre”, “Ya Veremos”, and “Los Planners” among others.

As of late 2022, Mauricio is dating Mexican model Paulina Burrola. The two made their relationship public in mid-2021 after dating for several months; they started getting to know each other through social media and were enchanted by one another when they met in real life. They frequently post pictures together. In the interview with Caras, both Mauricio and Paulina admitted that their relationship is mature and respectful.

Before meeting Paulina, Mauricio had two other notable relationships. The first one was with María José del Valle Prieto, whom he married in 2003. In 2004, Lorenza, Mauricio’s first daughter was born. The actor divorced María in 2008.

In 2014, Ochmann met Aislinn Derbez on the set of the movie “A la mala”. They started dating shortly afterwards, and married in 2016. In 2018, their daughter Kailani was born, but Ochmann and Aislinn divorced in 2020.

As of late 2022, Mauricio Ochmann’s net worth is estimated close to $15 million, most of which he has accumulated through his successful acting career and entrepreneurial endeavors. His annual income depends on his involvements during the year.