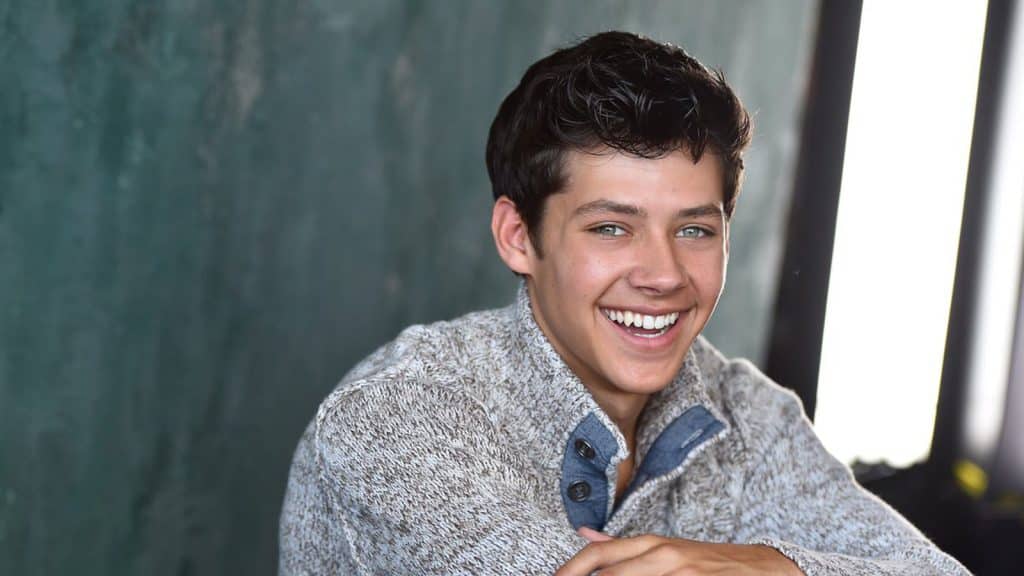 Who is Matt Cornett?

Matt Cornett is an award-winning American actor, probably best known to the world as EJ in the TV series “High School Musical” (2019-2023), in addition to several other roles he’s secured so far in his career.

Matt Cornett was born on 6 October 1998, in Rogers, Arkansas, USA; he’s the son of Art Cornett and his wife Rhonda, and has an older brother and sister, with whom he grew up in rural Arkansas, before moving to Los Angeles to pursue an acting career when he was 14 years old.

Matt became interested in acting at an early age, and moved with his mother to Los Angeles to pursue acting while the rest of the family remained in native Arkansas. He made his acting debut the same year he got in Los Angeles, appearing in the short film “Family Treasure”, written and directed by Justin Dabrow.

The following year, Matt had a minor role in the Primetime Emmy Award-winning series “Southland”, and starred as Diego in the adventure drama film “Can”, co-starring Mj Walters and Dario Torres.

His career took an upward turn from 2015 – first, he starred in the family comedy film “I Think My Babysitter’s an Alien”, co-starring Sabrina Bryan and Jearnest Corchado. Then, he joined the cast of the award-winning TV comedy series “Bella and the Bulldogs” as Zach Barnes, starring Brec Bassinger, Coy Steward, and Jackie Radinsky, about a high school cheerleader who unexpectedly becomes a quarterback for the school team, the Bulldogs.

In 2016, he starred as Zach in the thriller drama film “Inconceivable”, next to Natasha Henstridge, Marguerite Moreau, and Jason Gerhard, and appeared in the episode “The Anti-Terror Squad” of the popular procedural crime-drama series “Criminal Minds”.

The following year, he was Chase in the TV series “Speechless” and joined the cast of the TV comedy series “Life in Pieces”, appearing in four episodes of the popular series until 2018, sharing the screen with such stars as Colin Hanks, Betsy Brandt, and Thomas Sadoski. He went on to portray Logan Mills in Eric Champnella’s sports family film “Alex & Me”, which starred Siena Agudong, Alex Morgan, and Jim Klock, then starred in the sci-fi movie “Perfect Citizens”, alongside Robert Davi and Austin Arnold.

In 2019, Matt was selected for the main cast in the TV series “High School Musical: The Musical: The Series”, based on the eponymous film franchise “High School Musical” (2006-2008). In the first season, he portrayed a teenager named E.J. Caswell, an athlete interested in musical theater. The series premiered on 8 November 2019 on Disney Channel, ABC, and Freeform, and on 12 November on Disney+. It was renewed for the second season even before the premiere, and received rave reviews from both fans and people of the industry.

The second season premiered on 14 May 2021, bringing new challenges in terms of performance, girls, and high school competition on the whole. Matt did his work stunningly, and his portrayal of EJ won him many fans, and rave reviews.

He returned in the third season, which took a different turn from the entire franchise, as the cast is out of high school and went to a summer camp over summer vacation. It premiered on 27 July 2022, again with a series of positive reviews.

The series’ fourth season is set to premiere sometime in 2023, with the fan-favorite cast returning to high school.

Check out a live performance from the cast of HSMTMTS on Good Morning America, November 8th.

As he won the role of EJ, the newest “High School Musical” star, he emerged as a rising actor and began appearing in more prominent roles. He portrayed Alston Garrett in the television thriller movie “Stressed to Death”, and joined the main stars of the TV comedy series “Game Shakers”, consisting of Cree Cicchino, Madisyn Shipman, and Benjamin Flores Jr.

Moreover, he was Andrew Gallery in the TV comedy series “The Goldbergs” (2019-2020), and in 2022, he was selected for the role of A-Lan, one of the main stars in Disney’s romantic family-musical film “Z-O-M-B-I-E-S 3”, co-starring Milo Manheim, Trevor Tordjman and Meg Donnelly.

He is also working on the TV series “School for Boys”, in which he will portray Leo Grecco; the series is yet to receive a premiere date.

As of mid- 2022, Matt Cornett’s net worth is estimated at $1.5 million, according to authoritative sources, acquired through his young but successful career, during which he’s appeared in more than 20 films and TV series.

Matt often shares pictures and videos from his personal life on his official Instagram profile. However, there are no pictures of him and his girlfriend. According to reports, he has been in a relationship with model Brookelynn Elizabeth since 2018, but their most recent picture was from 2019. Since then, there has been no news about their romance, or information on their break-up, but nor is there any news about Matt’s other possible romantic affairs.

In addition to acting, Matt is a talented singer, and though he hasn’t pursued a music career, he has used his talents in the TV series and films he’s appeared in.

He’s also been involved in commercials for such brands as Scottrade and Yoplait.

Matt is physically active, and plays football and basketball with his friends. Moreover, he enjoys video games, and playing guitar in his free time.

He is great friends with his co-stars from “High School Musical” and “Z-O-M-B-I-E-S 3”, and promotes the projects with his friends online and in real life.