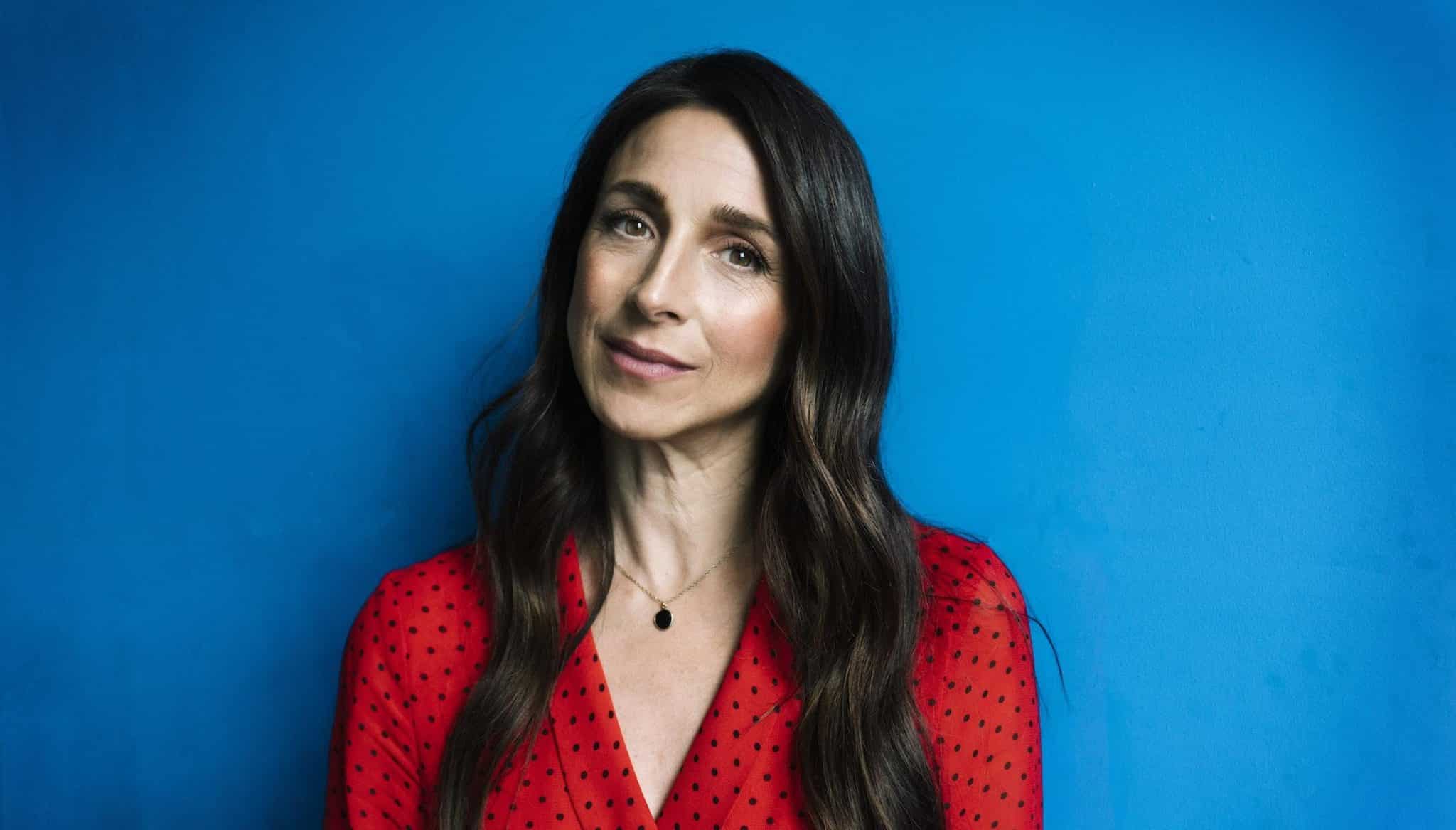 The American actress Marin Hinkle is widely known for starring in the sitcom “Two and a Half Men”, and in the ABC drama “Once and Again.”

Marin Elizabeth Hinkle was born under the Aries zodiac sign on 23 March 1966, in Dar-es-Salaam, Tanzania, so is 56 years old as of 2022. She was born to a college Dean named Rodney Hinkle, and a Massachusetts Superior Court Judge, Margaret R. Hinkle, who met during their service in the Peace Corps; she was raised with her younger brother, Mark Hinkle. Her family relocated to Boston, Massachusetts, four months after she was born. She aspired to become a ballerina and took dancing lessons, but unfortunately had a serious ankle injury at the age of 16, which ruined her dreams.

Hinkle matriculated from Newton South High School, then enrolled at Brown University and subsequently joined a Graduate Acting Program at Tisch School of the Arts, New York University, graduating with a Master’s degree in 1991.

Marin is an outdoorsy person who enjoys gardening, and cycling around Hollywood.

She loves exercising, and is very keen on her diet, so maintaining a slim figure.

The “Once and Again” starlet loves spending her spare time watching romantic comedy shows and films – her best-loved projects are “One Day,” “Titanic,” and “Love Actually”, and her favorite entertainers are Anne Hathaway, Johnny Depp and Ashton Kutcher.

Marin started her career as a stage actress, portraying Juliet in the 1994 production of “Romeo and Juliet,” performed at Washington DC’s Shakespeare Theater. In 1995, she made her first Broadway appearance in the play “The Tempest,” then appeared in “A Thousand Clowns” in 1996, and in “Electra” in 1998.

Hinkle began her on-screen career in 1994, playing Young Joanne in the film “Angie.” She then portrayed Alison in an episode of the NBC series “Another World” in 1995, and in the year that followed, she starred as Carla in the film “Milk & Money.” She then shared the screen with Susan Floyd and Joanna Chang in the movie “Breathing Room”, and portrayed Hanna in the movie “I’m Not Rappaport” in 1996.

Her next roles propelled her to stardom. Hinkle made her career breakthrough when she played Judy Brooks in 58 episodes of the acclaimed ABC series “Once and Again” from 1999 to 2002. Concurrently, she played Sissy in the 2000 film, “Frequency,” starred as Patricia in the movie “I Am Sam” in 2001, then portrayed Hellen in the 2002 film “The Year that Trembled.”

In 2003, she landed another major role as Judith Harper-Melnick in the critically acclaimed sitcom “Two and a Half Men.” The show aired on CBS until 2015, and she starred in 83 episodes, together with Jon Cryer, Ashton Kutcher and Charlie Sheen. Concurrently, Hinkle appeared in the films “Who’s the Top?” in 2005, “Rail & Ties” as Renee in 2007, “What Just Happened?” in 2008, and “Imagine That” in 2009. She also performed in the TV series “ER” in 2004, in the episode “Revelations” of “The Book of Daniel” in 2006, in three episodes of the series “Brothers and Sisters” in 2007, and in “The Sarah Silverman Program” in the same year.

2012 saw Hinkle starring as Gillian together with Arye Gross and Amelia Rose Blaire in the movie “Commencement.” She then appeared in the NBC soap opera entitled “Deception” in 2013 and later played Emma in the film “Butterflies of Bill Baker” in the year that followed. Hinkle was next seen in the CBS political drama TV series “Madam Secretary” in 2014 and 2015, and in 2014 she also appeared in the movie “Alex of Venice”, and the TV series “Red Band Society” and “One and Done” in 2014 and ‘15.

In 2016, Marin was selected to play Susan in the Marc Lucas film “Our Time”, before she was cast as Dr. Miller in 22 episodes of the sitcom “Speechless” from 2016 to 2018. She later played Christine Lonas in the Showtime TV series “Homeland” in 2017 and 2018 and Janice Gilpin in the acclaimed film “Jumanji: Welcome to the Jungle” in 2017. She’s caught the public’s attention with her role of Rose Weissman in the Amazon Video TV show, “The Marvelous Mrs. Maisel” since 2017, being nominated for two Primetime Emmy Awards (Outstanding Supporting Actress in a Comedy Series) in 2019 and 2020 for her role in the project. She also recently appeared in the series “Grey’s Anatomy” and the film “Jumanji: The Next Level” both in 2018.

Marin met her husband-to-be, the successful New York Theater director Randall Gerson Sommer, in 1992, when she was selected for a role in one of his plays. They began dating, and finally wed in a private ceremony in Cape Cod, Massachusetts, in November 1997. The couple has welcomed a son together, and the family is now living in Los Angeles, California.

Marin is of Norwegian, Italian, English and Irish descent and has dark brown eyes and long brown hair. She weighs approximately 111lbs (50kgs), is 5ft 5ins (1.65m) tall and is slimly built, with vital statistics of 35-25-35. She wears shoe and dress sizes 7.5 (US) and 4 (US) respectively.

Marin has worked as an actress for more than two decades now and has over 30 TV and film credits to her name. Her salary is approximately $360,000 per annum, she has a net worth of approximately $3 million as of 2022. She owns a luxury French Normandy house situated in Cheviot Hills, Los Angeles, which she reportedly purchased for $1.74 million.

The American attorney and actor Randall Sommer was born in the US in 1965, and is 57 years old as of 2022. The exact date of his birth, parent’s names and childhood details are unavailable. He became interested in acting while he was in Columbia Law School, and later appeared in the short film “Date Rape: No Means No.” He now works as a theater director and a lawyer.