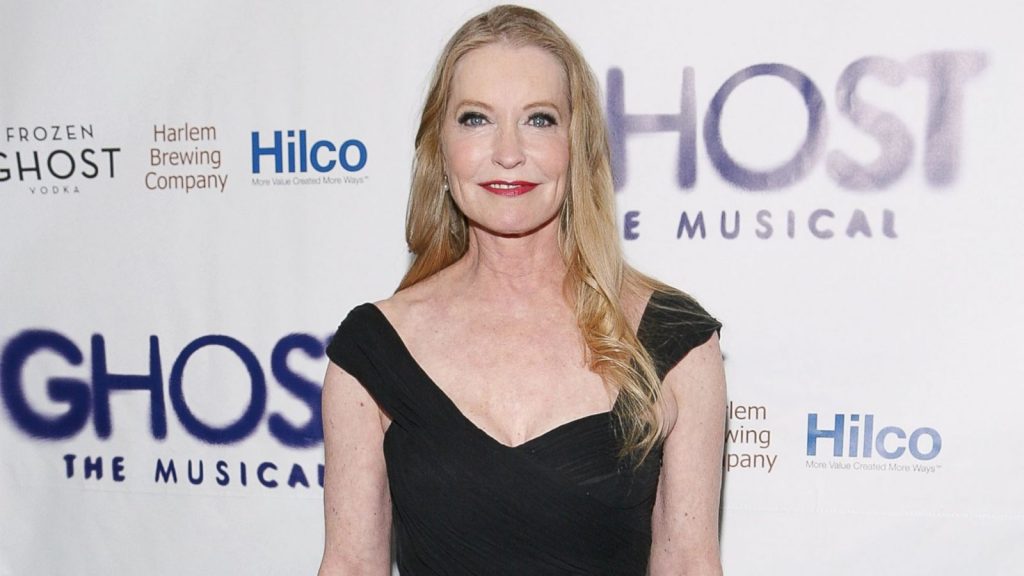 Who is Lisa Niemi?

A dancer and choreographer, turned writer, director and actress, Lisa Niemi is perhaps known best for the romantic drama “One Last Dance”, which she wrote, directed and starred in opposite her husband Patrick Swayze, the late actor and dancer. On 29 September 2009, Lisa released a memoir “The Time of My Life”, co-written by Patrick and finished shortly before his death, which became a New York Times Best Seller.

On 2 January 2012, Lisa released another memoir “Worth Fighting For: Love, Loss, and Moving Forward”, in which she wrote about Patrick’s struggle with the disease, touching stories from their final months together – her grief and loss; the book also became a New York Times Best Seller.

Lisa Anne Haapaniemi was born under the zodiac sign of Gemini on 26 May 1956, in Houston, Texas USA, thus she holds American nationality although she comes from a family of Finnish descent. Lisa was raised in her hometown alongside her five brothers, by their mother Karin who was a nurse, and father Edmund, who was a Red Cross worker.

Being raised as the only girl in an athletic family, Lisa excelled in diving and swimming, but when she was 10, she expressed an interest in acting, and thus took classes at Houston’s Alley Theater, and then went to Houston Music Theater, where she performed in numerous children’s musicals.

Lisa also had an interest in dancing from an early age, and when she was 14, she enrolled at the Houston Ballet Dance Company, from which she graduated in 1974. Her dance teacher and the instructor was Patsy Swayze, Patrick’s mother, and he was also a student there. The two eventually married, and moved to New York City to pursue their dance careers, and that’s when Lisa shortened her surname to Niemi for her theatre stage name.

In New York, Lisa trained with the Harkness Ballet and Joffrey Ballet, performing and dancing with the New York Contemporary Dancers, until she moved with Patrick to Los Angeles, California, where she launched her acting career.

Lisa made her acting debut portraying Janie Crane in two episodes of the series “Max Headroom” in 1987, followed by her roles in the movies “Slam Dance” and “Steel Dawn” in the same year, while in 1988, she was seen in John Hughes romantic drama “She’s Having a Baby”.

In the following year, Lisa was cast to play a Violinist in “Next of Kin”, followed by her role as Carla Frost in the TV movie “Super Force”, reprising this role in the spin-off series “Super Force”, which was aired until 1991.

Lisa’s next role came in the 1992 movie “Live! From Death Row”, followed by her appearance in “Younger and Younger” in 1993. Five years later, she had an uncredited role in the crime drama “Letters from a Killer”, starring Patrick Swayze, Gia Carides and Kim Myers.

As mentioned, Lisa and Patrick met when she was a teenage girl, when he was 18 years old, and although many believe that it was love at first sight, it actually wasn’t. Lisa was a ‘hard to get’ girl, and Patrick said that he found difficulty in speaking to Lisa, and though his charm worked so well on other girls, it just didn’t do it for Lisa. ‘I knew she was the smartest chick I’d ever met in my life’, said Patrick.

Eventually, Lisa gave him the chance to talk with her, and soon their love story began. As they both said, after a few dates they knew that they are meant for each other, that they wanted to spend the rest of their lives together.

The two married on 12 June 1975, the wedding held in a ballet studio as a tribute to their love. Lisa and Patrick shared the same passion for dancing, they also both had their pilot licenses, and were huge animal lovers. They lived on a ranch in New Mexico, and while Lisa was more into dancing, Patrick leaned more into the world of acting.

His breakthrough role was in the 1987 low-budget movie “Dirty Dancing”, which ended up making a whopping $214 million at the box office. The song that Patrick co-wrote for the “Dirty Dancing” soundtrack, “She’s Like the Wind”, was inspired by Lisa, their love, and the relationship that they had.

The two had some struggles during their marriage, and the one which was the hardest for them was the impossibility to have a child. Lisa suffered miscarriages twice, in early 1990 and then again in 2005.

In 2008, Patrick was diagnosed with stage four pancreatic cancer, Lisa saying: ‘I didn’t know much about the disease, but he did; he said to me, “I’m a dead man.”’ Although they both fought for his health, and he went on chemotherapy, sadly, on 14 September 2009, Patrick died aged 57.

In December 2013, it was announced that Lisa was engaged to Albert DePrisco, a 67 years-old jeweler from Boston, Massachusetts, who is currently based in Boca Raton, Florida. The two met through mutual friends, and dated for about a year and a half before he proposed to her on Christmas Eve.

They married on 25 May 2014, the wedding held at The Mar-a-Lago Club in Palm Beach, Florida in the presence of more than 50 guests.

As of July 2022, Lisa and Albert are still together; they don’t have children.

According to sources, at the time of his death, Patrick Swayze had a net worth estimated at over $40 million, and left his entire estate to his wife Lisa.