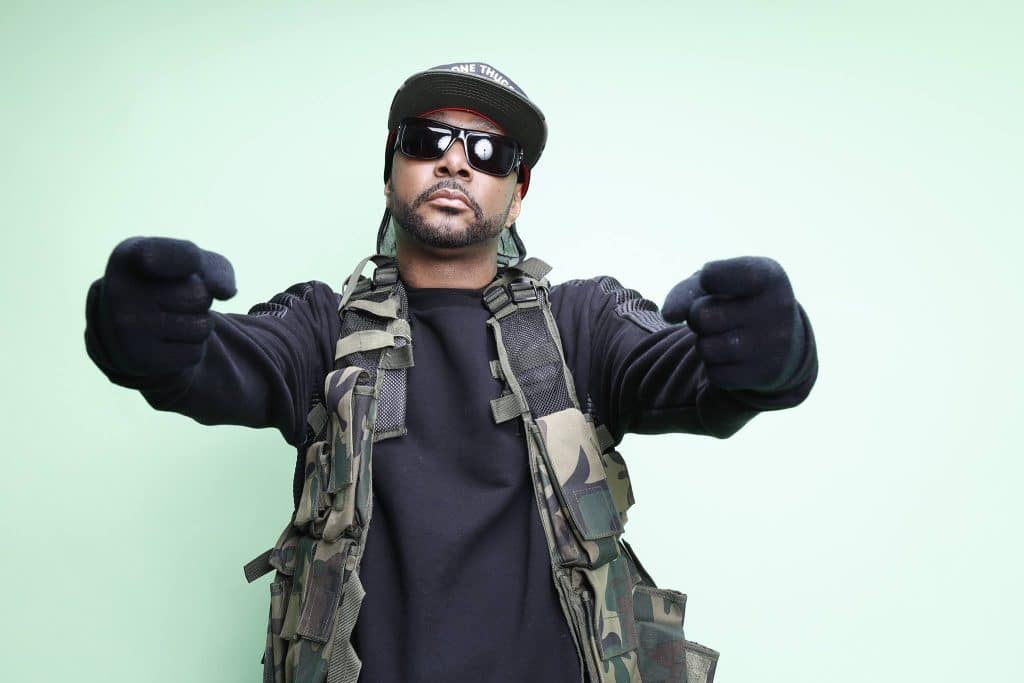 Krayzie Bone Net Worth, Wife, Children. What is he doing now?

Who is Krayzie Bone?

American rapper and music producer Anthony Henderson – aka Krayzie Bone – was born in Cleveland, Ohio USA, on 17 June 1973 under the zodiac sign of Gemini. He’s probably best known for being a member of the hip hop group Bone Thugs-N-Harmony, which also comprises Flesh-n-Bone, Layzie Bone, Wish Bone and Bizzy Bone.

Krayzie and his brother Kermit Henderson were raised in Cleveland by their parents, but as Krayzie respects their privacy, not a lot about them has been revealed; it’s known that they are fourth generation Jehovah’s Witnesses, which means that Krayzie and his brother don’t celebrate Christmas. Krayzie’s also revealed that he believes many rappers are today unintentionally following the Illuminati.

He was attending a local high school when he became interested in rap music, and it was during his four years there that he met the remaining members of Bone Thugs-n-Harmony, with the exception of Flesh-n-Bone. Krayzie matriculated in 1991, and then focused on music rather than pursuing a college degree.

In June 1994, Bone released their debut extended play (EP) “Creepin’ on ah Come Up” which became popular in the US, peaking at #2 on the Top R&B/Hip-Hop Albums chart, and #12 on the Billboard Top 200 Albums chart; two of the EP’s most successful singles were “Foe tha Love of $” and “Thuggish Ruggish Bone”. The boys seemed to have a bright future ahead of them, and Eazy-E taught them business skills and produced some of their songs, however, he then died from pneumonia on 26 March 1995.

They released their second album “E. 1999 Eternal” on 25 July 1995, and their singles “1st of tha Month” and “Tha Crossroads” both charted, with the latter topping the Hot Rap Tracks and Hot 100 charts. The following year saw the boys launch their own record label Mo Thugs Records, and their compilation album “Family Scriptures” was released on 5 November 1996. “E. 1999 Eternal” remains Bone’s most successful album, having been certified platinum four times by the Recording Industry Association of America (RIAA).

Bone was also to collaborate with 2Pac on their studio album “One Nation” in 1996, however, 2Pac was murdered in September of the same year.

Their following album “The Art of War” was released in 1997, and its single “Look Into My Eyes” peaked at #2 on the Hot Rap Tracks chart and #4 on the Hot 100 chart. They released their fourth album “BTNHResurrection” in 2000, and in June of the same year, Flesh-n-Bone was sentenced to spend 11 years behind bars after having been found guilty of assault with a firearm.

Their new album, “Thug World Order” was released in 2002, and peaked at #12 on the Billboard 200 chart; some of the album’s most popular songs were “Money, Money”, “Get Up & Get It” and “Home”. Bizzy Bone was removed from the group in the first half of 2003, and their first album as a trio “Thug Stories” was released on 19 September 2006, topping the Independent Albums chart and peaking at #25 on the Billboard 200 chart.

Get our newest album "ART OF WAR 3" today at Best Buy!!! Show that support and let them know you want #realhiphopmusic!!!

Bone revealed on 15 July 2015 that they would be releasing their last album in the same year, and that only a single copy would be made and auctioned off; the initial bid was set to $1 million. In 2017, Bone announced that they were still working on the album, and that it wouldn’t be auctioned off, but the album still hasn’t been released.

Krayzie’s solo album “Thug Mentality 1999” was released in 1999, and was certified platinum by the RIAA.

Krayzie’s still active with Bone Thugs-n-Harmony, and is today also running the foundation Spread the Love, which aims to bring music and arts close to underprivileged youth in Cleveland.

Although Krayzie prefers not to share the details of his love life with his fans, it’s known that he’s been married to non-celebrity American Andrea Henderson since 2014; they wed in Los Angeles, California, following a three-year relationship.

Prior to meeting his future wife, Krayzie was in a 10-year relationship with another woman named Andrea, with whom he has children Anthony, Malaysia and Nathan.

Krayzie was also married once prior to meeting Andrea, but the name of his first wife remains undisclosed, although they have two daughters together.

He hasn’t mentioned other women whom he’s been with – Krayzie’s married to his second wife Andrea Henderson as of October 2014, has two daughters with his first wife, and three children with his former girlfriend Andrea.

Krayzie’s popular on Instagram, as there are nearly 500,000 people following him on the social media network, while he’s posted over 3,000 pictures and videos onto his account, most of which serve to promote his music.

He’s into travelling, and has toured all around the US with Bone Thugs-n-Harmony, visiting nearly every state; Krayzie’s also been to a number of South American and European countries.

His favorite actors are Terrence Howard and Danny Glover, and some of his favorite movies are “Get Rich or Die Tryin’”, “Prisoners” and “The Best Man Holiday”.

Krayzie’s net worth’s been estimated at over $6 million, as of October 2022.