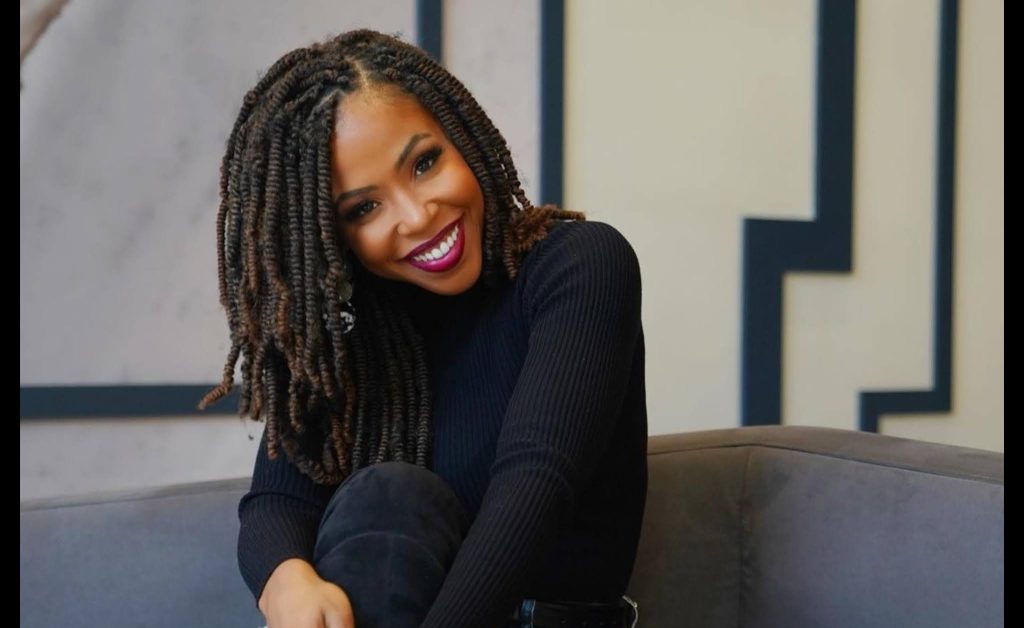 Who is KJ Smith?

An actress and model, Khaneshia JaNea ‘KJ’ Smith rose to prominence after her role as Melinda in the comedy series “Family Time” was broadcast from 2015 until 2018; besides the mentioned role, she has nearly 60 acting credits to her name.

She is perhaps known best for her role as Andrea ‘Andi’ Barnes in “Sistas”, which follows the story of a group of single African-American females from different walks of life, who bond over their one common thread: ‘why am I single?’, also starring Mignon and Ebony Obsidian.

KJ Smith was born under the zodiac sign of Taurus on 6 May 1985, in Tallahassee, Florida USA; she holds American nationality, and her ethnicity is African-American

KJ was raised in her hometown by her parents Marilyn and Ernest Smith, about whom nothing is known since KJ respects their privacy.

Speaking of KJ Smith’s educational background, she attended a local high school, and upon matriculating in 2003, enrolledintot Florida State University, from which she graduated with a Bachelor’s degree in Business Marketing in 2007. She then moved to Los Angeles, California to pursue her acting career.

KJ made her acting debut as Waitress in the 2009 short movie “Talent”, followed by her role as Jasmin Delacroix in “Dogs Are a Woman’s Best Friend” in 2010. In the same year, she made an appearance as a Funeral attendee in “Cocoa Love”, before she was seen as Whitney in “Sex/Absurd” in 2011.

In 2015, she was seen in “Whitney”, also starring Yaya DaCosta, Yolonda Ross and Arlen Escarpeta, followed by her role as Naomi in “Baker’s Man” in 2017. Next, she made an appearance as Maureen in “Love at the Shore”, before she was cast to play Gospel Nurse in “Caravaggio and My Mother the Pope”, also both in 2017.

In the following year, she made an appearance as Kimberly in “Throwback Holiday”, and then, she was seen as Tekly in “Shootouts” also starring Derrick A King and Eric Roberts. She followed with her role as Lisa in “Kevin Vs Josh”, and then in 2019, she starred as Carol in “A Madea Family Funeral”.

KJ’s next role came in the comedy “I Got the Hook Up 2″ before she made an appearance as Denise in “I Left My Girlfriend for Regina Jones”, all in 2019. In the following year, she was cast to play Deborah in “Fatal Affair” also starring Nia Long, Stephen Bishop and Omar Epps, and then starred as Nicole in “The Available Wife” also in 2020, which was her most recent movie role.

KJ made her first television appearance as Tracy Stoudemire in an episode of the 2011 series “Make Love Not War”, and then sguest-starred as Gloria-Resort Waitress in “All My Children”.In the following year, she made an appearance as Comedy Sketch Player in the comedy “Conan”, also starring Conan O’Brien, Jimmy Vivino, and Andy Richter.

In 2013, she was seen as Dr. Monica Knight in “The Therapist”, before she was cast to play Ashley in “Jacked Up”, and next made an appearance as Mrs Parker in “Friday: The Web Series” in 2014. She followed with her role as Sketch Artist in “Jimmy Kimmel Live!”, also starring Jimmy Kimmel, Guillermo Rogriguez, and Cleto and the Cletones.

From 2019 until 2021, she starred as Sasha Duncan in “The Family Business”, and concurrently was seen as Charlie in the 2019 crime drama “The Fix”, also starring Robin Tunney, Merrin Dungey, and Adam Rayner. She also guest-starred as Coach in an episode of the series “Family Reunion” (2019).

From late 2019 until 2022, she portrayed Andrea ‘Andi’ Barnes in the popular series “Sistas”, and her most recent role was her portrayal of Palomar in an episode of the series “Power Book 3: Raising Kanan” also in 2022.

There have been various rumors concerning both KJ Smit’s love life and her sexual orientation, however, it’s widely known that she’s straight. In 2018, she was dating Tanith Hanson, a talent manager from Los Angeles, and KJ is now engaged to her co-star from the series “Sistas”, Skyh Alvester Black.

Skyh was born under the zodiac sign of Aquarius on 16 February 1988, in Miami, USA; he’s an American actor and model, perhaps known best for his roles in the series “All the Queen’s Men”, “Sistas”, and “Lace”, among others.

Skyh and KJ met on the set of the series “Sistas” in 2019, and soon after revealed to the media that they were a couple.

On 26 December 2021, KJ posted photos of her engagement on her Instagram account, with the caption saying amongst other things: ‘Thank you to my family and friends for sharing this moment with me and for keeping such a huge surprise a secret. This is definitely the best Christmas I’ve ever had. I get to share my life with my soul mate, I love you Skyh Black unconditionally’.

Judging by their joint photos the couple seems to enjoy their love, and they are often seen together, holding hands during various red-carpet events.

As of August 2022, KJ is engaged, she hasn’t been married, and doesn’t have children.

According to sources, as of August 2022, her net worth has been estimated at $1.5 million, most of the income she’s earned thanks to her acting in numerous series and movies.