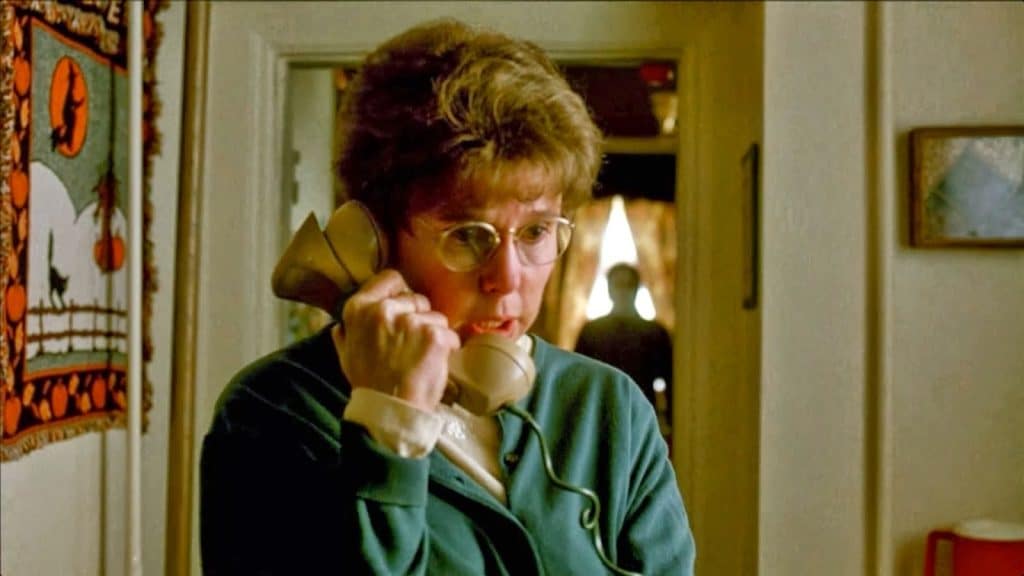 Kim Darby is an American actress, probably known best for her portrayal of Mattie Ross in the movie “True Grit (1969)”.  Her acting career slowed down in the 1980s as she made only minor appearances in movies and TV shows.

Kim Darby (birth name Deborah Zerby) was born on 8 July 1947, in Los Angeles, California USA to parents Jon Zerby and Inga Wiere, who were famous dancers known as The Dancing Zerbys back in the ’40s and ’50s. Inga was from Budapest, Hungary, the younger sister of comedians Harry, Herbert, and Sylvester Wiere who were known as the Wiere Brothers.

When Kim was three years old, she started performing on stage, at a time her parents Jon and Inga were participating in a Las Vegas showroom. She continued playing on stage until she went to school.

Kim’s father Jon nicknamed the young girl Derby, thinking that Derby Zerby would be a catchy stage name for her, and she initially appeared on stage under that name, but soon she realized that she wouldn’t land any serious roles with that nickname. She transformed Derby into Darby and adopted the name Kim after a popular girl she admired at school.

Kim attended Van Nuys High School. At the age of 14, the young actress was admitted to the adult acting workshop led by the famous director and producer Tony Barr, which took place at Desilu Studios on the Paramount Pictures lot.

Kim debuted in acting when she was 15 years old, and debuted as a dancer in the movie “Bye Bye Birdie” in 1963. It was followed by her episodic role as Julie Dean in 1963 and 1965 in the TV series “Mr. Novak” which starred James Franciscus, Dean Jagger and Burgess Meredith. Meantime, in 1964 she portrayed Patsy in an episode of the NBC TV medical drama series “Dr. Kildare”.

In 1965, she played the minor role as Gussie in the movie “Bus Riley’s Back in Town” opposite Michael Parks and Ann-Margaret. During the same year, she appeared as April in the film “The Restless Ones”, and in the following year she made three episodic appearances in the TV series “Run for Your Life”, “The Fugitive”, and “Star Trek”.

After a year, Darby appeared in three episodes of the TV series “Gunsmoke”, portraying Carrie Neely in “The Lure” and Angel in “Vengeance, Part 1 &2”. She made her breakthrough in 1969, when she was cast for the role of Mattie Ross in the movie “True Grit”, portraying the 14-year-old daughter of Frank Ross who gets murdered and robbed. The movie follows the story of Mattie who attempts to catch the killer by hiring  US Marshal Reuben “Rooster” J. Cogburn played by John Wayne. In an interview with Los Angeles Times, Kim admitted that she’d love to redo certain scenes, because she was distracted as she was thinking about her newborn baby. In other sources, she mentioned that she was also going through a divorce while filming the movie, which made it harder for her to focus on the role. Concurrently, she portrayed Doris Bolton Owen in the comedy film “Generation”, directed by George Schaefer.

From 1970 to 1973, Kim made several appearances, in movies such as “The Strawberry Statement”, “The Grissom Gang”, and “Don’t Be Afraid of the Dark”. She also played episodic roles in several TV series, including “The Streets of San Francisco”, “Circle of Fear”, and “Police Story”. In 1976, Darby appeared as Virginia Calderwood in the miniseries “Rich Man, Poor Man” which received multiple Emmy and Golden Globe Awards.

The actress’ career started slowing down significantly in the 1980s as a result of her amphetamine addiction and eating disorder. She was criticized for her weight by her agent, manager, and directors, forcing her to take fewer roles. She did, however, appear in movies such as “The Capture of Grizzly Adams (1982)”, “First Steps (1985)”, and “Teen Wolf Too (1987)”. She was also seen in single episodes of the TV series “Fantasy Island (1982)”, “Murder, She Wrote (1984)”, and “Scarecrow & Mrs. King (1985)”.

In 2001, Kim played the role of Louise Standon in the movie “Mockingbird Don’t Sing” which she describes as a challenging project because the director wasn’t co-operative and she had to figure out the character she was playing for herself. In 2007, the actress portrayed Barbs in the movie “Dead Letters”, and in 2017 she appeared in the horror film “The Evil Within”, which was directed by Andrew Getty.

In one of her interviews, Darby mentioned that her career would have been different if she had made different choices after “True Grit”. She trusted her managers, who didn’t take into account her personality, and she failed to take responsibility for her future roles. Even though she doesn’t regret her journey, she admits her personal problems and the harshness of the industry led her to take a step back from acting. Kim is currently retired.

In 1990, Kim started teaching acting at the University of California in Los Angeles (UCLA). In 1992, she began teaching the course “Kim Darby’s Acting for Film” which included intensive private group classes and focused on scene work and performance analysis. In 1993, she became the instructor in the Extension Program at UCLA, leading a required course entitled “Acting for Film from the Actor’s Point of View: A Workshop with Kim Darby”. She subsequently worked as a teacher for over 17 years.

As of late 2022, Kim Darby appears to be single, having been married four times in total. According to the New York Times, from 1968 to 1969 she was married to James Stacy, a famous American actor whom she met on the set of “Gunsmoke”. They had a daughter Heather Elias in 1969, shortly before divorcing. From 1969 to 1970, Kim dated Pete Duel whom she always remembered with affection, but in 1970 Darby was married the successful actor James Westmoreland for only two months. In 1978, Kim married Jack La Rue Jr. but whom she divorced in 1981. Shortly after, Kim married the producer William Tennent with whom she stayed until 1990. In one of her interviews, the actress mentioned that William didn’t want her to work, so she had to take an almost 10-year break from acting, making it hard for her to return to the job.

Kim Darby is 75 years old. She has short brown hair and brown eyes, and wears. She is 5ft 4ins (163cm) in height and weighs approximately 123lbs (56kgs). The actress doesn’t make public appearances frequently, so it’s unclear what clothing style she has currently., but during the 2010s, she wore blazers, long skirts, shirts and pullovers/sweaters.

As of late 2022, Kim Darby’s net worth is estimated at close to $500,000, most of which she accumulated through her teaching and acting endeavors. The actress hasn’t revealed where she lives, and whether she owns any real estate properties.