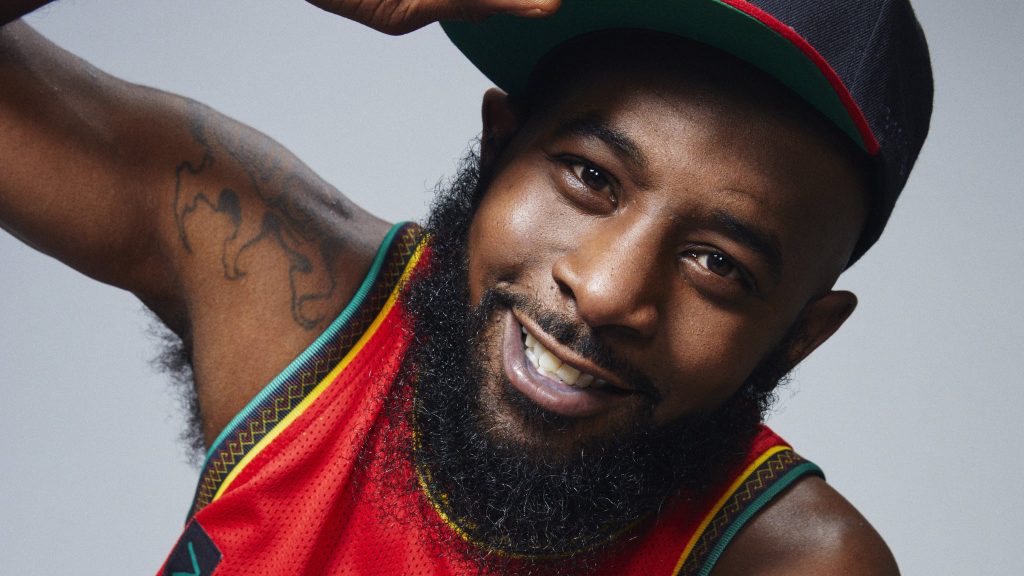 A rapper, actor, and comedian, who came into the limelight after his appearance as a cast member of the Music Television (MTV)’s comedy series “Wild ‘n Out”, Karlous Miller is perhaps known best for his notorious ‘wildstyle’ battles with fellow cast members, Chico Bean and DC Young Fly.

Karlous has nearly ten acting credits to his name, however, he’s better known for his work as a comedian, and for his podcast/comedy tour “The 85Southshow”, which he performed in Germany, Kuwait, and London, England.

Karlous Bernard Miller was born under the zodiac sign of Aries on 2 April 1983, in Oxford, Mississippi USA, thus he holds American nationality, and comes from a family of African-American and White descent.

He was raised by his parents, about whom nothing is known since Karlous respects their privacy, but it’s known that he has five siblings, whose names and occupations he also hasn’t shared since they prefer to keep their lives away from the media’s attention.

Speaking of his educational background, Karlous attended a local high school, and upon matriculating in 2001, he didn’t enroll in college but worked as a firefighter until 2005, when he moved to Atlanta, Georgia to try a career as a stand-up comedian.

Karlous made his acting debut portraying Flyree Johnson in the 2005 movie “Glorious Mail”, also starring Bruce Butler, Will Atkinson, and Jane Rule Burdine. He was next seen in the series “Blackson’s Basement” in 2014, followed by his role as De’Andre in an episode of the series “Family Time” in 2017.

In the same year, Karlous appeared in “All Def Comedy”, a television series featuring stand-up comedy, and then in 2019, Karlous was cast as LJ in “Last Call”, followed by his role as Larry in the TV movie “How High 2”, also starring Lil Yachty and DC Young Fly.

See if you can find me in this movie!

In 2020, Karlous had a support role as Comic Finalist in the movie “2 Minutes of Fame”, and then, in the following year, he was heard in the Podcast series “RJ White – Vipers Pro Basketball (Feature: The 85 South Show)” and “We Stay Looking”, which brought Karlous The Ambies nomination for Best Performer in Audio Fiction, which he shares with the rest of the crew.

Speaking of his career as a stand-up comedian, he landed a role on MTV’s “Yo Momma”, and has since appeared in “Hell Date”, “Who Got Jokes”, and “Comic View, Last Comic Standing”, among others, while he’s worked with headlining comedians such as Gucci Mane, Doug Benson and Jermaine Dupri. However, his most notable success as a stand-up comedian to date, is that he has a 30-minute special which is available on Kevin Hart’s “Laugh Out Loud Network”, but which was premiered on the Starz network.

Since Season 5 of the improv comedy series “Wild ‘n Out”, Karlous has been one of the recurring cast members, mostly known on the show for his ‘Sucka MC Battles’ with Chico Bean. The fifth season of the podcast began in 2015, and Karlous since appeared in almost every episode until the 12th season, when he announced in his interview for “The Breakfast Club” that he was no longer a cast member, and that he had been fired from the show.

Fans of the show demanded that Karlous return to the show, and which happened during the production of the 13th season.

There have been various rumors concerning both Karlous’ love life and his sexual orientation, and he’s been romantically linked to various people from the entertainment industry. However, he hasn’t spoken about his previous relationships before he started dating Ashima Franklin, who is also a comedian, who rose to fame on Showtime’s “Kattpacalypse” and Bounce TV’s “Off the Chain”.

The two haven’t revealed how and when they met, and when their love story started, but it’s known that they welcomed their son in 2008, but eventually separated in 2019. Karlous and Ashima have stayed in a good relationship because of their child, and are co-parenting.

As of July 2022, Karlous seems to be single, hasn’t been married or engaged, and has one child.

Net worth, cars, and house

According to sources, Karlous’ monthly earnings are over $45,000, and his net worth has been estimated at over $4 million, as of July 2022, so it isn’t surprising that he’s managed to fulfill his dream of owning a car collection.

Judging by his Instagram posts, he has a thing for retro GM machines, and has recently had his 1969 Chevrolet Camaro upgraded. He also owns a 1996 Impala S.S.S.S, which he’s fully customized – when he bought the car, the original price was $22,500, however, after the customizing the value rose considerably. Karlous’s car collection counts over 15 cars, including a 1993 Chevy Caprice, which is said to have cost more than $35,000, and he has Pontiac Firebird, among many others. If you;re interested in viewing his cars, there is a YouTube video posted by The Lit Channel featuring Karlous’ car collection.

Karlous is also the owner of a luxury house located in Atlanta, where he lives with his son. He also owns a small house that is said to have cost nearly $250,000, which he uses when he wants to relax, and have a break from work and city life.

This 39-year-old comedian has an army of his fans, and if you are one of them, you can keep track of his life and work through his social media platforms such as Instagram, Facebook, and Twitter. There are also numerous YouTube videos featuring Karlous’ performances in various series and shows.