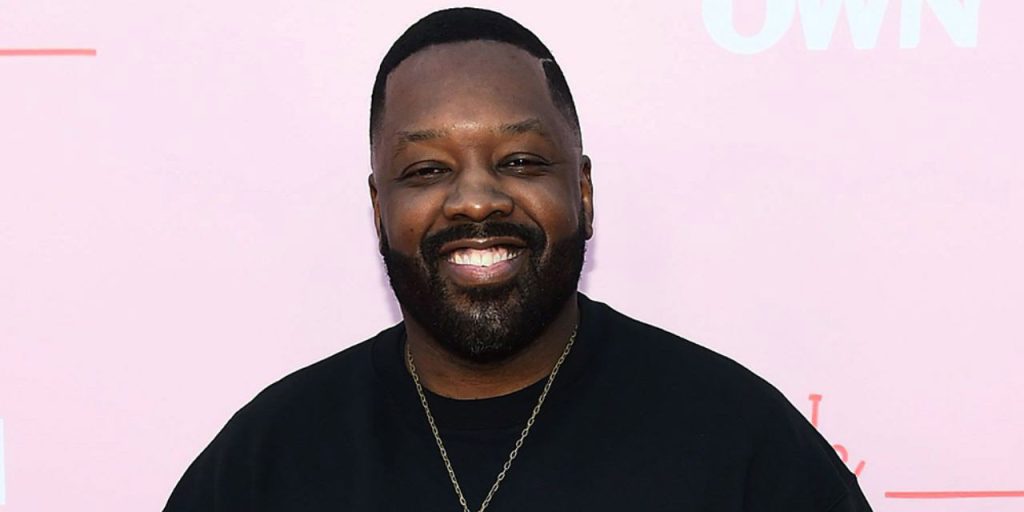 Who is Kadeem Hardison?

Back in 1987, the comedy drama series “A Different World”, which was a spin-off from “The Cosby Show”, started airing on the National Broadcasting Company (NBC) channel, and one of the main and favorite characters was Dwayne Wayne, known for his sense of flirting with girls and his characteristic flip-up glasses. If you ever wanted to know more about the actor who portrayed this character, you are in the right place.

His name is Kadeem Hardison, who is also a writer and director, while he has nearly 100 acting credits to his name, and although he is perhaps still best known for the mentioned role, he has been seen starring in numerous movies, such as “White Men Can’t Jump”, “Renaissance Man”, and “Drive”, among others.

Kadeem was born under the zodiac sign of Leo on 24 July 1965, in Bedford-Stuyvesant, Brooklyn, New York City USA; he holds American nationality, and is of African-American ethnicity. He was raised an only child of Bethann Hardison, who was a catwalk model, and Donald McFadden, fine art and antique collector.

When his parents divorced, Kadeem continued living with his mother, his aunt Martha, and his grandmother Sophie.

Kadeem had an interest in performing from an early age, and although his mother wanted him to start modeling, at the age of nine he enrolled into acting classes, studying with Earl Hyman and later at H. B. Studios in New York City.

Speaking about his educational background, he attended a local high school, and upon matriculating in 1983, he didn’t enroll into college but pursued his acting career.

Kadeem made his acting debut in an episode of the series “ABC Afterschool Specials” in 1981, followed by his role as Phillip Washington in “The Cosby Show” in 1984.

In the following years, he guest-starred in series such as “American Playhouse”, “Spenser: For Hire”, and “The Fresh Prince of Bel-Air”, before in 1987 being cast to play his most notable role as Dwayne Wayne in “A Different World”, which aired until 1993. His performance brought him two Image Awards for Outstanding Lead Actor in a Comedy Series, in 1991 and ’92, and he was also nominated for the 1988 Young Artist Award-Best Young Actor Starring in a New Television Comedy Series.

Concurrently, Kadeem made an appearance as Henry Brooks in “CBS Schoolbreak Special” in 1992, which brought him and the rest of the cast a nomination for the Daytime Emmy Award for Outstanding Children’s Special.

In the following years, Kadeem guest-starred in numerous television series, and since the list of his roles is too long to enumerate, we will mention some of his most notable, such as his portrayal of Charles Gordon in “Between Brothers” from 1997 until 1999, and then in 2003, he portrayed Will Jefferies in “Abby”, followed by his roles as Charles Atwood in “Just for Kicks” (2006), Judge Harry Watkins in “Everybody Hates Chris” (2009), Paz in “Cult” (2013), and Russell Lemmons in “Supernatural” (2016).

Kadeem was next seen starring as Craig Cooper in “K. C. Undercover” from 2015 until 2018, concurrently starring in  “Love Is“ in 2018. Next, he was cast to play Spencer in “Black Monday” in 2019, followed by his role as Bowser Jenkins in “Teenage Bounty Hunters” in ’20, while his most recent television role was his portrayal of Carnegie in “Grown-ish”, in 2022.

Kadeem had his first big-screen role as a High School Student in the 1984 movie “Beat Street”, but unfortunately for him, the scenes were deleted. However, in the same year, he was cast to play Royal in “Go Tell It on the Mountain”, which was his breakthrough role.

Kadeem next portrayed Pvt. Jamaal Montgomery in the 1994 comedy “Renaissance Man”, also starring Danny DeVito, James Remar and Gregory Hines, followed by his role as Judge in “Panther” in ’95, and the same year he portrayed Julius Jones in “Vampire in Brooklyn”.

Two years later, Kadeem was cast to play Antoine Tyler in “The Sixth Man”, followed by his roles in “Drive” and “Blind Faith”, while in 2000, he was seen as Winston in “Dancing in September”, a drama written and directed by Reggie Rock Bythewood.

From 2000 until 2010, Kadeem made appearances in numerous movies – some of his most significant roles were in “Showtime”, “Face of Terror”, and “Life is Not a Fairytale: The Fantasia Barrino Story” which in 2007 brought him the Image Award for  Outstanding Actor in a Television Movie, Mini-Series or Dramatic Special. During these years, he was also seen in “Bratz”, “The Sweep” and “Ashes”, among others.

During the next decade, Kadeem starred in “Escapee”, “The Dark Party”, “Sister Switch” and “Paddleton”, with “Playing with Beethoven” in 2021 being his most recent movie role.

There have been various rumors concerning Kadeem’s love life, and one of them was that he was in a relationship with his fellow from “A Different World”, Jasmine Guy, who portrayed his on-screen match, Whitley Gilbert, however, although Kadeem in one of his interviews confessed that he had a crush on her, they are just close friends.

In 1997, Kadeem married his long-term girlfriend Chanté Moore, a famous African-American singer – before they married, they became parents to their daughter, Sophia, who was born in 1996. The marriage between Kadeem and Chanté only lasted until 2000 when they divorced, the reason for which wasn’t disclosed.

In the following years, Kadeem was in a relationship with Canadian actress Cree Summer, however, after the two broke up, Kadeem hasn’t spoken about any other relationships.

As of March 2022, Kadeem seems to be single, has been married once, and has one child.

Kadeem has earned most of his wealth during his over 35 years long career, starring in numerous movies and television series, and so according to sources, as of early 2022, his net worth has been estimated at over $2 million.