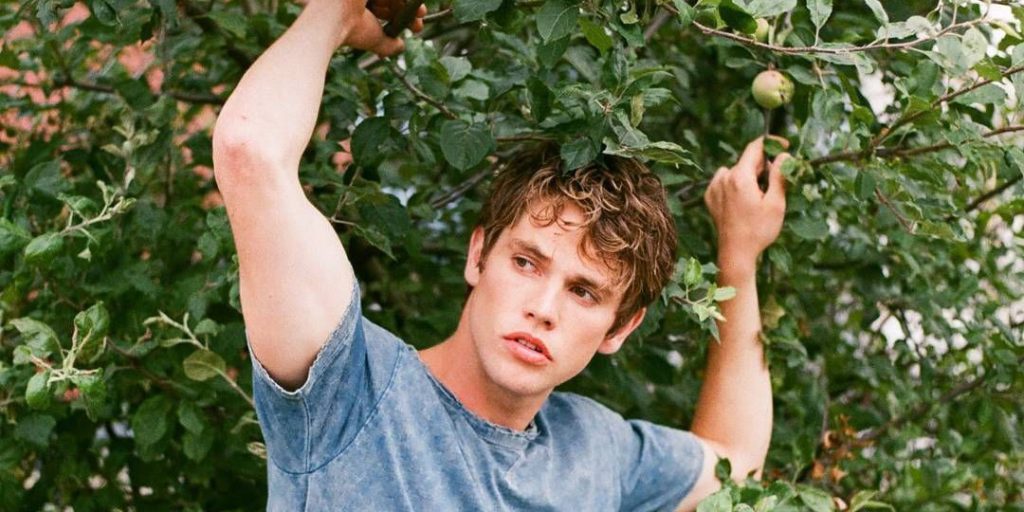 Who is Jedidiah Goodacre?

When Disney’s movie “Descendants” was released in 2015, children all around the world enjoyed this fantasy comedy; one of the antagonists was Prince Chad Charminga rude and arrogant student at Auradon Prep School, and the son of Cinderella and Prince Charming,. The actor who portrayed this character is Jedidiah Goodacre, and if you ever wanted to know more about him, you are in the right place.

He has over 25 acting credits to his name, and besides the above mentioned role, Jedidiah is perhaps known best for his role as Dorian Gray in the series “Chilling Adventures of Sabrina”, which was broadcast from 2018 through 2020. He’s also been seen starring in numerous movies, including “Zapped”, “The Recall” and “Finding You”.

Jedidiah Goodacre was born under the zodiac sign of Capricorn on 11 January 1989, in Petrolia, Ontario, Canada, thus he holds Canadian nationality, and his ethnicity is White. He was raised in his hometown by his parents, the youngest of five siblings – he has three brothers and a sister, whose names he hasn’t revealed. Jedidiah also hasn’t spoken about his parents’ names and their occupations, since he respects their privacy.

He had an interest in performing from an early age when he also discovered his talent for singing; Jedidiah began acting and singing in plays when he was in elementary school, even then dreaming of becoming famous.

Speaking of his educational background, he attended a local high school, and upon matriculating in 2007, he enrolled at Vancouver Film School for Acting for Film and Television, from which he graduated with a BA degree in 2012.

Jedidiah made his acting debut portraying Cotton in the 2013 movie “Restless Virgins”, and then in the following year, he made an appearance as Matt in “Way of the Wicked”, before he was cast to play Tripp in the 2014 fantasy comedy “Zapped”, also starring Zendaya, Spencer Boldman, and Chanelle Peloso.

In 2015, he was seen as Jetpack Buddy in “Tomorrowland”, before he was cast to play his most notable role, to date, as Chad Charming in “Descendants”, also starring Dove Cameron, Booboo Stewart and Cameron Boyce, which was nominated for six award nominations, including for a Primetime Emmy, and won two.

In the same year, Jedidiah made an appearance as Skeezix in the short movie “Dude, Where’s My Ferret?”, and then in the following year, he was seen as Gary Smith in “Dying to Be Loved” before his role as Jake (Letterman Kid) in “Monster Trucks”.

In 2017, he was cast to play Charlie in “The Recall”, after which he reprised his role as Chad Charming in the sequel “Descendants 2”, which had three award nominations.

In 2019, he was again seen as Prince Charming in the second sequel “Descendants 3”, then he was cast to play Beckett Rush in the 2020 movie “Finding you”, while his most recent role has been his portrayal of Hunter in the short movie “Hunter’s Cabin”, in 2021.

Jedidiah’s fans will be happy to hear that he’s completed filming for his new movie entitled “Margaux”, also starring Lochlyn Munro and Madison Pettis, however, the release date of this horror thriller hasn’t been revealed yet.

Jedidiah made his first television appearance in 2015, portraying Craig in the mystery drama series “The 100”, also starring Eliza Taylor, Marie Avgeropoulos and Bob Morley; the series was nominated for 44 rewards including for a Primetime Emmy, and was followed by his guest role in an episode of the series “V.C. Andrews’ Dollanganger Saga”, in the same year.

In 2016, he was cast to play Felix in “Some Assembly Required”, and then in the following year, he was seen as Jason Tanner in the series “Somewhere Between”, before in 2018 portraing Roman in “The Originals”, also starring Joseph Morgan and Claire Holt. Next, from late 2018 until 2020, he starred as Dorian Gray in the popular horror series “Chilling Adventures of Sabrina”.

Jedidiah’s most recent television role is his portrayal of Derrick Holland in the TV mini-series “Matchmaker Mysteries”, in 2021.

Jedidiah’s fans can keep track of his life and work through his social media accounts; his Instagram has been followed by over 270,000 people, while his Twitter account established in September 2013 has amassed nearly 15,000 followers. He’s mostly active on his Instagram, on which he posts updates about his work, everyday life including traveling, as well as also posting vlog videos, and videos of his dog, Zooko.

In his spare time, he likes to go walking with his friends, or spend his time on the beach with his dog; also, one of his favorite hobbies is surfing.

Jedidiah has several hobbies, and one of which is photography, he likes to take photos of his dog, places he’s visited, and featuring his friends while they are all having a good time on the beach.

He likes to read books, and his favorite is “The Myth of Sisyphus” a novel by Albert Camus. He also enjoys movies, although he prefers to watch them at the cinema. His number one movie is “Fight Club”, starring his favorite actor, Brad Pitt.

Jedidiah is into traveling, and has visited several US states, while he’s also traveled around the world; his favorite destination is Biarritz, France which is, according to him, one of the most beautiful cities in Europe, and is also a perfect destination for surfers to enjoy.

There have been various rumors concerning both his love life and his sexual orientation, however, he hasn’t spoken about his previous relationships, and rumors about him saying that he’s gay started after his interview for Pride.com, in which he said: ‘You just have to love rom-coms, you know what I mean? Everyone’s got a part, nobody’s the true Grinch. I love rom-coms.’

This implied comments about him being too sensitive for someone who presents himself as a ‘macho-man’ on the internet, but Jedidiah answered:’ “If anyone tells you they’re not a rom-com fan they’re probably acting tough and they’re lying.’

However, Jedidiah is straight, although he supports the Lesbian, Gay, Bisexual, and Transgender (LGBT) community.

Some rumors were saying that he was romantically linked with his co-star from “Descendants” Dove Cameron, however, neither she nor Jedidiah confirmed these assumptions.

Jedidiah likes to keep his personal matters away from the media’s attention, and even his posts on social media platforms have no photos featuring himself and any person with whom he might be in a relationship.

As of June 2022, it seems that Jedidiah is single, he hasn’t been married or engaged, and doesn’t have children.

According to sources, as of June 2022, his net worth has been estimated at $1.5 million, with most of the income earned starring in numerous movies and TV series.