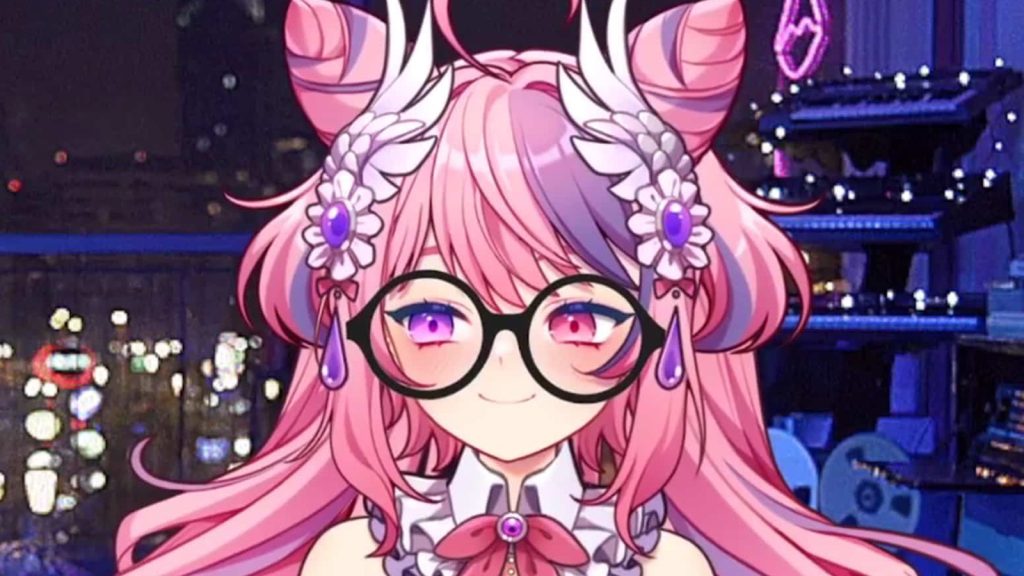 An American female Virtual YouTuber and Twitch streamer based in Puerto Rico, known for her high-pitched voice singing opera, bubbly personality and abundant charisma, Ironmouse is today one of the most-followed English language streamers on Twitch and had the most active paid subscriptions of all platform channels for a period in February 2022.

She hasn’t revealed her real name or her face, and her alter-ego is a friendly, fun-loving pink demon avatar, a 3D model with facial tracking. Ironmouse was inspired by the Japanese content creator, Kizuna Ai, who is the first YouTuber referred to as a Virtual YouTuber (Vtuber), and who streamed with a digital avatar to conceal his identity.

Ironmouse hasn’t revealed any information regarding her private life, so nothing is known about her parents, any siblings, and childhood. In her interview for the Washington Post, she revealed that she dreamed of becoming an opera singer, however, later she was diagnosed with common variable immunodeficiency (CVID), an immune disorder that has left her largely bedridden, and has required her to remain isolated from others – the main reason why she started streaming was loneliness.

Ironmouse started streaming in early 2017 on the streaming platform YouNow, and her first avatar was a free avatar from Steam Workshop, and she used a set of iPhone headphones as a microphone, however, she created a Twitch account on 28 September 2017, and a day later launched her YouTube channel.

Ironmouse’s goal was not popularity or money – she just wanted to have fun and to talk to people, since she was lonely and lying sick in her bed. At first she was nervous about joining Twitch, however, after she found the community welcoming, she began to stream daily.

In 2019, Ironmouse unveiled her original Live2D model by Ketama, which she designed, and she continued to use this model throughout 2020 until June, when she revealed her 3D model.

Ironmouse became a Twitch partner in May 2020, and in July a YouTube partner, while in November she announced her membership in the new Vtuber agency, called Vshojo, a company based in the US co-founded by Justin ‘TheGunrun’ Ignacio – a member of the team that founded Twitch – and Phillip ‘MowtenDoo’ Fortunat, a YouTuber; the Vshojo was founded to empower and promote English-speaking Vtubers.

On 4 February 2022, Ironmouse started a subathon, during which each sub, gift sub, and every 500 bits or $5 donated would extend the stream duration by 15 seconds, which resulted in streaming continuously for days, even when she was sleeping, because of her friends who made guest appearances – during the subathon, her Twitch account reached one million followers, and so Ironmouse became the most subscribed female streamer on this platform, surpassing the previous record held by kkatamina.

The subathon lasted 31 days and ended on 7 March 2022, by which time she had over 170,000 subscribers watching her stream, while today, her Twitch channel is followed by over 1.2 million people.

As mentioned, Ironmouse launched her main YouTube channel on 29 September 2017, which is today subscribed to by over 700,000 people, with all of her videos combined having gained over 30 million views. She mostly posts videos featuring her Twitch streams’ best moments, but also of her talk show, “SPEAK OF THE DEVIL” – her guests are her fellow Vtubers, such as Snuffy, Lord Aethelstan and Haruka Karibu, among others.

The most viewed video on Ironmouse’s self-titled channel is “IM A TRAINED PROFESSIONAL”, posted on 7 June 2021, featuring her avatar singing and dancing, which has amassed nearly 2.5 million views.

Many people assume that her voice is digital, however, Ironmouse explained that it’s her regular speaking voice, another byproduct of her condition which is known to cause repeated respiratory complications, adding that she had a fluctuating voice for a long time: ‘I’ve had issues in my personal life where people don’t take me seriously. They’re like, ‘Little girl, can I talk to your mom?’ I’ve had a couple streamers find my voice strange, but then I talked to them in private and they’re like, ‘Holy s—, it’s real!’, -said Ironmouse.

The number two most viewed video on her channel, “[MV] King – Ironmouse (Cover)”, has gained over a million views, over 70,000 likes, and thousands of comments saying how her voice is amazing, and how much they enjoyed her singing.

Ironmouse’s third most viewed video “ KULIKITAKA TI ME” was uploaded on 20 July 2021, and has been viewed over 900,000 times. One of her subscribers explained that ‘the KULIKITAKA  song is a very famous merengue song from the Dominican Republic, the merengue is “dance music”, and is very popular in the big Caribbean islands and Venezuela and Colombia’, and people commented that Ironmouse became an ambassador of goodwill to the Dominican people by singing this song.

Ironmouse has another YouTube channel, entitled “IRONMOUSE VODS“ launched on 28 November 2020, which is today subscribed by nearly 50,000 people, and all of her videos combined have gained over three million views.

Ironmouse has an Instagram account that has been followed by nearly 40,000 people, and she’s posted over 40 times, mostly featuring her avatar pictures drawn by her fans.

Her Twitter account established in April 2009 has amassed over 615,000 followers, and she’s tweeted over 10,000 times, mostly related to her work.

Ironmouse has a TikTok account too, which is followed by over 130,000 people; all of her videos combined have gained nearly 800,000 likes.

As mentioned, Ironmouse is quite secretive when it comes to her personal life, and she hasn’t spoken about her relationships – although there were various rumors concerning both her sexual orientation and her love life, she hasn’t commented on these assumptions.

As of June 2022, it is believed that Ironmouse is single, she hasn’t been married or engaged, and she doesn’t have children.

Ironmouse’s real age is unknown, however, her alter ego celebrated her 6,669th birthday on 11 January 2022, and over 20,000 viewers attended her birthday Twitch stream.

Who is RatedEpicz? Real Name, Age, Girlfriend, Net Worth, Wiki