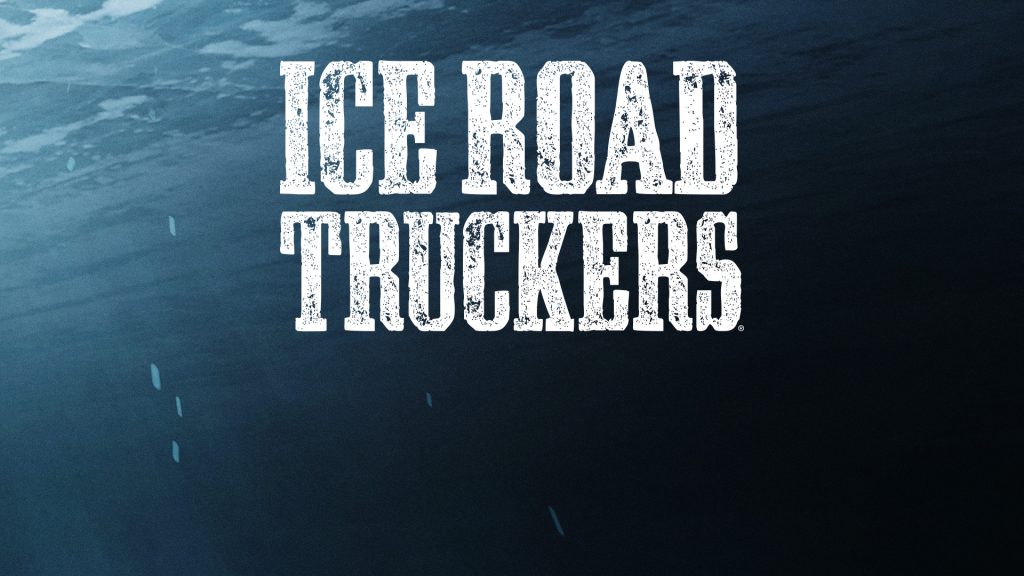 “Ice Road Truckers” Star Is Arrested For Kidnapping And Extortion

What is “Ice Road Truckers”?

Premiering in June 2007, “Ice Road Truckers” (IRT) was a successful reality series airing on the History Channel, giving viewers a glimpse into the lives of truck drivers who work seasonal routes in Canada, Alaska, and other far-flung locations. Manitoba was where most of the filming took place for the newer seasons, whereas Alaska’s famous (and dangerous) Dalton Highway was featured from seasons three to six.

Although it would take the show around seven years to become a fully-fledged idea, and get and up running, way back in 2000 the History Channel included an episode of the same name in the “Suicide Missions” series. Drawing on “Denison’s Ice Road”, which was written by Edith Iglauer and based on the well-known ice road engineer John Denison, the original episode was positively received, and would lead to Thom Beers being hired by the History Channel in 2006 to create a series inspired by Edith’s book.

Airing in Australia, New Zealand, Italy, the Netherlands, the UK, and several African countries, IRT lived up to the hype, with the season one premiere becoming the History Channel’s most-watched original telecast until then. Over three million households tuned in around the US, and the show proved itself so popular that just a year later ,20th Century Fox acquired rights to create a theatrical action film based on the series. Although the project never came to fruition due to alleged funding difficulties, IRT’s influence was undeniable.

Sadly, IRT came to an end in November 2017, with an impressive 11 seasons under its belt. Many felt that the series had simply run its course, but fan conspiracy theories claimed that the show’s erratic cast members heavily influenced the History Channel’s decision to pull the plug on what had been one of its most successful offerings.

Every reality series has its good and bad guys, and Alex Debogorski, who appeared in every season, was undoubtedly the star of IRT. Describing himself as a family-orientated individual with strong Roman Catholic beliefs, Alex was born in August 1953 in Berwyn, Alberta, in a cave north of Figure Eight Lake. His parents, Irene and Stanley, were Polish and had emigrated from Britain.

There’s not much information about Irene online, but we discovered that Stanley trained as a paratrooper, and served 12 years in the British military before emigrating, with the highlight of his career being his participation in Operation Market Garden, dropping on Arnhem during WW2. In 1972, Alex and Louise tied the knot and wasted no time in having an impressive brood of 11 children. According to Alex’s website, the reality TV star has 14 grandchildren and counting.

So how was Alex hired by the History Channel? A film crew went to the Northwest Territories in 2006, searching for potential cast members for IRT, and were told by many locals that they absolutely had to meet Alex Debogorski. With his trademark laugh and tall physique, it’s true that Alex stands out in any crowd, and quickly became one of the most beloved truckers on the show.

Making the most of his IRT fame, Alex published his first book, “King of the Road: Tales from a Legendary Ice Road Trucker”, in the fall of 2010. The book, a biographical hodgepodge of anecdotes, short stories, and Alex’s life history, allowed readers a much more intimate look into the upbringing of their favorite TV personality.

Some of Alex’s other interests are gold and diamond exploration and, surprisingly, clean living. With health issues prompting him to switch to a more wholesome lifestyle sometime in the 2010s, the reality star keeps himself in tiptop shape, and is a fan of natural supplements and a healthy diet. He has also made promotional appearances at health food stores to spread the message.

Hugh Rowland, Drew Sherwood, Rick Yemm, Jay Westgard and T.J Tilcox were the other main cast members in season one, but were soon replaced by more charismatic truckers – save for Hugh, who made his last appearance in the show in season eight. With his no-nonsense and down-to-earth attitude, producers quickly realized that Hugh had the potential to be a great addition to the show… although he would later spill the beans about his ice road trucking career and the cameras.

During a promotional run for the release of his book, “On Thin Ice”, Hugh had a sit-down interview with the lesser-known YouTuber Joshua Nannie, and confessed: “As soon as they put cameras in the trucks, all them drivers of mine thought they were Hollywood superstars, and I ended up firing everybody.”

In another interview with Hollywood Soapbox, Hugh added that the cameras weren’t “right in your face” all the time. Despite firing his drivers and being a divisive character, the British Columbian trucker appeared in eight seasons of the show and a couple of spin-offs, before moving on to bigger and better things.

Lisa Kelly was another fan favorite who appeared in seasons three to five and seven to 11. The vibrant blonde stood out for being the only female trucker on the show until Maya Sieber and Stephanie Custance came along in seasons five and ten respectively. Kelly, who was born in Michigan in December 1980, relocated to Alaska with her family at the age of six and dropped out of college after one semester.

Some of the jobs she held before training as a trucker include being a school bus driver, motocross rider, and gas station attendant. Upon completing her training, Lisa began working for the Alaskan haulage company Carlile Transportation, and said of the experience: “I had to work twice as hard. I had to pull my weight and everybody else’s and get the job done as fast, or faster.”

According to the journalist Kaye O’Hara, Lisa turned down a contract to return to IRT for season six, saying that she was taking a year off. The Michigan native also participated in “IRT: Deadlist Roads”, where she trucked in the Himalayas, Bolivia, and Peru in strenuous conditions alongside Rick Yemm, Dave Redmon, and Alex.

These days, Lisa is enjoying life with her spouse Traves Kelly, an avid dirt bike rider and Aleut Native Alaskan. The couples share many hobbies such as horse riding, hang gliding, skydiving, and snowboarding, guaranteeing that there’s never a dull moment between the two. They also share two mascots – a miniature horse named Rocky and a cat named Tanzi. Lisa and Traves tied the knot in 2008; they don’t have children.

Every reality show seems to be rife with scandal behind the scenes, and IRT is no different. Tim Zickuhr, an actor known for his work in “1000 Ways to Die” and “Fear Factor”, made headlines in April 2014 after kidnapping and extorting a prostitute who went by the alias “Snow White”, real name Lisa Cadeau.

According to a detailed police report, Tim hired Lisa and allowed her to use his ATM card to receive her payment. A day later, he accused her of stealing, and tied her up with backpack straps before dumping cold water on her and locking her in a closet. Possibly under the influence of drugs, an enraged Tim demanded that Lisa give him the telephone number of someone who could bring the $1,000 he said he was owed – to which she gave him the number of a Las Vegas police officer.

According to the police report, Lisa was also quoted as saying: “help me, he’s going to kill me” before the call was disconnected. Some online sources claim that Tim took Lisa to a casino near the Las Vegas strip, where the trucker was apprehended and arrested by two police officers. Understandably, The History Channel declined to comment on the unsavory incident, perhaps taking advantage of the fact that Tim only appeared on the show briefly, quitting after a couple of episodes.

Tim pleaded guilty to extortion and kidnapping, and was sentenced to 15 years in prison in February 2015.

David Redmon and Arthur Burke are two other cast members who made news for all the wrong reasons. In a scathing tell-all interview with the popular trucking magazine Overdrive, David claimed that the producers of IRT pulled out all the stops to make him one of the villains on the show. “They had me scripted as the bad guy, and to get fired,” David is quoted as saying. “They really spent a lot of effort making me look terrible in Alaska.”

Disgruntled reality stars lashing out at their bosses is nothing new, but David took things a step further with the salacious claim that the producers of “IRT: Deadliest Roads” deliberately put cast members’ lives at risk by having them drive unsafe vehicles in unfavorable and at times extreme conditions. It’s not known what David is doing now, but it’s clear that reality TV isn’t for him, as he only appeared in 15 episodes of the show, and is now living a lowkey life.

As for Arthur, he was sentenced to 18 months of house arrest in October 2020, having pleaded guilty to one charge of arson by negligence. Numerous news outlets reported that Arthur, while trying to make a concentrated cannabis substance with butane named “shatter”, was responsible for a major explosion at his apartment. Some fans even feared for his life as the trucker spent almost two weeks in hospital recovering from his injuries.

Luckily for the former TV personality, Arthur was allowed to serve his house arrest sentence from the cab of his truck and keep working, perhaps to pay the $60,000 damages he caused in his apartment complex.

As we mentioned earlier, the producer and executive Thom Beers was pivotal in the conception and success of IRT. Born in New York in 1952, the narrator has produced over 40 TV series since the mid-1990s, and founded Original Productions, his own production company, in 1999. Some of the shows he’s worked on include “Deadliest Catch”, “Monster House”, “Lobster Wars”, and “Plastic Surgery: Before and After”, with the highlight of his career being the Emmy nominations he received in 2006 and 2007 for his work on the first series.

Thom, who is also the former chairman and CEO of FremantleMedia North America, narrates many of the shows he produces as well as “Verminators” and “Swords: Life on the Line” to name a couple. With a plump net worth of $25 million, and dozens of producing and narrating credits under his belt, netizens were shocked to discover that the reality heavyweight also hides a murky secret: the alleged underpayment of his show’s main cast members.

In a New York Times article, it was confirmed that the cast members of IRT were made to sign multi-year contracts which prohibited them from accepting endorsement deals and sponsorships, or demanding higher salaries. These contracts have led to Thom being highly criticized for his tight-fisted tendencies – it appears that the narrator and producer didn’t want any of the cast members becoming bigger than the show, which might explain the revolving cast on IRT.

With that said, producers underpaying their talents isn’t unheard of in the industry, and as most of the cast members of IRT were content to fade into obscurity, we’ll never know the whole truth about Thom’s business practices. The producer, who has over 1,200 followers on Instagram, likes to spend his summers travelling with family, attending concerts with his attractive girlfriend – not to be confused with his blonde ex-wife Leslie – and posting adorable snaps with his son.

As recently as December 2021, Thom also put his stunning Sherman Oaks property on the market for a cool $8.5 million. Boasting a guest wing, detached guest house, and a gym/yoga studio, the Emmy-nominated creator’s zen-style retreat is also available to lease for $30,000, as the former CEO is allegedly looking to relocate with his son and girlfriend.

Thom and Leslie’s current relationship status remains unclear, but it’s thought that the creator remains on good terms with the president of Amygdala Music, who also produces all the music for Thom’s Original Production shows.