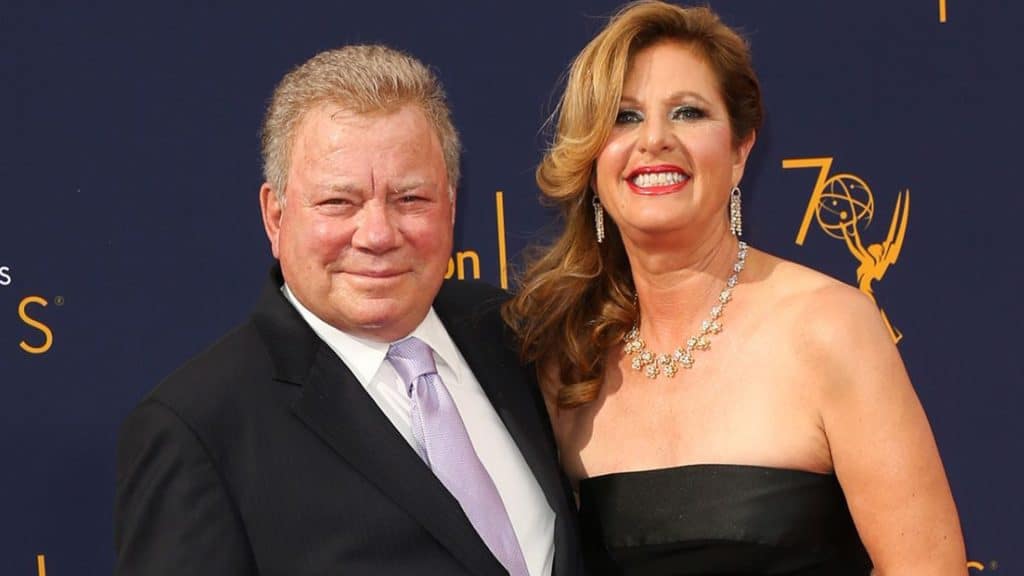 Who is Elizabeth Anderson Martin?

A former horse trainer, Elizabeth rose to fame as the wife of the famous “Star Trek“ franchise actor, William Shatner. They co-wrote the song “Together“ on his album “Has Been“, and their marriage lasted more than 15 years.

After the two divorced, people were curious about what happened, and some of them were interested in the divorce settlement since it is known that William’s net worth has been estimated at over $100 million. So, if you are one of those, keep on scrolling through this article, and we’ll tell you some interesting facts about Elizabeth, and how rich she is now.

Elizabeth was born under the zodiac sign of Capricorn, on 30 December 1958, but the exact place and the state of her birth haven’t been revealed, although it’s known that she was born in the USA, thus she holds American nationality.

She is quite secretive when it comes to her personal matters, as she hasn’t spoken about her early life, parents and siblings.

Speaking of her educational background, it’s assumed that she attended a local high school in her hometown; what we know is that upon matriculating in 1976, she enrolled at Purdue University, in Indiana USA, from which she graduated in 1980 with a Bachelor’s degree in Equine and Animal Science.

Elizabeth went on to become a skilled horse trainer, although she hasn’t revealed where she worked.

Prior to her marriage to a celebrity, Elizabeth was married to Michael Glenn Martin from 1983 until he died suddenly in 1997. They didn’t have children. Elizabeth hasn’t spoken about any relationships before she met her future husband, William Shatner.

The couple hasn’t shared how and when they met, however, it’s known that Elizabeth and William exchanged their wedding vows on 13 February 2001, in Lebanon, in a private ceremony.

William has three daughters from his marriage to Gloria Rand, namely Melanie Ann, Lisabeth and Leslie Carol, and Elizabeth took the role of their stepmother. The couple lived on Belle Reve Farm, a 360-acre (150ha) horse farm in Kentucky, where they were breeding American Saddlebreds.

Elizabeth and William were often seen together attending various red carpet events, and they were known for their charity work. They regularly participated in the Hollywood Charity Horse Show events.

People were surprised when in 2019 William filed for divorce from Elizabeth, since the two seemed so happy together.

The divorce was finalized in January 2020. However, it seems that the two stay close, since they reunited to celebrate his 90th birthday in March 2021.

Elizabeth’s age is 63, she has long, blonde hair and hazel eyes; there’s no information about her weight, but it is known that she is 5ft 9ins (1.75m) tall.

Now, let’s answer the famous question – how rich is Elizabeth as of August 2022? Well, according to court documents, the couple split up their four horses and Elizabeth got their Kentucky home. The documents also showed that Elizabeth and William had a pre-nuptial agreement in place, which allows William to keep his “Star Trek“ royalties.

According to authoritative sources, Elizabeth’s net worth has been estimated at $10 million.

Who is William Shatner?

William Shatner was born on 22 March 1931, in Notre-Dame-de-Grâce, Montreal, Quebec, Canada, thus he holds Canadian nationality although he comes from a family of Conservative Jewish descent. He was raised by his parents Ann and Joseph, alongside his two siblings, Joy and Farla.

William had an interest in acting from an early age, and was an alumnus of Montreal Children’s Theatre. He attended West Hill High School, and upon matriculating in 1949, enrolled at the McGill University Faculty of Management, from which he graduated with a Bachelor of Commerce degree in business in 1952.

William has nearly 250 acting credits to his name, making his debut in the 1952 movie “The Butler’s Night Off“. Since the list of his roles is too long to enumerate, as is the list of his awards and nominations, we will mention just his signature roles.

One of those is certainly his portrayal of Denny Crane in the series “Boston Legal“, which brought him two Primetime Emmy Awards for Outstanding Supporting Actor in a Drama Series, in 2005, and ’06. As mentioned, he is best-known for his starring roles in the “Star Trek“ franchise, which brought him numerous accolades.

In 1991, “Star Trek VI: The Undiscovered Country” premiered, and William’s final appearance as Captain Kirk was in “Star Trek Generations” in 1994.

Speaking of his personal life, he was married four times. His first wife was Canadian actress Gloria Rand, with whom he shares three daughters; the marriage lasted from 1956 until 1969. William’s second wife was Marcy Lafferty, the daughter of Perry Lafferty, a famous TV producer, and their marriage spanned from 1973 until 1996, his longest marriage, but they didn’t have children together.

In 1997, William married Nerine Kidd, who sadly died on 9 August 1999; William found her body at the bottom of their backyard swimming pool, and the autopsy showed that her blood contained diazepam and alcohol, the coroner deciding that the cause of Nerine’s death was accidental drowning. In his interview with Larry King, William said: ‘my wife, whom I loved dearly, and who loved me, was suffering with a disease that we don’t like to talk about: alcoholism. And she met a tragic ending because of it.’