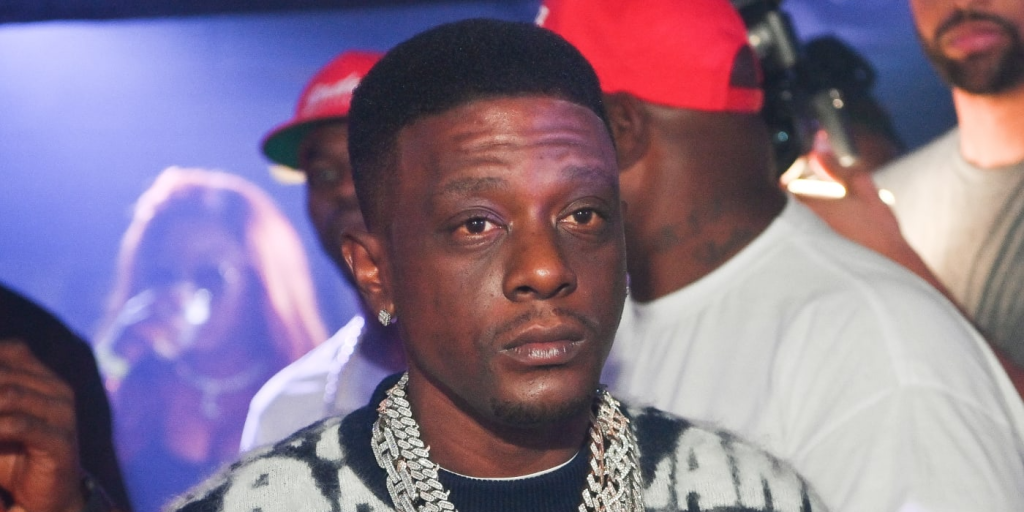 How rich is Boosie Badazz? Net Worth, Wife, Family, Biography

Who is Boosie Badazz?

Torrence Ivy Hatch Jr. was born in Baton Rouge, Louisiana USA, on 14 November 1982 – his zodiac sign is Scorpio, and he holds American nationality. He’s a popular rapper, known better as Boosie BadAzz or just Boosie, and began attracting attention back in the ‘90s, when he was a member of the rap collective Concentration Camp; since 2000, Boosie has mostly been focused on working on his solo career.

Boosie was raised in Baton Rouge alongside his brother Taguari Hatch, by their father Torrence Hatch, Sr. who passed away in 1997, and their mother Connie Hatch (nee Givens) who was a high school principal; Boosie’s maternal grandfather was a pastor.

Boosie was diagnosed with type 1 diabetes at a quite an early age, but didn’t find it difficult to live with the disorder. He was still a child when he became interested in rap music, and was 15 when his cousin Young Dee introduced him to rapper C-Loc; the two men then mentored Boosie, and helped him join Concentration Camp in 1998, with him thus becoming their youngest member.

Boosie hasn’t shared a lot about his education, but it’s believed that he enrolled at a local high school in 1995, but quit two years later, wanting to pursue a career as a rapper.

In 2000, American rapper Young Bleed quit Concentration Camp, which made (unofficially) Boosie their leader. He launched his solo career in the same year by releasing “Youngest of da Camp”, his debut album which was produced by Happy Perez. The following year saw Boosie sign a contract with Trill Entertainment, and not long after that, his second album “For My Thugz” was released.

In January 2006, Boosie released “Bad Ass Mixtape Vol. 1”, and his debut major label album “Bad Azz” came out on 24 October 2006. A couple of his following works were the mixtape “Streetz Iz Mine”, which he released in collaboration with DJ Drama in December 2006, the 2007 “Bad Azz Mixtapes Vol. 2”, and the 2008 “Da Beginning Mixtape”. Boosie released his mixtape “The Return Of Mr. Wipe Me Down” in March 2009, as a way to announce his second major label album “Superbad: The Return of Boosie Bad Azz”. He then launched his own label Bad Azz Entertainment in the same year, and through it released his mixtape “Thug Passion” in the second half of 2009.

Boosie found himself in jail in 2010, after having been charged with murder and conspiracy, but was still able to record music; he released his album “Incarcerated” and the mixtape “Gone Til’ December” that year.

He announced in April 2014 that he was working on his album “Touchdown 2 Cause Hell”, which was released later on 23 September 2014. His mixtape “Life After Deathrow” was released on 30 October 2014.

On 15 April 2016, Boosie and American rapper C-Murder released their collaboration album “C-Murder”, and on 15 December 2017, Boosie released his album “BooPac”.

Troubles with the law

On 22 October 2008, police found marijuana and a Glock pistol in Boosie’s car – he pleaded guilty on 22 September 2009, and was sentenced to spend two years behind bars, while his sentenced was doubled on 9 November, after it was revealed that Boosie had violated probation (prior to his sentencing).

On 17 June 2010, he was charged with the murder of Terry Boyd – it was believed that Terry was killed ‘over turf’; prosecutors claimed that Boosie might had been involved in five other murders, but it took the jury only 10 minutes to agree unanimously that he was not guilty.

He pleaded guilty to more drug charges on 29 November 2011, and was sentenced to spend eight years behind bars; Boosie was released on 5 March 2014, but remained on parole until 2018.

Boosie prefers to keep the details of his love life to himself, but has still allowed his fans to have a glimpse into it. It’s known that he has eight children with six women, but not a lot about his children or former girlfriends is known. Boosie has explained in an interview how he believes that marriage isn’t good for him, because he’s not ready to give up half of his fortune if he’s caught cheating; he has also stated that he respects women who can put up with their partner being unfaithful.

It’s known that Boosie was once in a relationship with Walnita ‘Nita’ Decuir, who was arrested in 2010 after having tried to smuggle marijuana, MDMA and codeine to Boosie in jail.

As of June 2022, Boosie hasn’t been engaged or married, but has eight children with six women.

Boosie seems to be enjoying the attention which he’s receiving from his more than 250,000 followers on Instagram, while he’s uploaded nearly 500 pictures onto the network, most of which serve to promote his music.

He also enjoys running his self-titled YouTube channel, which he launched on 24 April 2014; it’s today subscribed to by close to two million people, and numbers over a billion views of all his videos combined.

Boosie’s physically highly active, and has multiple training sessions at the gym every week, thus his muscular body.

He’s a fan of tattoos, and has many inked onto various parts of his body.

Boosie’s a fan of Hollywood movies – his favorite actors are Robert Downey Jr., Vin Diesel and Al Pacino, while a couple of his favorite films include “Iron Man”, the franchise “Fast and Furious”, and “Scarface”.