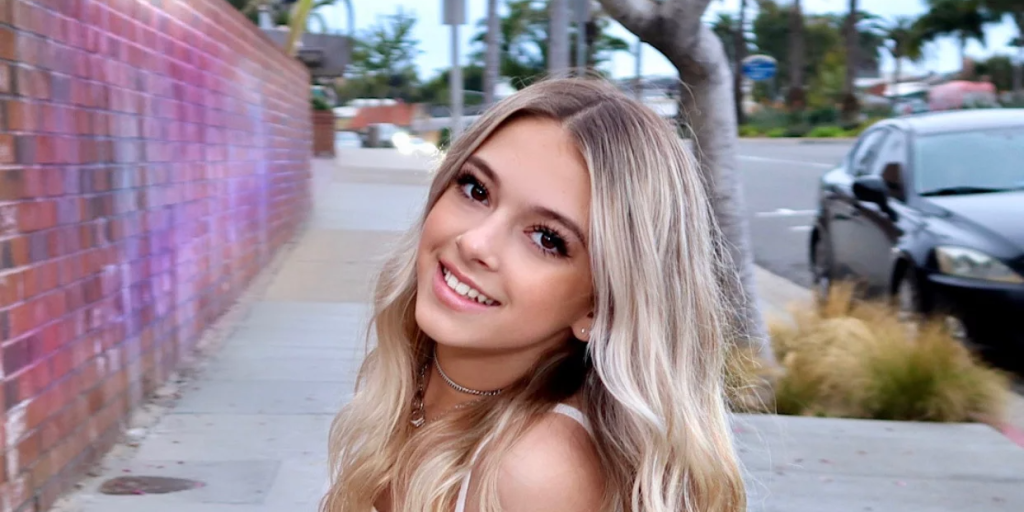 Who is Coco Quinn?

One of the most influential and rising stars of Generation Z, who showed her talent in dancing, acting, and modeling, Coco Rochelle Quinn was born under the zodiac sign of Gemini on 7 June 2008, in Los Angeles, California USA; she holds American nationality, and her ethnicity is White.

She is perhaps known best for her appearance in the show “Dance Moms”, however, Coco is also famous for her YouTube and TikTok videos, and is a social media influencer, who has millions of followers. Speaking of her acting career, she has six credits to date, and is well-known for her role as Katie Miller in the series “Chicken Girls”, which was aired from 2019 until 2021.

Coco was raised in Los Angeles by her parents, and although little is known about her father, her mother, Jeannie Quinn is known to the public as the mother of ‘The Quinn Sisters’, from the show “Dance Moms”. Coco’s sisters, Kaylee and Rihanna, are both dancers, and the three of them participated in the show as a part of the group Molly’s Monsters. Coco has an older brother, Tyler, who prefers to keep his life away from the media’s attention.

As for her education, Coco is currently a high school student in a private school in Los Angeles.

Since Coco started dancing aged two, it isn’t surprising that she won multiple awards in dancing competitions, however, her fame came through her social media accounts, especially after “Dance Moms”.

During the years, Coco showed that she isn’t just a talented dancer, but is also a talented singer, and her songs such as “Beautiful Lies”, “Write About My Life”, and “Stories” have aired over two million times in a few months.

Coco made her acting debut as Kirsten Clarke in an episode of the series “Stitchers” in 2016, and then two years later, she guest-starred in “Crazy Ex-Girlfriend”, concurrently with her role as Katie in the series “Mani”.

In 2019, Coco was seen as Mindy in the short movie “Sitting in the ‘80s”, before she was cast to play Katie Miller in the series “Chicken Girls”, also starring Jules and Hayley Le Blanc, and Brooke Elizabeth Butler.

Currently, Coco is focused on her career as a TikTok star influencer, and a singer.

Coco’s Instagram account has been followed by over two million people; she’s uploaded over 200 posts, mostly featuring her work and everyday life, however, since she’s into traveling she often shares photos from her journeys, while her favorite was her trip to Hawaii. Coco’s official Facebook page has gained nearly 250,000 followers, but her last post on this social media platform was posted in November 2021.

Her Twitter account (run by her team) has been followed by over 40,000 people, and there are over 350 tweets, mostly about her music career, but there are also some of Coco’s thoughts and opinions on various themes.

Currently, her previous TikTok account which had over 100 million likes has been defunct, however, she’s established a new one, which has already amassed more than 50,000 likes.

Coco’s self-titled YouTube channel was launched on 31 March 2010, and it’s today subscribed to by over 1.5 million people, while all of her videos combined have gained nearly 225 million views.

The first video on her channel “4-year-old Kaylee doing rhythmic gymnastics and russian ballet” was uploaded on 1 April 2010, and her the number one most viewed video “Selena Gomez – Rare (Cover by Coco Quinn ft. Gavin Magnus)” was uploaded on 8 February 2020, and it has been viewed over 20 million times. Coco has established a Spotify account too, which has nearly 90,000 listeners per month.

Coco hasn’t been the subject of any rumors or controversies concerning her love life and her sexual orientation – it’s widely known about her relationship with Gavin Magnus.

He’s an actor, musician, and also a social media star, born under the zodiac sign of Aries on 26 March 2007, in Los Angeles, and who came into the limelight thanks to his talent for singing and acting. His videos were shared all around the internet, which lead to his popularity among teenagers, and soon he became a social media influencer with an army of followers numbering nearly 2.5 million on Instagram.

It isn’t clear how Coco and Gavin met, however, they confirmed their relationship in June 2020, and the two often collaborated in YouTube videos featuring pranks, jokes, including their love story which many of their fans enjoyed.

When in February 2021 Coco announced their break-up, at first people thought that it was just one of their jokes, since they used to fight after pranks which didn’t go so well, however, it seems that the two really ended their love; perhaps this isn’t surprising at their age.

On 10 April 2021, Gavin posted onto his YouTube channel the video “WE GOT BACK TOGETHER?! | Gavin Magnus ft. Coco Quinn” but this was another prank for Gavin’s friends and fans, and he just wanted to see the reactions.

The two are still close friends, and hang out sometimes, but are not in a romantic relationship.

As of May 2022, Coco is single, certainly hasn’t married or been engaged, and doesn’t have children.

According to sources, Coco has earned most of her wealth through her social media accounts, collaborations with popular brands, and also through her dancing, acting, and music career, so as of May 2022, her net worth has been estimated at $250,000. Coco has a monthly income of a minimum of $1,500 from her YouTube channel.