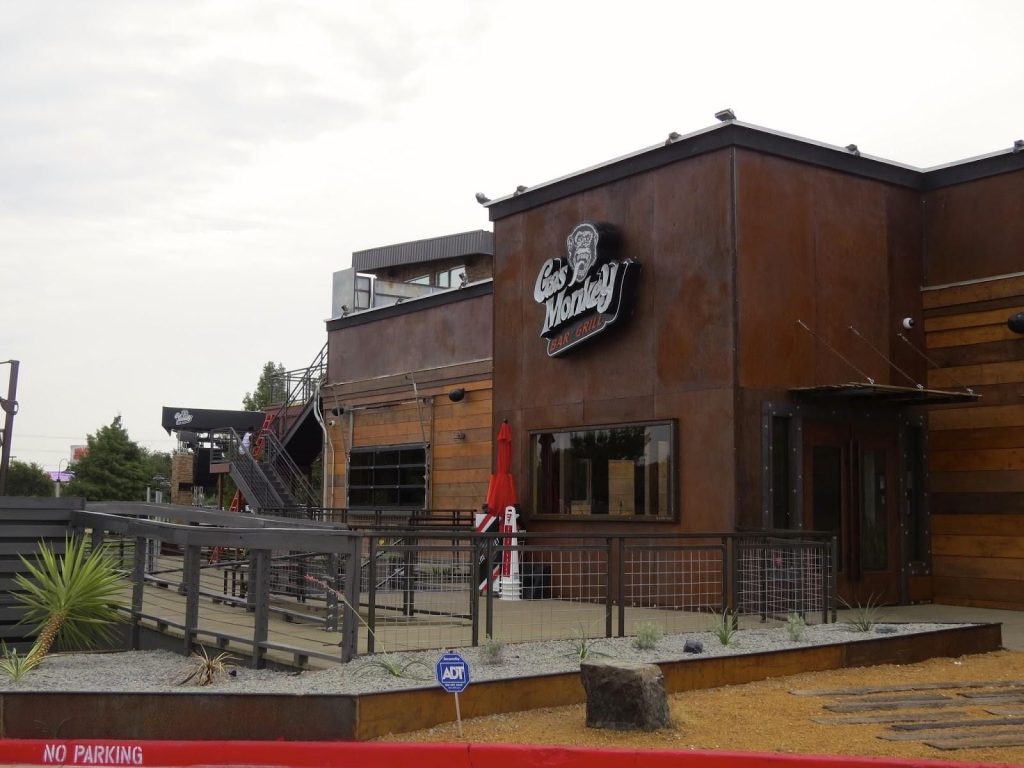 In 2019, Richard Rawlings, known for being the host of the widely popular automotive series “Fast N’ Loud”, became a subject of a major controversy involving the Gas Monkey Bar, which operated under his brand for years. In the lawsuit they filed against him they made claims that could harm his reputation forever. There is a lot of conflicting information coming from both sides, so let’s look at exactly what happened.

How did the problems begin?

Gas Monkey Bar N’ Grill started doing business in Northwest Dallas in September 2013. Less than a year later, they opened another location at Dallas-Fort Worth International Airport. While the business seemed to be going strongly for over five years, the issues between Gas Monkey Bar management/employees and Rawlings started before the first location was even opened.

Posted by Gas Monkey Bar And Grill on Friday, September 25, 2020

In May 2013, Tim Hinkhouse, who worked for the bar at the time, emailed the following to the management: ‘Richard has been extremely disruptive (…) His treatment of the construction workers was beyond unacceptable (…) His behavior is that of a spoiled 13 years old.’ This part of the conversation was later included in the 2018 lawsuit.

According to Gas Monkey Bar manager, Daniel Flaherty, Rawlings had to be banned from the construction site, as his toxic behavior continued to disrupt the work. After the bar finally opened for business, similar problems apparently persisted. ‘Rawlings has consistently tried to insert himself into their operations, and usurp control’, said Flaherty.

The straw that broke the camel’s back for Flaherty were Rawlings’ ‘baseless’ accusations that he was stealing money from the bar. In 2015, Richard emailed Daniel claiming that a large number of financial records for the bar were missing. After Flaherty invited him to come to the bar to check out the records himself, Rawlings said that he didn’t believe that the records even existed. ‘You were slamming me about being dishonest and stealing from you … As I have told you for the last two years, you are welcome to audit the books at any time.’, wrote Flaherty in an email to Rawlings. The latter promptly apologized, blaming his behavior on alcohol.

However, this wasn’t the end of their saga. In 2017, a buyer made a deal with Gas Monkey Bar to acquire the rights of the franchise, which Rawlings tried to stop, again, by accusing Flaherty of financial mismanagement. For clarity, the bar licensed the use of Rawlings’ trademark and logos in 2013, but he never had the rights to the bar franchise himself. He tried to acquire them in 2016, but his plans fell through as he didn’t have sufficient funds.

Details of the lawsuit

Gas Monkey Bar management filed a lawsuit against Richard Rawlings in June 2018, seeking $6 million in damages for defamation, and ‘deliberate and deceitful attempts’ to get out of his contract. Rawlings’ lawyer, Austin Champion, was quick to respond, saying: ‘Gas Monkey Bar has been in breach of our license agreement since Day 1, we’ve tried to resolve these issues for the past five years, we terminated the relationship when it became clear they were unwilling and incapable of fulfilling their contractual obligations, and it’s obvious that this is nothing more than a fabricated claim as a last-ditch effort to try to get back the license’.

Check out our new billboard! GET YOU SOME OF THAT! pic.twitter.com/6zYKqSH2Mb

In response to claims made by the Gas Monkey Bar management, Rawlings filed a counter-lawsuit in March 2019, suing the bar for unauthorized use of his brand. According to him, the bar continued using his brand, even though the license automatically terminated in late 2018. He further alleged that they were using his brand to promote ‘disparaging, lewd and sexually suggestive’ content and events.

About a month prior to filing the lawsuit, Rawlings sent a cease and desist to Daniel Flaherty and Gas Monkey Bar. He gave them 10 days to stop using the Gas Monkey name and trademarks, as well as anything revoking to them. When Flaherty didn’t oblige, Rawlings filed the lawsuit.

There is no information available on who won either lawsuit in the end, but the whole ordeal hurt Gas Monkey Bar’s reputation, and the Gas Monkey Live had to close venue for financial reasons.

The 2020 Covid-19 pandemic posed another threat to the Gas Monkey Bar business, and they had to close down for six months. They finally reopened in September 2021, this time with a full rebrand. The management changed the bar’s name to Amplified, and got rid of all the automotive memorabilia they were previously known for, replacing it with items such as Marshall amp cabinets and electric guitars. ‘We’ve updated the look and vibe of the venue, and eliminated a lot of the garage feel so we can focus more on what we do: food and music’, said Alex Mendonsa, their managing partner.

In addition to an updated interior and a new name, the bar also added two indoor and outdoor concert stages, completely moving away from its previous automotive branding. They cut all ties with Richard Rawlings, and now operate completely independently.

After the Gas Monkey Bar lawsuit fiasco ended, Richard Rawlings set out to open a new food and music venue under the Gas Monkey name. The new venue called Gas Monkey Dallas, located in Lewisville. is set to open for business later in 2022. It will span over 40,000 square feet, and include a live music stage and a rooftop bar, while the menu is planned to be barbecue and Tex-Mex centric. The new venue will also have a go-cart racing track, putt-putt golf, along with amusement rides and classic car displays.

Rawlings doesn’t plan to stop there, though, and is already in the talks of opening similar establishments in other parts of Texas, as well as in Las Vegas, Nevada.

In September this year, Richard started another business venture. For the past few months, he’s been developing a new hemp-based spill absorbent named Gas Monkey Spill-Jack. The product is being manufactured by Generation Hemp Inc., who work on drying, cleaning, and processing hemp. Spill-Jack is being promoted as a plant-based and environmentally friendly alternative to other products usually used for cleaning oil spills in garages.

In a video uploaded to his YouTube channel, Richard recently announced that he will be selling more than 25 vintage cars from his personal collection, in a national auction. Explaining his reasoning behind this big decision, Richard said: ‘I want different cars, and I want to get some things that I’ve never been able to achieve’. Further, he said that he hasn’t given up on having a vintage car collection, on the contrary – he wants to build a new one from scratch.

Richard has set out to sell many valuable collectible cars, including Corvettes, Porches and Mustangs, all in partnership with the vintage car auction site Bring A Trailer. ‘I think this is the perfect time. This is the height of the car market. This is where I’m going to exit with a lot of cars I’ve had for many many years, and hopefully I’m going to take that and reinvest into a different kind of collection.’, Richard said in the video.

Rawlings’ entrepreneurial spirit led him to where he is today, but his path to success hasn’t always been an easy ride.

Richard was born in 1969 in Fort Worth, Texas. Growing up, he attended a lot of auto shows with his father, which ignited his passion for cars. By the age of 14, he had already learned to drive, and purchased his first vehicle.

Although today we know Richard for his work with vintage cars, his career path started off very differently. After matriculating high school, he started working, and changed many jobs, to work as a firefighter, medic and even as a police officer.

Not long after his new business started gaining traction in Dallas, Richard set his eyes on developing a TV show, set in Gas Monkey Garage, and in 2004, he started pitching the idea to networks. As he revealed in an episode of “The Joe Rogan Experience”, Rawlings wanted to create a series that would have a different tone compared to other automotive TV shows popular at the time. He found that a lot of other shows were ‘a bit too bravado’ to appeal to a wider audience, which is how he saw an opportunity to stand out.

“Fast N’ Loud” premiered on 6 June 2012, starting a successful eight years and 16-season-long run. The show followed Richard and the lead Gas Monkey mechanic Aaron Kaufman, as they traveled across the US looking for run-down vintage cars that they could restore and sell to turn a profit.

Aside from “Fast N’ Loud”, Rawlings has appeared in a number of other TV shows, including “Misfit Garage”, “Overhaulin’”, and “Garage Rehab” on which he was a producer and a co-host. In a similar manner to Gordon Ramsay’s kitchen nightmares, “Garage Rehab” follows Richard as he pays a visit to struggling automotive businesses, to help them improve.

Unfortunately, not unlike a lot of other reality TV series, “Fast N’ Loud” was also riddled with behind-the-scenes drama. This ultimately led multiple cast members to leave the show, starting with Aaron, who left due to ‘personal and professional differences’. Soon after that, his fellow mechanics Jordan Butler and Tom Smith were fired from the show; according to Butler, Richard fired him following an incident with a fan of the show, who apparently came to Gas Monkey Garage asking for a picture next to Richard’s Rolls Royce. Although the mechanics obliged his request, Rawlings allegedly shouted profanities at the fan, while mechanics tried to calm him down.

However, these disagreements were not what ultimately led Richard to call quits on “Fast N’ Loud”. During his second appearance on “The Joe Rogan Experience”, he revealed that he wanted to break free from the contract he signed with Discovery Channel, so that he could do other things. ‘When I signed my deal with Discovery, it was almost ten years ago, social media didn’t even exist, so I signed off all media.’, he said. ‘If I went out and bought a car while the camera crew wasn’t around, I wasn’t allowed to post about it.’

There are likely even more issues between Richard and the Discovery Channel, however, due to the non-disclosure agreement – NDA – he signed with them, he isn’t allowed to talk about them. As Richard has moved on to other projects, it seems highly unlikely that “Fast N’ Loud” will return to TV screens any time soon.

Since “Fast N’ Loud” ended in 2020, Richard has been taking it slowly with TV work. Now that his social media presence isn’t stifled by a TV contract, Richard has become very active on his YouTube channel Gas Monkey Garage & Richard Rawlings, on which he uploads new videos almost daily. You can catch videos of new restoration projects done by him and his team, along with some video blogs.

As of September 2022, Richard’s channel is close to hitting a million subscribers, while his videos have accumulated more than 100 million views. His most popular video is “Epic 5 Day OBD Build – GAS MONKEY GARAGE”, watched by close to nine million people.

Richard Rawlings has been married three times – his first marriage to K. Grames in 1993 lasted less than a year. Six years later, he exchanged vows with Suzanne Marie Mergele in a private ceremony in Las Vegas, Nevada – they divorced in 2009, but ended up marrying again in 2015. Four years later, Richard took to Twitter to announce they would be separating once and for all. Richard has no children with either of his ex-wives.

Today, Richard resides in a luxurious six-bedroom house located four miles away from Gas Monkey Garage. According to the ‘Celebrity Net Worth’ website, the entrepreneur and TV star has a net worth of more than $18 million.