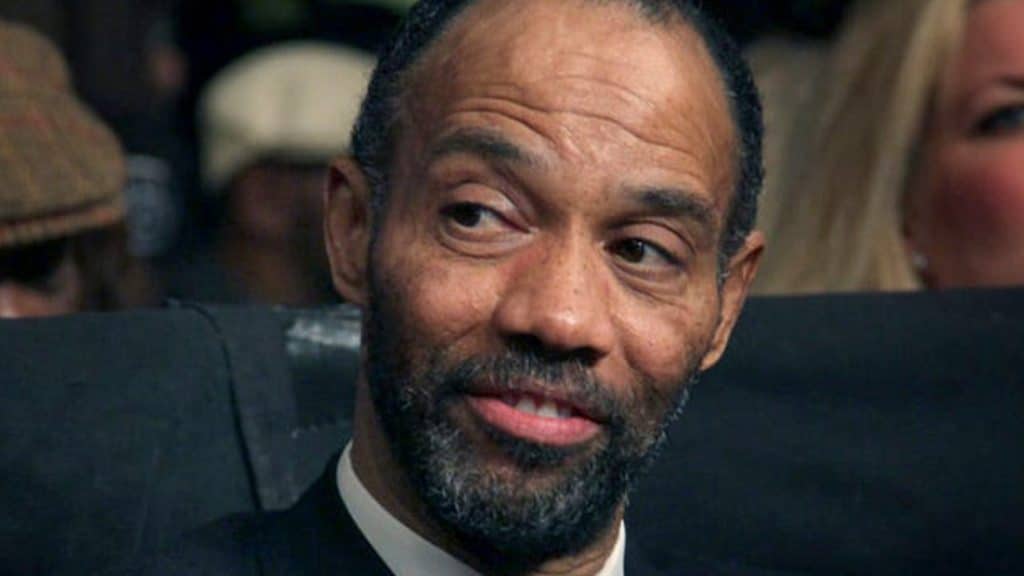 Who is Al Haymon?

Al was raised alongside his brother Bobby Haymon in Cleveland, by their mother Emma Lou who was an accountant; their father’s name hasn’t been disclosed, and most people believe that he wasn’t around while Al and Bobby were growing up.

Al became focused on his education at a very early age, determined to find a well-paid job when he grew up, so that he could help his mother financially. He played various sports while attending a local high school, and football and wrestling were his two favorites.

Al matriculated in 1973 and then enrolled at Harvard, from which he graduated with a Bachelor’s degree in economics in 1977; he then continued his education at Harvard and finished with a Master of Business Administration degree in 1979.

He eventually also ventured into the film industry, and spent some time working as the manager of famous American actor, comedian and screenwriter Edward Regan ‘Eddie’ Murphy.

Al ventured into boxing in 2000, when hired to work as a manager of the late American professional boxer Vernon Forrest.

He attracted a lot of attention in the following 10 years, mostly because he was the manager of Floyd Mayweather Jr; some of the other boxers whom Al’s worked with include Luis Collazo, Antonio Tarver and Amir Khan.

Since 2012, he’s been managing both Marcus Browne and Dominic Breazeale, and since 2018 Manny Pacquiao and Guillermo Rigondeaux.

For his work, Al has won five Manager of the Year Awards, presented by the Boxing Writers of America.

Al’s a private man who can rarely be seen spending time in public, and he never gives interviews, however, it’s still widely known that he’s today a married man. He’s been married to non-celebrity American Sylvia Browne-Owens for over two decades now, but neither has shared how and when they met, or when they married; it’s believed that the wedding took place in 1999.

Neither Al nor Sylvia have shared if they have children together; most of Al’s fans believe that they don’t, because both Al and Sylvia have preferred to focus on their careers.

Al hasn’t mentioned any women whom he dated prior to meeting Sylvia, to whom he’s married as of October 2022, and doesn’t seem to have children.

Al dislikes social media networks, and isn’t active on any; his fan-made Twitter account was launched in October 2014, but it’s only followed by 130 people today, and the person behind the account has only tweeted about 60 times.

Al’s the founder of the televised boxing events Premier Boxing Champions, which held their first fight in 2015.

He’s travelled to every US state at least once, and has also been to various countries all around the world, for both work and pleasure.

Al was physically quite active when he was younger, and was also a bit of a boxer himself, however, he never competed professionally.

He’s a fan of fast cars, and his favorite car brand is Ferrari.

Al’s favorite actors are Brad Pitt and Clint Eastwood, and some of his favorite movies include “Pale Rider”, “Heartbreak Ridge”, and “In the Line of Fire”.

Who is Floyd Mayweather Jr?

Floyd was born in Grand Rapids, Michigan USA, on 24 February 1977, thus making his zodiac sign Aries. He retired from boxing undefeated in 2017, after having won 15 major world championships; Floyd’s today working as a boxing promoter, and is also the owner of The Money Team Racing which competes in the NASCAR Cup Series.

He was raised in Grand Rapids by his father Floyd Mayweather Sr. who was also a boxer, and mother Deborah Sinclair who was a housewife; he has four siblings. Floyd began boxing at a very early age, and it was his grandmother who convinced him to continue boxing even when he wanted to stop and find a job; his childhood wasn’t easy, as his mother was addicted to drugs, and his father spent time with him only when he drove him to the gym.

By the time he turned 16, Floyd had won 84 and lost eight amateur boxing matches; he won the national championship Golden Gloves in 1993, and went on to win a bronze medal in the boxing featherweight category at the 1996 Olympics held in Atlanta, Georgia.

He fought his first professional boxing match on 11 October 1996, when he knocked out Roberto Apodaca in the second round; Floyd won most of his fights by knockout in the following two years. He won his first title in 1998, when he knocked out super featherweight champion Genaro Hernandez in the eighth round, and Floyd then defended his title five times.

He fought his first lightweight match on 20 April 2002, when he beat the lightweight champion Jose Luis Castllo; they fought a rematch on 7 December 2002, with Floyd winning by the judges’ unanimous decision.

Floyd then returned to welterweight, and after defeating Ricky Hatton on 8 December 2007, announced that he was retiring.

He came out of retirement in 2009 and fought lightweight champion Juan Manuel Marquez on 19 September of the same year, winning by unanimous decision, and then went on to defeat Shane Mosley, Manny Pacquiao and Victor Ortiz.

He retired for the second time in 2015, but once again returned to boxing, to fight Conor McGregor on 26 August 2017; Floyd won via knockout in the 10th round, and then retired again.

He’s since fought several exhibitions bouts, including against Nasukawa and Asakura, while he’s set to fight Deji on 13 November 2022.