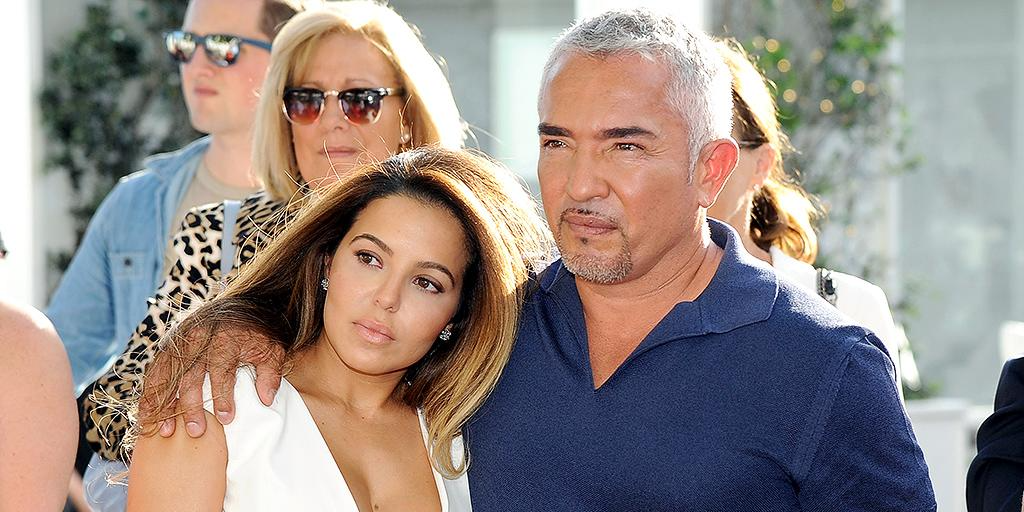 Everything To Know About Cesar Millan’s Fiancée – Jahira Dar

Who is Jahira Dar?

An actress, stylist, and wardrobe consultant, who rose to prominence after it was announced that she’s the new girlfriend of famous ‘Dog Whisperer’ Cesar Millan, Jahira Dar became a celebrity overnight, and people wanted to know more about her.

She was born under the zodiac sign of Aquarius on 1 February 1985, in the Dominican Republic, although she hasn’t revealed her exact birthplace; her nationality is Dominican, and her ethnicity is Mulatto, mixed European and African ancestry.

Jahira prefers to keep her private life a secret, and nothing much is known about her before she became popular, thus information about her childhood, parents, and siblings hasn’t been revealed.

Also, she hasn’t spoken about her educational background and her profession, however, it’s known that before she met her future fiancee, Cesar Millan, Jahira worked as a saleswoman at a Dolce & Gabbana store.

According to sources, Jahira also worked in the fashion industry as a wardrobe consultant and stylist, and some rumors say that she worked as a model, but she hasn’t confirmed this.

After she started dating Cesar, Jahira made an appearance in the documentary movie “Cesar Millan: The Real Story” in 2012, and some sources are saying that she launched her acting career by starring in some Dominican Republic movies, however, there’s no such public record. Currently, Jahira works as a creative director at Cesar’s Way Incorporation.

As of early 2022, information about her net worth is unavailable, however, her fiancée has a net worth estimated at close to $25 million.

Jahira and Cesar met back in 2010 – it was a hard year for Cesar, as his wife filed for divorce after over 15 years of marriage, and his dog called Daddy died due to cancer. He spoke about that year, saying that he even tried to commit suicide, and it seems that Jahira was a light which he followed to get out from his darkness and sorrow.

Cesar spoke about Jahira in his interview for People magazine, giving her credit for helping him pick up the pieces of his broken life, and although it isn’t clear how those two met, it’s known that it was in August 2010, and soon started their love story. Cesar once admitted that after three months with Jahira, he was so much in love with her, that he wanted to marry her as soon as possible.

However, he ultimately waited until 2016, when they traveled on a romantic vacation to Greece, and there he proposed to her, but as of March 2022, the two are still engaged, and haven’t announced when the marriage will happen.

Jahira hasn’t spoken about her previous relationships before she met Cesar, but it’s assumed that she hasn’t been married before, and that she doesn’t have children.

Who is Cesar Millan?

We suppose that there are not many dog lovers who haven’t heard about the famous dog trainer and canine professional, Cesar Millan, whose Primetime Emmy-nominated series “Dog Whisperer with Cesar Millan” broadcast for eight years in more than 80 countries worldwide.

Cesar Felipe Millan Favela was born under the zodiac sign of Virgo on 27 August 1969, in Culiacan, Sinaloa, Mexico; nowadays he holds both Mexican and American nationality, and his ethnicity is Latino.

When you see Cesar today, you may think he has a luxurious life, but it wasn’t always like that; as a child, he lived in a rural area, working on a farm, struggling to provide for himself and his parents, Felipe Millan Guillen and Maria Teresa Favela.

When he was 21 years old, he crossed the border into the US illegally, with only $100 in his pocket, and once spoke about his previous attempts to cross the border, saying that a few times he let the border patrol catch him because he knew that they would give him food.

A person who helped Cesar is the famous actress Jada Pinkett Smith. Cesar met her in Los Angeles, California, when he worked as a limousine driver, and shared with her his dream of working with pets on television. She told him that he needed to learn to speak English, and Jada paid for a tutor for him for over a year.

“The Dog Whisperer” started on 13 September 2004 on the National Geographic Channel, and during its first season, the show became the number one viewed series on this channel. The show followed Cesar on his way to help with problems that owners and their dogs had, and if he couldn’t help them through his method, called ‘calm-assertive energy’, he would take the dogs and put them in his Dog Psychology Center, in Santa Clarita, California, for an extended period of more intensive rehabilitation.

After “Dog Whisperer”, Cesar had series such as “Cesar 911”, “Cesar’s Recruit: Asia”, and “Cesar Millan: Better Human Better Dog”, however, none of these series surpassed the success of his first show.

Speaking about Cesar’s personal life, as mentioned, he was in a marriage before he met Jahira; his first wife, Illusion Wilson, is known for designing the ‘Illusion Collar’ which helps to control dogs. She filed for divorce in 2010, citing irreconcilable differences.

The two married in 1994, and have two sons together, Calvin and Andre; after the divorce, Illusion had primary custody of their boys, and Cesar said that one of the main reasons why he tried to kill himself was seeing that his family is falling apart.

Besides his family, this dog lover had important animals in his life, such as his American Pit Bull Terrier, Daddy, which followed Cesar through his series, and when he died, Cesar selected another puppy as Daddy’s protégé, and named it Junior; sadly, it also died in 2021.