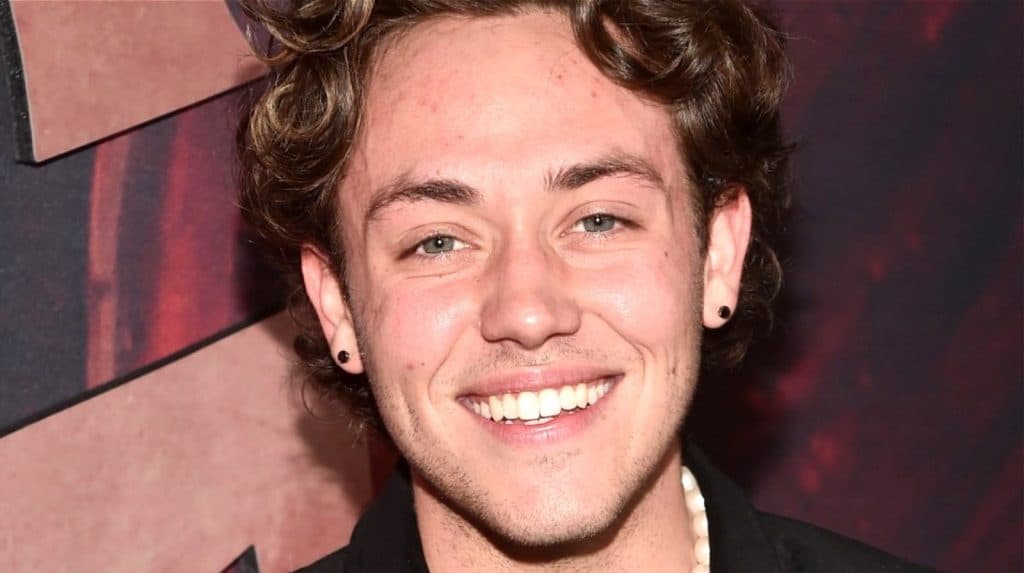 Who is Ethan Cutkosky?

Ethan is an American actor and singer, probably best known to the world as Carl Gallagher in the TV series “Shameless” (2011-2021), and as Josh in the film “Alex/October” (2021), among several other notable roles that he’s secured so far in his career.

Ethan Francis Cutkosky was born on 19 August 1999, in Campton Hills, Illinois, USA, the only child of David Cutkosky, who’s a computer software engineer, and his wife Yvonne Cabrera Cutkosky, a teacher.

Ethan was thrown into show business at the tender age of four. He was doing photo ads with his mom, so the two would spend more time together, and after some time he was noticed by talent scouts. and offered a few auditions, first for commercials and later for films.

After a few years and steady work in commercials, Ethan was chosen for the role of Carl in the comedy film “Fred Claus” (2007), which starred Vince Vaughn, Paul Giamatti and Elizabeth Banks. Two years later, Ethan portrayed the role of Barto, twin brother of Jane Alexander’s character Sofi who died in Auschwitz during a Nazi experiment on twins, in the horror mystery thriller film “Unborn”, inspired by the Jewish mythology, as it involves a wandering malicious possessing spirit, dybbuk, who takes control of Ethan throughout the film; other stars of the horror included Odette Annable, Gary Oldman, and Cam Gigandet.

In 2010, Ethan had a minor role in the multiple awards-winning biography crime-drama film “Conviction”, about a woman who goes to law school just to be able to represent her brother, who was wrongfully convicted of murder; Hilary Swank and Sam Rockwell played the lead roles.

At first, his character didn’t have a storyline, and was expected to follow his siblings, but as the series progressed, he was turned into one of the main characters. Although a troublesome child, Carl witnessing a murder changes his arc, and he grows up to become a policeman.

He has starred in all 134 episodes of the Primetime Emmy Award-winning series, despite being close to exiting the show in its fifth season, as he wanted to attend high school full-time.

The role of Carl turned him into a Hollywood star. Though he didn’t pursue many other projects while on the set of “Shameless”, Ethan portrayed Henry Mesner in two episodes of the eponymous TV procedural crime-drama series “Law & Order: Special Victims Unit”, first in 2013, and then reprising the role of Henry in 2021.

We’re thrilled to have ‘Shameless’ cast member Ethan Cutkosky join our cast for Day 11 & the remainder of the shoot.

After “Shameless” ended, Ethan returned to action, and in 2021 he starred in the drama film “Alex/October”, written and directed by Josh Hope and co-starring Stacy Edwards and Rivkah Reyes. The film tells the story of a desperate man who announces through a bizarre online ad that he’s going to end his life, but when an unusual girl answers the ad, their lives collide.

Most recently, Ethan started working on the action-comedy film “Going Places”, written and directed by Max Chernow and co-starring Miranda Rae Mayo and Mimi Kennedy. The film is about high schoolers who become embroiled in a hit-and-run, which will put their friendship to an actual test while trying to cover it up. Ethan is also credited as the co-producer of the upcoming picture, which is currently in post-production and without a premiere date set.

In addition to acting, Ethan has been interested in singing since his early years. He often sang for his friends and family; however, he didn’t pursue music until a few years back, when his debut single “Alone” came out in 2020. Since then, Ethan has released a few other songs, including “Erase Me”, which is a collaboration with the singer Josh Lambert and his biggest hit, then “Wondering”, and “Comprehend”, which is another collaboration with Josh Lambert in 2022.

He has already made a few live appearances, including that one time with rapper Lil Xan, who is considered Ethan’s doppelganger by the fans.

Ethan is also a fashion designer; inspired by his early success as a print and ad model, Ethan launched his own fashion brand Khaotic Collective, selling hoodies, hats, and t-shirts since 2018.

As of mid- 2022, Ethan Cutkosky’s net worth is estimated at $1 million, which he earned through his acting and music career; he’s already appeared in 10 film and TV titles.

Ethan prefers to keep personal information away from the public spotlight. For a long time, he kept his romance with actress Brielle Barbusca quiet, which has lasted since 2015. Despite not sharing much information about their relationship, the couple is still going strongly. Brielle is best known as Jaden Kagan in “The Starter Wife” series.

Ethan Cutkosky has green eyes and dark brown hair. He is 5ft 6ins (1.66m) tall, and weighs about 130lbs (58kgs). His vital statistics are unknown, but he has a slim figure.

Ethan is known for his philanthropic activities, and has collaborated with Devo Children Memorial Hospital. He has also advocated against drugs, however, he was once arrested for driving under the influence, and admitted that he smoked weed the night he was caught.

He is physically active; he’s been training in mixed martial arts since he was four years old and now holds a second-degree black belt in Taekwondo.

His favorite sport is basketball, but he also enjoys skateboarding, baseball, and soccer.