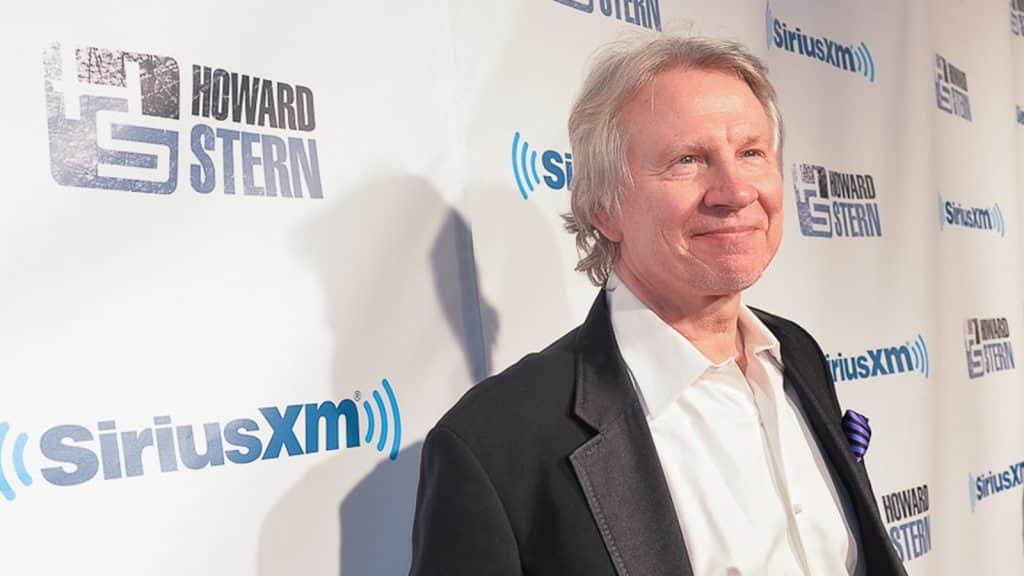 Who is Eric Fred Norris?

American radio personality Fred Leo Nukis was born in Willimantic, Connecticut USA, on 9 July 1955, under the zodiac sign of Cancer. He’s probably only known for the work which he’s done on one of the most popular radio programs in the USA – “The Howard Stern Show”; aside from Howard Stern himself, Fred’s worked on the show the longest.

Latvian immigrants Henry Nukis and Valija Kronberg raised their son Fred in Manchester, Connecticut, alongside his older brother Robert. Henry was an alcoholic, and abandoned the family when Fred was five years old – Fred’s revealed that those five years that he spent living with his father weren’t great, and that he often hid in his closet when he would hear his father coming home, because Henry would be drunk and filled with rage and tension.

Fred’s brother was physically abusive towards him, and the two only interacted when Robert was beating him. Fred found various ways to cope with his problems at home, as he read books, watched various movies and TV series, and rode his bicycle for hours; his favorite thing was to watch re-runs of TV shows and series from the ‘50s.

Fred was 13 when his mother married American cabinet maker Lewis Norris, and Fred’s revealed that Lewis made his mother happy, and that he was the first person to treat him nicely. It was when he was 14 that Fred began playing the guitar, around the same time that he enrolled at a local high school; he matriculated in 1973 and then didn’t pursue a college degree, but found work to financially support himself.

Fred eventually changed his mind and enrolled at Western Connecticut State University in 1976, graduating with a Bachelor’s degree in 1980.

Fred was still attending college when he began working at the contemporary Christian radio station WCCC; he was given overnight shifts, and it was during his time there in 1979, that he met famous American radio and TV personality, author and comedian Howard Allan Stern.

Howard quit WCCC, while Fred stayed there for two more years, prior to moving to WAQY-FM in 1981, a job for which he had to move to Springfield, Massachusetts.

It was also in 1981 that Howard became highly popular while working at WWDC, and he used his newfound fame to have Fred hired to work for him as his writer and producer in October 1981; the two men moved together to New York City in September 1982, and since 1985 have been working on “The Howard Stern Show”.

Posted by The Howard Stern Show Universe on Friday, August 12, 2016

About “The Howard Stern Show”

Howard Stern began working at WCCC-FM in 1979, after having applied for the job which required a ‘wild, fun morning guy’; he worked as their public affairs director, and was also in charge of hosting a Sunday morning interview show.

Howard quit WCCC because he had asked for a better salary and was rejected; he then moved to WWWW, and then to WWDC-FM on 2 March 1981.

It was on 18 November 1995 that Howard begun hosting his own “The Howard Stern Show”, on the rock ‘n’ roll station WXRK, and he and Fred entered national syndication for the first time on 18 August 1986, when their show was simulcast on Philadelphia’s WYSP. Howard became the number one radio show host in April 1990, when he beat American DJ John DeBella in ratings; to celebrate, Howard held a ‘funeral’ for DeBella.

“The Howard Stern Show” moved to Los Angeles’ KLSX in July 1991, and the following year saw his program reach one million weekly listeners; Howard became the first man to have a radio show reach number one in both Los Angeles and New York City. Howard and Fred also worked together on the radio show “Howard Stern”, which ran from June 1994 to 8 July 2005.

They signed a five-year contract with Sirius Satellite Radio on 6 October 2004, while their debut broadcast was made on 9 January 2006; they signed an extension to the original contract on 15 December 2015, and again in 2020.

Why isn’t Fred Norris getting the event invites he deserves? Howard lets the truth be known: "Fred is way important." https://t.co/xtQAbXijyY pic.twitter.com/UQe6ORy8vs

Fred’s also a bit of an actor, with 14 credits to his name. His debut film appearance was his portrayal of Pete in the 1996 comedy “The Hotel Manor Inn”, and the following year saw him play himself in the critically acclaimed biographical comedy film “Private Parts”, which Betty Thomas directed, and which starred Robin Quivers, Mary McCormack and Howard Stern – it follows the life of Stern, and the movie won two of its five award nominations.

A couple of Fred’s following roles were in the musical mystery drama “Lulu on the Bridge” and the  drama “The LaMastas” both in 1998, and the 1999 romantic drama “Cruel Intentions”.

Fred had only four roles in the 2000s, including in the short action film “Believe”, the drama movie “5up 2down”, and the comedy show “Howard Stern on Demand”.

Most recently, in 2015, he played Rusty in the musical comedy movie “All in Time”, written and directed by Chris Fetchko and Marina Donahue, and which starred Sean Modica, Lynn Cohen and Jean-Luc Bilodeau. It follows Charlie who’s quit his job so that he could focus on his rock ‘n’ roll band – the film won nine of its 13 award nominations.

Even though Fred prefers to keep his love life away from media, it’s still widely known that he’s a married man. He exchanged vows with American actress Allison Furman on 10 July 1994, in a large but private ceremony attended by more than 150 of their friends and family members. Fred met his wife on “The Howard Stern Show”, during a dial-a-date; she’s a Malawi immigrant.

Allison also appeared in the 1997 movie “Private Parts”, and is perhaps best known for her portrayal of Malin & Block Office Woman in the evergreen 2000 drama movie “Requiem for a Dream”, which won 37 of its 108 award nominations, including an Oscar nomination for Best Actress in a Leading Role (Ellen Burstyn).

Allison gave birth to her and Fred’s daughter Tess Danielle Norris on 6 November 2002.

Fred hasn’t mentioned the women whom he had perhaps been with prior to meeting Allison; as of September 2022, he’s married to Allison Furman and they have a daughter together.

Fred’s a highly intelligent man – the website IMDb.com has reported that his IQ is above 150.

He’s interested in music, and is the frontman of his band King Norris, in which he both sings and plays the guitar.

His Instagram account’s followed by nearly 80,000 people, while he’s posted more than 100 pictures and videos; Fred often features his pet dog in these.

Both Fred and his wife are lovers of animals, and they’ve recently visited Africa, wanting to see elephants.

His favorite actors are the late Leslie Nielsen, and Jim Carrey, while a couple of his favorite films include “The Mask”, “The Naked Gun”, and “Dumb and Dumber”.