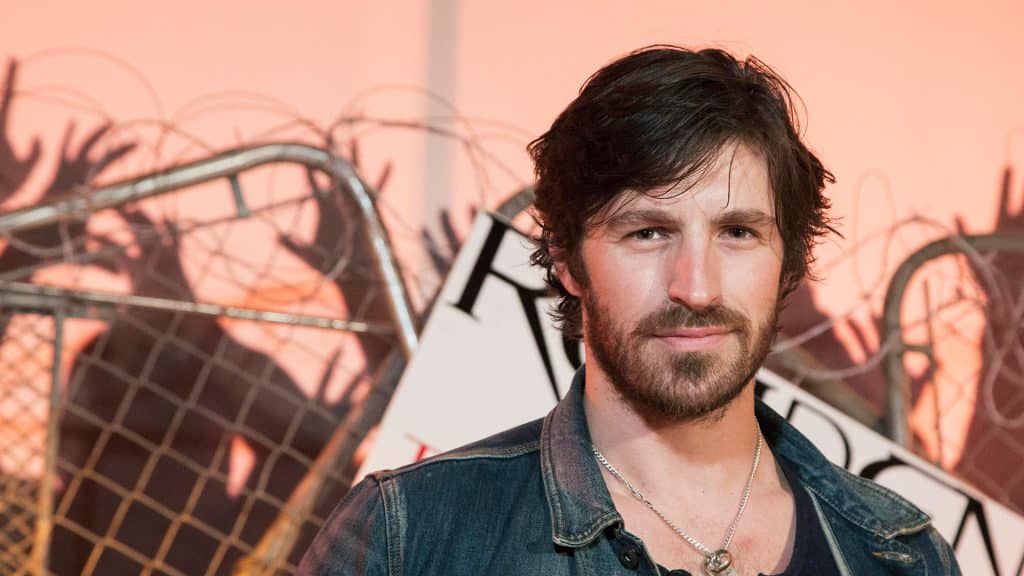 The Irish director, model and actor Eoin Macken, is famously known for playing Sir Gwaine in the acclaimed BBC series “Merlin”, and has also appeared in many other high-grossing projects such as RTE’s TV series “Fair City,” “The Night Shift” (2014 – 2017), and the film “Centurion.”

Eoin Christopher Macken is a native of Dublin, Ireland, and was born under the Pisces zodiac sign on 21 February 1983, which makes him 39 years old as of 2022. His father was a barrister at law, James Macken, and his mother – her name is’nt available – who was a nurse, and was raised alongside his sisters Niamh Macken and Freya Macken. Sadly, his father passed away in 2007 – Eoin wears two charms – an Egyptian symbol and his wedding ring – to preserve his memory.

Eoin attended a local high school and matriculated to University College, Dublin, where he developed an interest in acting and joined the school’s drama society; he graduated with a BSc. degree in Psychology in late 2005. Macken began modeling when he was in college, and appeared in many inter-school fashion shows in 2002 and 2003 – he shortly afterwards began his career, and was taken on by Ireland’s Morgan the Agency model agency, which saw him posing for Abercrombie and Fitch campaigns. He later became the face of Braun Campaign in 2008 when he was in his mid-20s, and has since modeled for many famous brands including GQ and Ralph Lauren.

Macken’s modeling and acting careers have seen him touring many destinations around the globe and he is now a big fan of traveling.

He is physically active and enjoys surfing, swimming, and sailing.

He is also very good at horseback riding and he previously shared ‘I rode a horse into a tree. But I’m okay. Horses are naturally meant to avoid trees. This one didn’t.’

His favorite song is Meatloaf’s “Bat Out of Hell.”

Macken made his movie debut starring as The Gunman in Rick Larkin’s short “Tripple Bill” in 2006, appearing together with Aisling Bodkin and Emmett J Scanlan. In the same year, he appeared in the Irish Film and TV Award-nominated comedy “Studs” and starred as Christian in the thriller “Christian Blake” in 2008. He later appeared in the action movie “Fifth Street” in 2008 and “Once Upon a Time in Dublin” and “Savage,” both in 2009. In 2010, Eoin played Achivir in the historical war film “Centurion,” then appeared in the horror “Siren”, and later starred as Greg in the thriller “Suspension of Disbelief.”

2013 saw Macken playing Prince Cal in the British comedy, “The Callback Queen,” Jack in the Eimear Ennis Graham Award-winning romantic thriller “Cold,” and Sean Ennis in the 2015 short crime movie “Paddy’s in the Boot.” In 2016, he played Doc in the sci-fi film “Resident Evil: The Final Chapter” before he starred in the comedy “The Wedding Invitation” in the next year. His following roles were in the films “Close” in 2018, “I Am Fear” and “Here Are the Young Men” both in 2020. Most recently, he played Mark in the 2021 film “Till Death” and “The Cellar” in 2022, and is now filming “Grey Elephant.”

Eoin made his TV debut as Gavin in an episode of the 19th season of the soap opera “Fair City” in 2008. In 2010, he was cast in Lisa McGee’s series “RAW”, and in the same year he appeared as an English Officer in the acclaimed historical fiction TV series “The Tudors.” Macken later shared the screen with Colin Morgan, John Hurt and Bradley James in the acclaimed fantasy adventure show “Merlin”, appearing in 30 episodes.

In 2008, Eoin directed his first music video, “Don’t Leave Me Alone”, and in the same year worked on the film “Christian Blake.” In 2009, he directed the hour-long documentary “The Fashion of Modelling,” which aired on RTE 2. He’s also directed a few films, including 2016’s “The Green Rabbit & the Ice Cream Girl,” “The Night Shift” in the year that followed, and “Here are the Young Men” in 2020.

Macken was seeing the Irish musician, Una Healy, from 2006 to 2008. Una has released many songs, such as “Stay My Love,” “What About Us,” and “Swear It All Again,” among others. She went on to marry the Irish singer Ben Foden, four years after they broke up. Eoin also dated the Irish actress, Kellie Blaise, who is famous for her role in the TV series’ “50 Ways to Kill Your Lover,” “Proof,” and “Skin Deep” in 2010. The duo recorded the music video and song “Round the Bend” in 2010, but their relationship was also short-lived, and only lasted for a year.

In 2016, Eoin began dating “The Queen’s Gambit” starlet, Anya Taylor-Joy. They loved attending celebrity events such as BFI London Film Festival together, but the duo parted ways in 2019, for reasons they’ve kept hidden – Anya disclosed that they had broken up during an interview with the tabloid magazine, Vanity Fair, right before the shooting of the 2020 romantic comedy movie “Emma.”

During an interview with Elaine of Virgin Media, the Irish actor revealed that ‘It is harder to maintain a relationship when you’re traveling and moving around, especially if you’re involved in music or film, that definitely makes things a lot more difficult, to be frank.’ He is currently single and without any children, as of 2022.

Earlier, Eoin played a gay character named Dr. T.C. Callahan in a few episodes of the series “The Night Shift”, and as a result, many began questioning his sexuality. However, he addressed the allegation, confirming that he isn’t gay.

Macken has appeared in over 30 films and TV series and has directed some of them, which has seen him becoming famous, and accumulating substantial net worth. He is authoritatively worth close to $2 million, as of 2022.