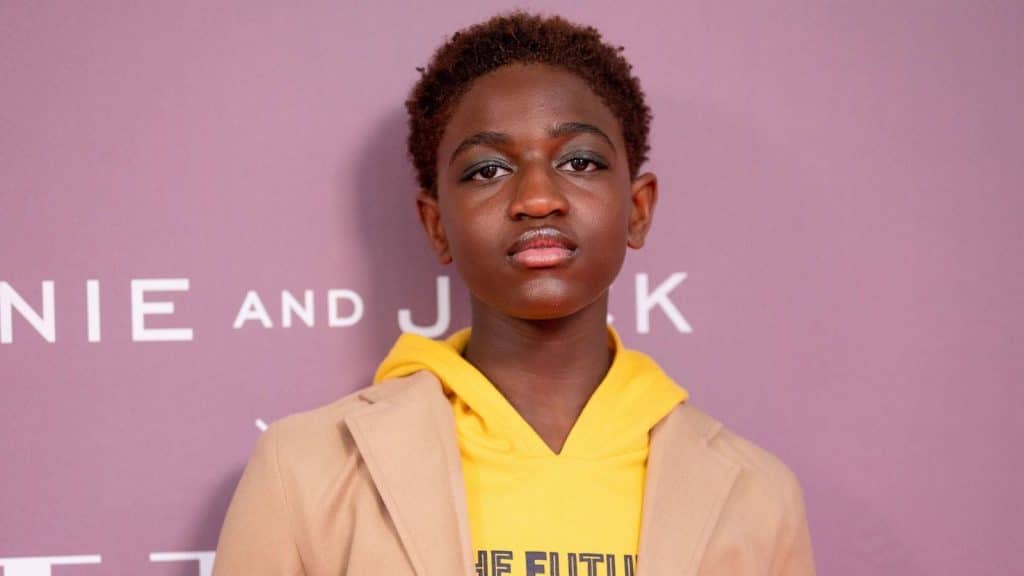 Who is Zaya Wade?

Zaya is a daughter of retired National Basketball Association (NBA) player Dwayne Wade. Born as Zion, she came out as a transgender ‘girl’ in 2020, which turned her into a social media star.

Zaya was born Zion Malachi Airamis Wade on 29 May 2007, the second child of Dwayne Wade and his high school sweetheart, Siohvaughm Funches, and of African-American ancestry She has an older brother, Zaire Blessing Wade, born in 2002. Her parents separated in 2007, but the divorce was official in 2010, after which Dwayne got full custody of Zaya and her brother Zaire.

Zaya is a student of Sierra Canyon School and in her free time, she likes to dance, sing, and play the piano. She hasn’t yet expressed herself career-wise, but she has become a social media star in recent development.

Outing as a Transgender Girl

Born as a male child, Zaya never felt she fitted-in anywhere as a boy. In recent interviews, Dwayne Wade said that he and his wife, Gabrielle started noticing that Zaya, ex-Zion, wasn’t accepting that boy vibe since being three years old.

Zaya first told her third-grade teacher that she was trans; as she got older, she became more secure about her sexuality, and in 2020 came out to both Dwayne and Gabrielle. In Dwayne’s own words, she came home one day from school and told Dwayne and Gabrielle that she would like to talk with them. During their conversation, she said that she is ‘ready to live her truth’ that she is trans, and would like to be called Zaya from then on.

Since then, Dwayne has expressed his unnegotiable support for his daughter, and legally changed Zion’s name to Zaya. Zaya is yet to undergo surgery and therapy, since she will only be turning 15 years old.

Dwayne is now retired and has much more time to be with his children, including Zaya. They often spend days in nature and attending high-profile events.

Zaya has become a star, thanks to her unquestionable support for the LGBTQ+ community, of which she is a part, and her relationship with a sports star.

She now has over 500,000 followers on her official Instagram page. Zaya is currently building her modeling career, and has already worked with a number of high-fashion brands, such as Bulgari, Gucci, Fendi, among others.

As of mid- 2022, Zaya Wade’s net worth has been estimated at close to $1 million, earned through her rising career in modeling, while her father, Dwayne Wade, has wealth estimated at over $120 million.

Dwayne Tyron Wade Jr. was born on 17 January 1982, in Chicago, Illinois, USA, the son of JoLinda and Dwayne Wade Sr; he has an older sister Tragil. His parents divorced when he was just four months old, and JoLinda got full custody of him and his sister.

However, his mother struggled with drug addiction and ended up in jail, so Tragil and Wade moved in with Dwayne Sr. and his mother, after Tragil successfully tricked young Dwayne into believing she was taking him to a movie.

WELCOME TO THE LAND, DWYANE! 🔥Who's excited?! 👀

They lived in Robbins, Illinois, and Wade didn’t see his mother for the next two years. As he got older, he focused on basketball, to avoid streets, gangs, and drugs. He attended Harold L. Richards High School in Oak Lawn, and before he proved himself as a basketball shooting guard, he played football as a wide receiver. Wade became a rising basketball star in his junior year, leading his team with 20.7 points and 7.6 rebounds per game.

He continued to improve, and after high school, enrolled at Marquette University in Milwaukee, Wisconsin, where he played for the Marquette Eagles for two seasons, before he declared for the 2003 NBA Draft.

During his time with the Eagles, Wade won several individual awards, including being named first-team All-American, and Conference Player of the Year, while leading his team to the NCAA Final Four.

He was drafted by the Miami Heat as the fifth overall pick, and in the next 14 years, was a part of the dominating basketball trio, first with LeBron James and Shaquille O’Neal and later Chris Bosh instead of O’Neal.

After his contract with the Miami Heat expired in 2016, he joined the Chicago Bulls, his hometown team, signing a two-year deal worth $47 million. The reason behind his decision to leave the Heat was that they offered him a one-year deal of $20 million and then a two-year contract of $40 million, but he felt it was unacceptable.

Unfortunately, his stint with the Bulls was disastrous, and in 2017 he signed with the Cleveland Cavaliers, which reunited him with LeBron James. However, his overall performance during his stint was below expectations, which saw him traded to the Miami Heat on 8 February 2018, re-signing with the Heat for the 2018-2019 season, after which he retired from professional basketball.

In his last home game he scored 30 points, while in his last game ever for Miami, Dwayne had a triple-double, scoring 25 points, with 11 rebounds and 10 assists.

Dwayne has become known for his philanthropic work, throughout his professional career and later, supporting various organizations that help underprivileged children. He’s an avid supporter of St. Jude Children’s Research Hospital, serving as an Ambassador for their Hoops for St. Jude basketball initiative.

Wade has been very close with his mother all these years, who since 2003 has been sober, and was able to leave the life of crime she led before Wade’s professional career started.