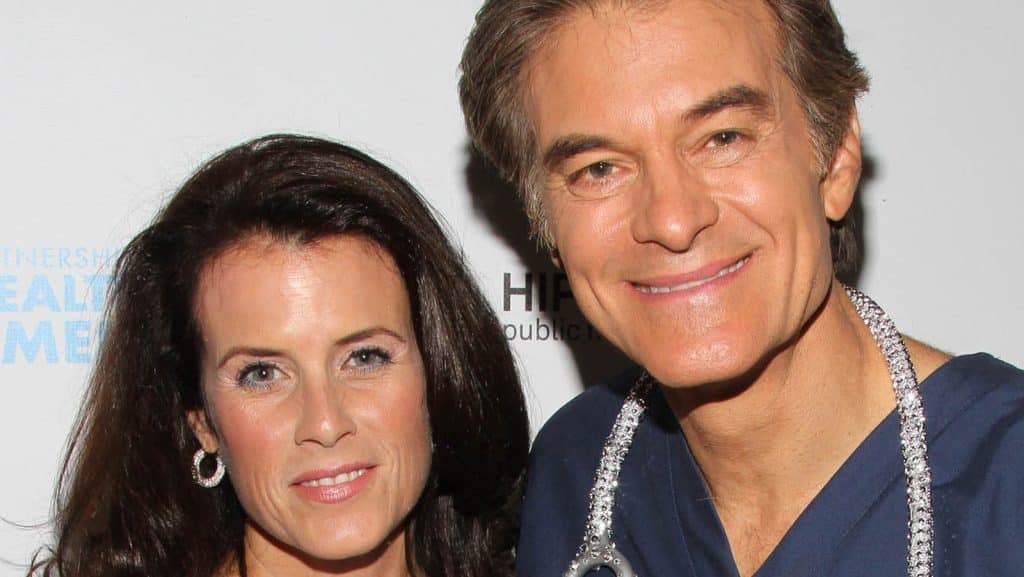 Who is Lisa Oz?

Wife of renowned cardiothoracic surgeon and TV personality Dr. Oz, Lisa Oz is an author, podcaster, and entrepreneur. She went on to appear in her husband’s daytime “The Dr. Oz Show” as a co-host, create her own podcast, and guest in various others.

Lisa Jane Lemole was born on 20 July 1963, in Philadelphia, Pennsylvania, USA, to Gerald and Emily Jane Lemole, into a family with six kids. Her father is a well-regarded heart surgeon who was even part of the team that performed the first heart transplant in the US back in 1968 at The Texas Heart Institute, alongside doctors Michael E. DeBakey and Denton Cooley. Lisa matriculated in 1981, to Bryn Mawr College in Pennsylvania where she was captain of her college tennis team. After graduating college in 1985, Lisa attended Union Theological Seminary, an ecumenical Christian liberal seminary, affiliated with Columbia University in Manhattan, New York City.

During the first 30 years of her life, before she met Dr. Oz and started focusing on helping others with relationship problems through talk shows, self-help books, and the Japanese healing art of Reiki, Lisa appeared in several TV shows and movies as an actress. Her first role was when she was only 13 years old, starring as Glowie Hudson in the 1976 comedy film “Drive-In”. Her first recurring role in a television series was as Susan in the romantic drama “Dallas”. The show aired from 1978 to 1983, during which time she would also make an appearance in the family sci-fi show “Benji, Zax & the Alien Prince”, in which she played the Queen in a singular episode entitled “Goodbye Earth”. Her last known work as an actress is the 1993 romantic mystery drama “Boxing Helena”, in which Lisa plays the Flower Shop Girl.

The new issue of my quarterly bookazine, Dr. Oz The Good Life, just hit the newsstands! It's called "The Oz 100," and is…

Lisa Oz has appeared in many shows and podcasts, in which she would talk about her life, and give relationship and lifestyle advice. Although most of those were guest appearances, in her husband’s “The Dr. Oz Show”, Lisa had a more important role, acting as co-host on several occasions. Fast forward to 2018, together with former editor-in-chief of “Redbook” and “Dr. Oz: The Good Life” magazine, Jill Herzig, she launched the podcast “You Turns”, which focuses on supporting listeners who are experiencing significant changes in their personal life.

Apart from being a former actress and podcaster, Lisa is also a bestselling author. She’s written two books so far – “Us: Transforming Ourselves and the Relationships that Matter Most” in 2010, and in 2015 she wrote a cookbook entitled “The Oz Family Kitchen”, with over 100 recipes for a delicious and healthy diet.

Lisa met her husband Mehmet in Philadelphia through their fathers, both renowned doctors. After dating for a while, Mehmet proposed to her with a tab from a soda can instead of a ring. Luckily, this sweet gesture came through, as the two would tie the knot in 1985. They remain married to this day, with four children and four grandchildren. Their children are Oliver Mustafa, Zoe Yasemin, Arabella Sezen, and Daphne Oz, who decided to follow in her mother’s footsteps as a writer and television host.

Living a healthy lifestyle is not easy, but Lisa has made it her mission ever since she decided to become a vegetarian back when she was 14 years old. Being a daughter of a very successful doctor, Lisa was curious about medicine from a young age, but not in the conventional sense. She wanted to explore and become knowledgeable about different modalities of healing and alternative medicine. Her mother would often turn towards home remedies as opposed to standard medication whenever someone was ill, which highly influenced Lisa’s view of what it means to live a healthy life. This led her to find an interest in Reiki, a Japanese form of energy healing. Although she’s considered to be a Reiki Master, for her, Reiki remains more of a personal interest than a skill that she would cash in on, with private practice or something similar.

Mehmet Cengiz Oz, born on 11 June 1960 in Cleveland, Ohio, USA, is a Turkish-American TV icon, author, and retired cardiothoracic surgeon known by the world as Dr. Oz. After growing-up in Wilmington, Delaware, Mehmet attended Harvard University and the University of Pennsylvania. He holds dual US and Turkey citizenship, but in order to uphold his Turkish nationality, he had to serve in the Turkish Army during the 1980s. He started his surgical residency at Columbia University Irving Medical Center after the fact, in 1986, joined Columbia University’s faculty of surgery in 2001, and eventually retired in 2018.

For five seasons, Oz served as a health expert on “The Oprah Winfrey Show”. In 2009, Winfrey proposed that, invited Mehmet to jointly launch and host a syndicated series through her business Harpo Productions and Sony Pictures Television, which debuted as “The Dr. Oz Show” on September 14. After more than a decade on air, “The Dr. Oz Show” broadcast its final episode on January 14, 2022.

Daphne Nur Oz, born on 17 February 1986, in Philadelphia, is an American television host, chef and writer, most famous for being one of five co-hosts of ABC’s daytime talk show “The Chew”, as well as co-hosting the culinary talk show “The Good Dish”. In 2015, Daphne earned a Daytime Emmy Award for Outstanding Informative Talk Show Host, which she shares with her fellow co-hosts of “The Chew”.

Daphne was raised in Cliffside Park, New Jersey, and attended the Dwight-Englewood School, matriculating in 2004. In 2008, she received a Near Eastern Studies degree from Princeton University, and went on to graduate from the Institute for Integrative Nutrition, and earn a degree from The Natural Gourmet Institute.

She has many books to her name, the first of which was “The Dorm Room Diet”, a National Bestseller that helps college students develop and maintain a healthy and balanced diet, as well as overall lifestyle. The first edition came out in 2006 as “The 8-step Program for Creating a Healthy Lifestyle Plan That Really Works” and was later revised and updated in 2010 with two extra steps. Her latest book came out this year and is entitled “Eat Your Heart Out: All-Fun, No-Fuss Food to Celebrate Eating Clean”.

Daphne met her husband, an analyst for financial funds John Jovanovic, while they were both undergraduates. They married on 26 August 2010 in Manhattan, and currently have four children together, Jovan, Giovanna Ines, Domenica Celine and Philomena Bijou Jovanovic.