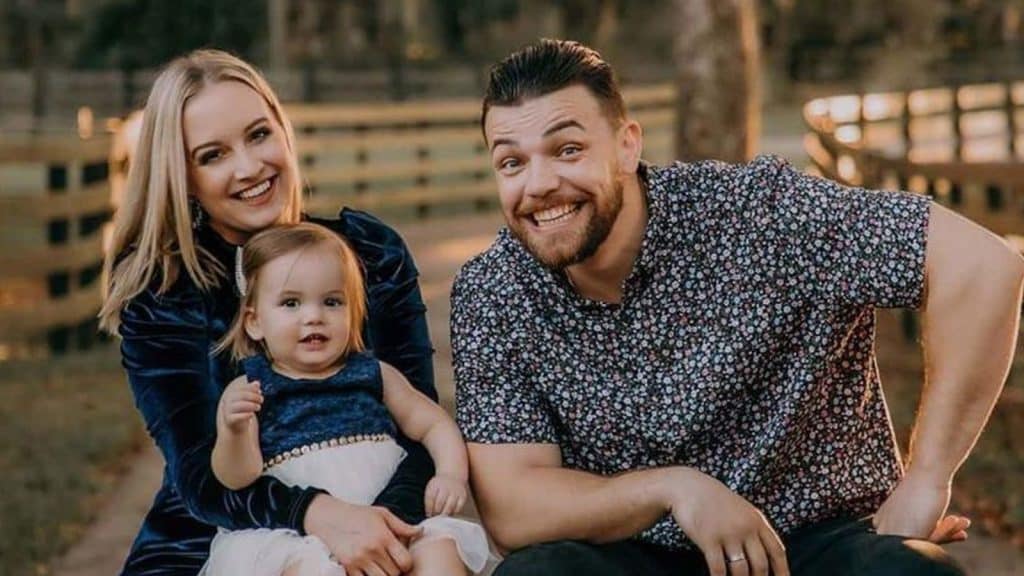 “90 Day Fiancé”, which has become something of a staple in American pop culture, is a TLC reality series about couples who have received or applied for the K-1 visa, which can only be acquired by foreign fiancés of US citizens. As the title implies, the couples have just 90 days to tie the knot – but must first figure out if they are compatible enough to make such a huge commitment.

“90 Day Fiancé” has been a roaring success since its debut in January 2014, and boasts at least nine seasons as of late 2022. In true TLC fashion, the popular series has also spawned over a dozen spin-offs: “90 Day Fiancé: Before the 90 Days”, following couples who are in an online relationship but haven’t begun the K-1 visa process; “90 Day Fiancé: Happily Ever After”, following former couples on the show as they settle into married life; and “90 Day Fiancé: The Other Way”, where the American partner breaks the mold by moving to their partner’s native country. These shows are commonly known as the “90 Day Fiancé Universe” or “90 Day Universe”.

The premise of the show is simple enough. As the K-1 visa allows foreign fiancés to travel to the States and live with their future American spouses, its purpose is to allow the couple enough time to make the necessary engagements and marry. The visa process sees the couple sign documents which state their intent to marry, but if the couple hasn’t tied the knot within the three months, the non-resident must leave the US.

Of course, bureaucracy and paperwork aren’t the only obstacles the couple must overcome: culture shocks, language barriers, and unwelcoming friends and family are just some of the troubles faced by the foreign fiancés.

Andrei Castravet and Elizabeth “Libby” Potthast stole the show in season five of “90 Day Fiancé”. Libby is from Tampa, Florida, and met Andrei when she visited Dublin, where he was living at the time despite being Moldovan. Although Libby fell head over heels in love, her family were anything but supportive – her family were concerned about his controlling ways, and her father refused to loan them any money.

In the end, the financial strain meant that they married earlier than planned, so that Andrei could get a job immediately. Even before the big day, tensions bubbled when Elizabeth threw her bachelorette party in Miami, and hit the clubs with her sisters against her future husband’s wishes.

Andrei seems to attract controversy wherever he goes, thanks to his alpha male attitude and explosive outbursts, and fans are baffled as to why Libby always defends him. During the fifth season of “90 Day Fiancé: Happily Ever After?”, the couple and Libby’s family travelled to Moldova to have the traditional wedding ceremony that was part of Andrei’s culture. However, a supposedly pleasant family dinner between the group turned into an ugly verbal spat between Andrei and Libby’s siblings, with both parties screaming abuse at each other, while Libby looked mortified.

Nevertheless, the unforgettable scene is far from the first time that Andrei has been in the eye of the storm. When he and Libby launched an ill-fated OnlyFans account to earn some extra cash on the side, some of the Moldovan’s racier snaps were leaked, and began circulating on Reddit and other social media platforms. Andrei was almost nude in some of the pics, but insisted that he’d been cyber-hacked, while cynics believe that it was all an orchestrated publicity stunt.

Despite the rocky relationship between Andrei and his wife’s family, he’s been trying to form part of her father Chuck’s business – and made the most of the occasion to ask his father-in-law for a six-figure start-up loan. Of course, Chuck refused his request, and fans of the show called Andrei delusional. For now, there’s no possibility of Andrei being loaned the $100,000 he asked for, despite working diligently in the family business, and learning the ropes from Chuck.

Of course, Libby’s siblings Becky, Charlie, and Jenn have all been more than suspicious of Andrei’s intentions by working with Chuck. With that said, the tables always turn, and the macho Moldovan found himself becoming an unlikely fan favorite at the Potthast family reunion, when Becky let slip that Libby had hired a babysitter behind her husband’s back.

Andrei was understandably upset and felt betrayed, as he didn’t want any strangers around his daughter. Libby and her sisters rubbished his feelings, and claimed that he was being unreasonable; surprisingly, many netizens took Andrei’s side, saying that she shouldn’t have hired a babysitter behind his back. They also accused Libby’s siblings – who all have criminal records and less-than-perfect pasts – of trying to stir up drama, and make the married-in look like the bad guy.

As they say, a broken clock is right twice a day: even if fans of “90 Day Fiancé” supported Andrei on this occasion, the former bouncer has shown himself to be an unsavory character over and over again. From mocking Libby and calling her family names, to threatening to attack her brother, Andrei has done many things that have earned him all sorts of unpleasant monikers on social media and is accused of having abusive tendencies.

The unlikely couple currently have two children: a daughter named Eleanor who was born in 2019, and son Theo, who they welcomed in 2022. Nevertheless, the future looks less than bright for the busy parents, as Andrei is facing numerous setbacks in his quest for permanent US residency. In an October 2022 interview, the pair had a hard time during the stay-at-home-father’s immigration interview, and left feeling anything but positive.

In Andrei’s words: “We went for an interview at the USCA office and got grilled. We were hoping to get my permanent Green Card approved, but it didn’t happen.” Elizabeth added: “I guess we need more proof, but I don’t know how much more proof you need.” In an earlier episode of “Happy Ever After?”, Andrei accused his in-laws of snitching to get him deported – however, his immigration attorney said that she feared they had seen something in his Moldovan records that would make him ineligible for a green card.

As Andrei held a law enforcement job while living in Moldova – and supposedly relocated to Ireland to avoid the corruption in his home country – he admitted to having been part of multiple court cases. He had failed to share his history on the police force with his immigration attorney, as he considered it irrelevant. This strange turn of events made some viewers of the show question his real motives: after all, if he hadn’t done anything wrong, why wouldn’t he mention this vital detail, and be truthful about his work history?

For now, Libby and Andrei’s future in the US seems rather uncertain. The couple are having a tough time coming to terms with the bleak reality, and the possibility of moving to Moldova doesn’t appeal to Libby at all. Only time will tell if they’re lucky and Andrei can acquire permanent US residency.

And they lived Happily Ever After 💖⁣#90dayfiancehappilyeverafter #andreiandelizabeth⁣@andrei19861 @ Chisinau, Moldova

Fortunately, not all couples of the “90 Day Fiancé” universe are as dysfunctional as Libby and Andrei appear to be, even if they didn’t get off to the best start. David and Annie are surprising fan favorites, despite a 24-year age gap and have become one of the franchise’s most popular couples after battling alcohol addiction, alleged cheating, financial troubles, and much more.

David and Annie met in a bar in Annie’s native Thailand, and began dating shortly afterwards. David’s family were less than accepting of the beautiful brunette, and some of his nearest and dearest wondered if she was a mail-order bride with hidden motives. The pair’s success story has served to inspire fans, as they’ve appeared in many spin-offs and remain together after several years.

Next up are Danny and Amy, who met in Australia during a bible study trip, and appeared in the show’s second season. After a successful courtship period, the pair became engaged at lightning speed, but faced apprehension from Danny’s father when he found out Amy wasn’t Caucasian. Ignoring the naysayers, the sweet couple married, and are currently living in Texas with their two children.  Danny and Amy are relatively private, and hardly post on their social media accounts, so we don’t know much about their relationship off-screen.

Avery and Omar, however, have been far more vocal about their relationship, which didn’t get off to the best of starts due to the war in Syria and other factors. The first time they met face-to-face was when Avery visited him in Lebanon; the duo were polar opposites, as she was a former wild child and he was a devout Muslim, but they managed to overcome their differences and are now considered one of the franchise’s most mature couples.

Shortly after meeting, the couple were wed in a traditional Muslim ceremony. Avery’s mother was particularly displeased, and thought that her daughter would soon be back to her old ways; wars and pandemics have separated them for most of their marriage, but from what we can surmise, Avery has kept on the straight and narrow, and is perfectly accommodating to her new Muslim lifestyle.

Chelsea and Yamir are also beloved by “90 Day Fiancé” viewers, despite the outcome of their relationship. Yamir is a handsome Nicaraguan, and was performing with his boy band, Myla Vox, when he met Chelsea, who was volunteering with the Peace Corps, and happened to attend one of his concerts. Yamir’s talent agent didn’t approve of the relationship and thought that it would be a bad idea for the band to break up, but the reality star decided to follow his heart and move to the US.

Although Chelsea’s family was more than supportive of the relationship, tensions began brewing under the surface when Yamir expressed his desire to move to Chicago, and began sending demo tapes to producers in the city. Chelsea was against the idea and didn’t want to leave her family, while Yamir found it hard to adjust to small-town life.

Unsurprisingly, the pair divorced in 2016, and then in an unexpected plot twist, Chelsea came out of the closet as a lesbian. Despite not being together anymore, fans of “90 Day Fiancé” remember them fondly, and appreciate that they still support each other to this day, after ending their marriage on amicable terms.

Anna and Mursel’s love story has also been far from conventional. Mursel proposed to Anna on social media shortly after they met, and the couple almost immediately faced a backlash from their inner circles. It turns out that Mursel hadn’t informed his conservative family about Anna’s three children, who were born out of wedlock; the language barrier was another obvious setback.

Nevertheless, Anna and Mursel have grown tremendously as individuals and a couple, and are together to this day. TLC didn’t invite them to appear on any spin-offs, so the duo are living a fairly private life, and haven’t expressed a desire to return to the spotlight. In the words of one Reddit user, “They’re one of the few normal couples who actually work, a shocking concept to all the other cast members who just want to grift through life.”

Last but not least are Loren and Alexi, who have been described as two of the most wholesome people on the show. They met in Israel, where Alexi worked as a medic, while Loren was on a Birthright trip. Although she initially intended for their time together to be a brief fling, they actually fell in love, and have since welcomed two children, with a third on the way.

TLC has also somewhat shunned Loren and Alexi, as the network favors more controversial couples who can bring higher ratings. Nevertheless, the lovebirds recently won Best Reality Romance at the MTV Movie and TV Awards, and appear to be a steadfast couple who aren’t breaking-up anytime soon.