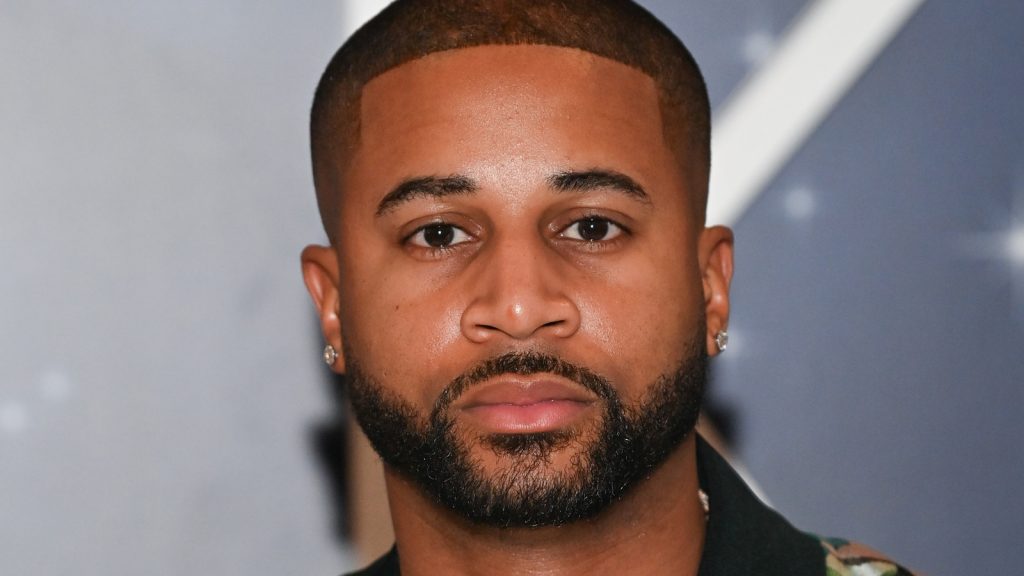 Who is Devale Ellis?

Born under the sign of Aries on 2 April 1984, in Brooklyn, New York City USA, Devale Ellis is a 38-year old African-American actor, YouTuber, podcast host and former American Football wide receiver. He is generally known throughout the world for his brief career as a sportsman, and for various roles in high-profile titles later on, such as “NCIS” and “The Blacklist.” He’s had an enviable number of successes over the course of his often lucrative acting career since 2013, and the also remunerative sports career from 2005 to 2007.

Early life: Born for the field

Devale was raised apparently an only child in his birthplace, by parents Troy and Karen Ellis. He grew up with a strong penchant for sports, becoming involved with quite a few by the time he even started school. He attended James Madison High School, where he played American Football and basketball, eventually ending up in the Public School Athletic League in his senior year, among the top ten for touchdowns made and catches made by a wide receiver. Before his matriculation in 2002, he also participated in the PSAL All Star game, and earned the nickname ‘Show Time’.

Ellis then enrolled into Hofstra University, where he played alongside future New Orleans Saints wide receiver Marques Colston. In 2005, he had the leading score of 74 receptions for 943 yards, and five touchdowns – he was second overall in the Atlantic 10 in receptions, third in receiving yards and ninth in all-purpose yards, with 103.8 yards per game. He finished his college career with 176 catches for 2,207 yards, which is a 12.5 per-catch average, as well as 22 touchdowns, graduating in 2007.

Career: An actor in disguise

Although he had an impressive college performance, Devale wasn’t selected in the 2006 NFL Draft. However, after playing a few matches at a rookie mini-camp, he was signed to the Detroit Lions eight-man practice squad as a free agent on 3 September 2006. Six days later, he played in the season opener versus the Seattle Seahawks, but was waived off the active roster two days after that, returning to the practice squad. On 15 October he got his position back, and debuted against the Buffalo Bills. He stayed on the main roster for the better part of two years, until being completely taken off the team during the final cuts of 30 August 2008. On 31 December of the year, he was signed to a future contract by the Cleveland Browns, but was waived off on 26 July 2009. Devale officially retired from the NFL in 2010, deciding to take up acting.

It took him three years to pass an audition, making his debut as Tommy in 2013’s action comedy film by Solvan Naim entitled “Full Circle.” His TV series debut followed in 2014, which saw him as Trent in two episodes of “Young Like Us.” In 2015 he played Raheem in the short film entitled “Stanhope,” and much more importantly, Light Skin in an episode of the highly acclaimed crime drama TV series by Courtney A. Kemp entitled “Power,” opposite Omari Hardwick and 50 Cent.

His last seven years in the business

Devale rode the wave of popularity after “Power,” snagging five roles in 2016, including Larry the EMS Guy in “Honorable Mike,” Ace in “Ticket Cop” and even Cyclist in an episode of “The Mysteries of Laura.” In 2017 he literally doubled the previous year, appearing in eight titles, most importantly playing Chuck Shaw in an episode of Jon Bokenkamp’s wildly popular crime mystery drama TV series entitled “The Blacklist”, while also appearing as Joseph in five episodes of “Tough Love,” through 2018, and Gavin in “Makeup X Breakup,” through 2019. Interestingly, the last two mentioned shows were his only projects in 2018.

Thank you Life & Style Mag for the dope feature. And THANK ALL OF YOU for rocking with me through this journey.#DevalesTruth #BuildAnEmpire #LeaveALegacy #PayItForward #HaveFunDoingIt pic.twitter.com/TH7M8jFFVT

In 2019, he played Nelson in five episodes of “It’s Bruno!”, though more prominently Dante Brown in an episode of the legendary “NCIS.” He then played Ken in seven episodes of “Bigger,” however, his most significant role that year through 2022, is the part of Zac in thus-far 87 episodes of Tyler Perry’s sitcom entitled “Sistas”. Concurrently, Devale played Preacher / Reggie Floyd in an episode of “The Equalizer” in 2021, and three other characters in 2022, most importantly Zac in “Zatima.” He remains to be seen as Mason in “61st Street” in 2023, and Dialo in “The Perfect Find,” which is still in post-production, and marks his 27th acting credit.

A YouTuber and podcaster as well

Probably in order to help his acting career, Devale created a YouTube channel in 2011; it’s now called The Ellises and has almost 500,000 subscribers. He and his wife frequently post vlogs about their family on it, while they also have a podcast under the iHeartPodcasts channel on iTunes, entitled “Dead Ass with Khadeen and Devale Ellis,” in which they discuss various aspects of their life together. They even hosted US president Joe Biden at one point in 2020.

Love life: Who are Devale’s wife and children? Has he had any affairs?

Devale’s only known relationship has been with fellow actress Khadeen Ellis, whom he met at some point in the late 2000’s. They dated for a few years before marrying on 4 July 2010 in a private ceremony. The couple have since had four sons – Jackson in 2011, Kairo in 2016, Kaz in 2017 and Dakota in 2021. While media outlets never really mentioned any affairs of the couple, they addressed cheating in their relationship in one of their podcasts, meaning there definitely have been affairs, though none that ruined their marriage. They live with their children in Los Angeles, California.

What is Devale Ellis’ net worth?

According to most trusted sources, in mid-2022, Devale Ellis’ net worth is estimated at over $2 million, garnered thanks to almost decade of success in Hollywood, with roles in well-paying projects such as “Power,” though most of it definitely came from “Sistas.”