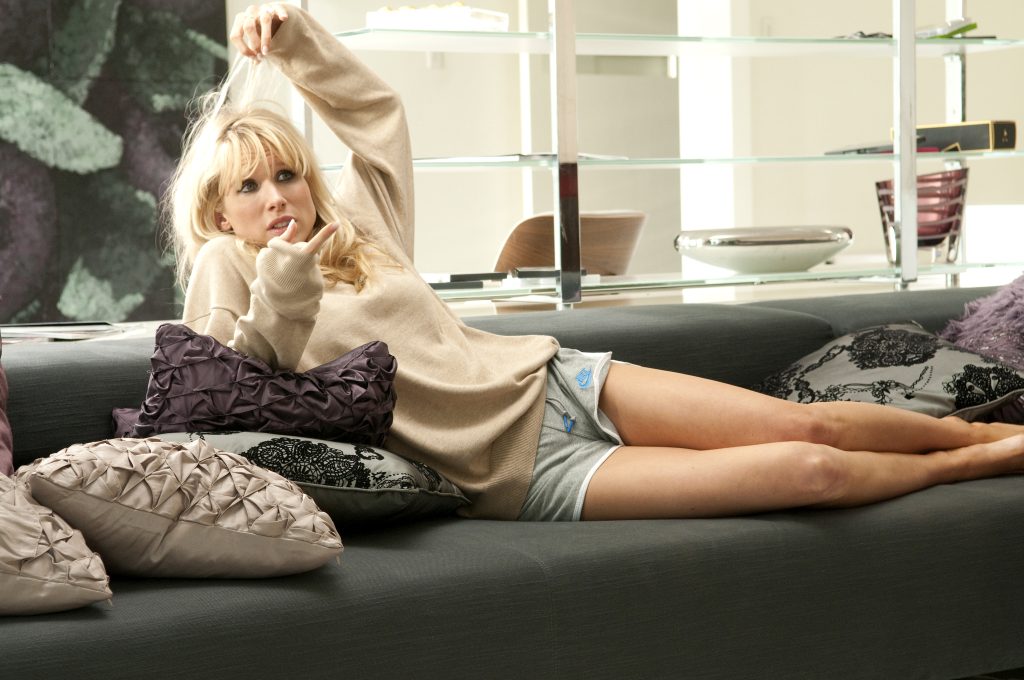 Who is Lucy Punch?

Lucy is a British actress, perhaps still known best for her role as Amy in the 2011 American comedy film “Bad Teacher”, Hattie in the 2004 comedy film “Ella Enchanted”, and Amanda in the sitcom “Motherland” from 2020.

Lucy Punch was born on 30 December 1977, in Hammersmith, London, England, to Johanna and Michael Punch. Her parents ran a market research company, and even though they had two children, Lucy and her brother Tom. they were quite well off. This meant that they could afford the best for their little girl and this was shown in her education as well. Lucy went to an all-girl private school in Hammersmith called Godolphin and Latymer School, and matriculated to University College, London.

She was interested in acting from an early age, and between her final years in high school until she was around 20, Lucy performed with the National Youth Theatre between 1993 and 1997. Her time there encouraged her to follow her dream of becoming an actress, which is why dropped out of college to pursue her acting career.

After her time with the National Youth Theatre, it wasn’t long before Lucy made her debut as a professional actress. Her first appearance was in the action adventure television series “The New Adventures of Robin Hood”, in the episode entitled “Orphans”, in which she played “Queen Stephanie”. Her other TV appearances in the early stages of her career included the shows “Renford Rejects”, “Days Like These” and “Let Them Eat Cake”, among many others. Lucy was eager to make her breakthrough as an actress and as soon as any role was available, she’d get right on it. This is why every year since her career started, you can find a couple of shows in which she played a supporting role for an episode or so.

Lucy’s first film role was that of Regan in the romantic drama “Cinderella” in 2000, quickly followed by the comedy crime drama film “Greenfingers” the same year. Although she would go on to do a couple more movies in the following years, such as “Goodbye, Mr. Steadman” and “Come Together”, her first big movie was “Ella Enchanted” in 2004, a fantasy family comedy film starring Anne Hathaway. In the same year she would play the lead stewardess in the Golden Globe Award and nine Primetime Emmy Award-winning biographical comedy film “The Life and Death of Peter Sellers”, based on Roger Lewis’ book of the same name.

Apart from shows and films, Lucy Punch also did theatre. Her stage debut (on a literal stage that is) was in the Gielgud Theatre production of “The Graduate” in 2000. Over the course of her career she’s acted in plays only three more times, the latest being in the 2014 Theatre Royal, Haymarket production of “Great Britain” in the role of “Paige Britain”.

Punch’s first lead role came in the 2006 romantic comedy film “Are You Ready for Love?”, directed by Helen Grace, in which her performance as Melanie earned her the Best Actress award at the Monaco International Film Festival. In the CBS sitcom “The Class” starring Andrea Anders, Jon Bernthal and Lizzy Caplan, that ran between 2006 and 2007, Lucy played Holly Ellenbogen, appearing in 13 of 19 episodes of the show, contrary to her previous roles in television series, in which she only appeared for a handful of episodes.

In 2010, Lucy had the honor of working alongside renowned comedy actors Steve Carell and Paul Rudd in the movie “Dinner for Schmucks”, as the stalking pro wrestler “Darla”. The next year she appeared next to Justin Timberlake and Cameron Diaz in the comedy film “Bad Teacher”, which was a big commercial success, grossing over $216 million worldwide.

In the past few years, Lucy has managed to grab main role after main role in television, as Jo in the British sitcom “Bloods”, Esmé Squalor in Netflix’s “A Series of Unfortunate Events”, Kate Middleton in the HBO Max adult animated comedy show “The Prince”, but possibly the most important role she’s received was of Amanda in “Motherland”, a British sitcom that aired from 2016 to 2021. As for her latest project, Lucy played the role of Jen Spencer in the romantic comedy film “The Book of Love”, released on 4 February 2022.

Lucy is adamant on keeping her personal life under wraps, so little is known about her private affairs. She dated fellow English actor James D’Arcy, known for playing “Edwin Jarvis” in the Marvel television series “Agent Carter”. She also gave birth to her son Rex in July 2015, although she hasn’t disclosed any information regarding the father. As far as the public is considered, Lucy isn’t married, although it wouldn’t be surprising that she has a boyfriend whom she’s keeping hidden from the public. She currently lives in West Hollywood, Los Angeles.

Appearance and Net worth

She has an estimated net worth of around $3 million.