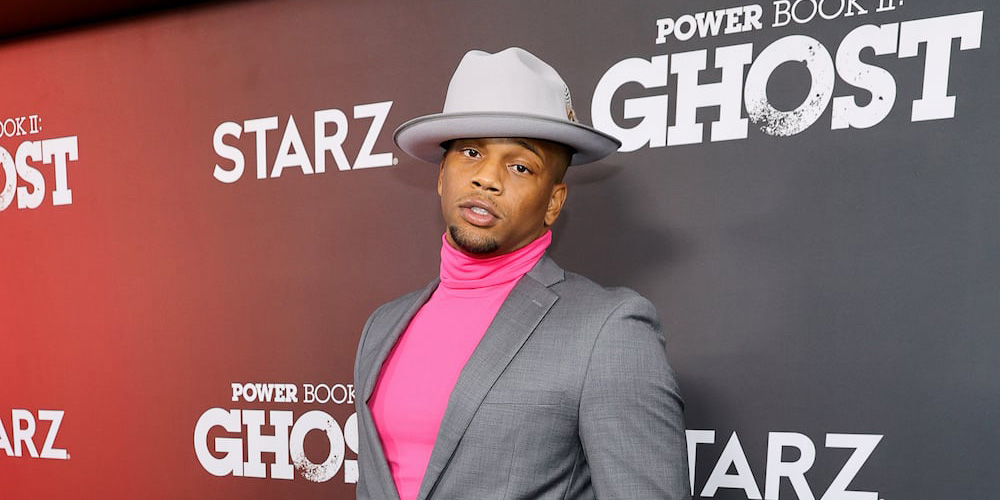 Who is Daniel Bellomy?

The fans of the series “Power Book II: Ghost” are certainly familiar with the actor Daniel Bellomy, who portrayed Ezekiel ‘Zeke’ Cross in this crime drama. Daniel was born under the zodiac sign of Capricorn on 27 December 1994, in Detroit, Michigan USA; he holds American nationality and his ethnicity is African-American. He’s a recording artist and actor, who has over 10 acting credits to his name, perhaps known best for his aforementioned mentioned role in the popular series.

Daniel was raised in Detroit by his parents, mother Cheryl Bellomy, and father whose name he hasn’t revealed, alongside his two brothers Cornelius and Dave.

Since Daniel hasn’t disclosed information regarding his father, some people assumed that he’s a son of the famous actor and stand-up comedian, Bill Bellamy, known for his roles in “The Brothers”, “Getting Played”, and “Kindergarten Cop 2”, among others. However, this is a misunderstanding, and the two are just connected by their last names and the same profession.

Speaking about Daniel’s educational background, he attended East Detroit High School, then transferred to Cass Technical High School, and upon matriculating in 2012, enrolled at Carnegie Mellon University in Pittsburgh, Pennsylvania, from which he graduated with a BA in 2015.

During his high school days, Daniel played basketball, and earned himself a scholarship playing for the Cass Tech basketball team, however, he always dreamed about becoming an actor.

Daniel made his acting debut in 2013, portraying Sheriff Sullivan Gridley in the short movie “A Matter of Time”, followed by his role as Kevin Durant in the 2016 movie “The Real MVP: The Wanda Durant Story”, also starring Eric Bempong and Eli Baxter in this biographic sports drama which follows the story of the National Basketball Association (NBA) player, Kevin Durant, and his mother Wanda who dedicated her life to raising one of the greatest basketball players.

In the following year, Daniel was cast to play Bo-Bo in “Freak Show”, a comedy drama based on the novel of the same title written by James St. James, and then in 2020, he was seen as Austin Gamby in “Paint”, alongside Olivia Luccardi, Paul Cooper and Josh Caras, which is Daniel’s most recent role.

Daniel made his first appearance on television in 2017, in an episode of the series “The Deuce”, starring James Franco, Lawrence Gilliard Junior and Maggie Gyllenhaal, followed by his role as Choir Director in “Outcast”.

In 2019, Daniel portrayed Troy in the Home Box Office (HBO) TV mini-series “Mrs Fletcher”, and then he was seen in an episode of “Suits” portraying Jeremy Wall, before he was cast to play his most notable role to date as Ezekiel ‘Zeke’ Cross in “Power Book II: Ghost”, a crime drama starring Gianni Paolo, Michael Rainey Junior and Shane Johnson.

Daniel’s character died at the end of the second season, and the fans of the series were shocked by the fact that one of their favorite characters won’t be seen in the third season.

However, it seems that Daniel himself was surprised with Ezekiel’s death, and didn’t know the character’s fate until the season was near ending, as he said for deadline.com: ‘Usually when a character’s journey is coming to a close on Power, they tell you in the middle of the prior episode. It’s Power and it’s a game.’ He also spoke about how much he loved to play this character, and how grateful he was for the chance to be a part of the cast.

Most recently, in 2021, Daniel was seen as Warren Pratt in an episode of the series “Blue Bloods”, and as Levi in “The Good Fight”.

There were various rumors concerning both Daniel’s love life and his sexual orientation, however, he hasn’t spoken about any man or woman whom he has been with.

Some rumors were saying that he was seen in one of New York City’s nightclubs dancing intimately with Tiffany Pollard, an American TV personality, however, he denied these rumors, saying that they are just close friends.

Daniel prefers to keep his love life a secret, and as of February 2022, it is assumed that he’s single, hasn’t been married or engaged, and doesn’t have children.

One of Daniel’s favorite interests besides acting is music; he launched his YouTube channel on 19 January 2008, and it’s today subscribed by nearly 14,000 people, and all of his videos have amassed nearly one million views.

You can enjoy his songs such as “Odyssey”, “Ain’t No Hoe”, and “Fire”, while the newest one was uploaded on 17 February 2022, and is the official music video for his song “Ready” featuring popular American rapper Sada Baby. His music idols are J Cole, Lil Wayne, and Kanye West.

Daniel is active on social media networks, and his Instagram has been followed by nearly 200,000 people, while his Twitter has gained nearly 20,000 followers. His official Facebook page has amassed over 2,500 followers, on which he mostly posts updates about his work, and some photos featuring his everyday life.

He’s into sports, having played basketball for the school team, and now recreationally with his friends; he takes care of his body by also working out at the gym three to four times per week, going running every morning, and he likes swimming.

In his spare time, he enjoys playing video games, hanging out with his friends, or watching movies; his favorite actors are Forest Whitaker and Morgan Freeman, while his favorite actresses are LaToya Tonodeo and Mary J. Blige.

Daniel is into traveling, and thanks to his acting career, has visited several US states, and his favorite travel destination is Los Angeles, California, while he dreams of visiting Rome, Italy.