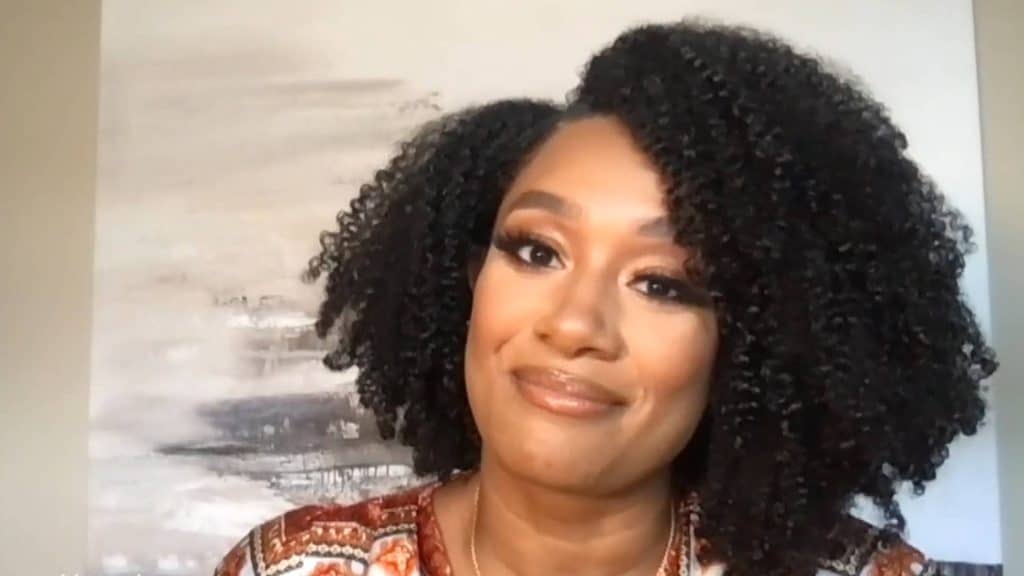 Who is Crystal Hayslett?

American actress, costume designer and YouTuber Crystal Renee Hayslett was born in Martin, Tennessee USAl on 18 October 1981 under the zodiac sign of Libra. She’s appeared in only two movies and two TV series, and is perhaps best known for her playing of Fatima in the comedy series “Sistas”, created by Tyler Perry, and which stars Kj Smith, Mignon and Ebony Obsidian; it follows the lives of several single black women.

Crystal was raised in Martin by her mother and father about whom not many details have been disclosed, because Crystal respects their privacy; it’s believed that they were hardworking middle-class people who struggled to raise Crystal and the siblings whom she might have, but about whom she hasn’t spoken in public.

She grew up being interested in singing, and dreamed of becoming a famous singer while attending a local high school. Crystal matriculated in 2000, and enrolled at the University of Tennessee, graduating with a Bachelor’s degree in 2004; she then moved to Washington, D.C. and worked on Capitol Hill.

She also began pursuing music, but after six years realized that she wouldn’t succeed in the music industry, and thus switched to acting.

Crystal’s debut film appearance was in the 2010 short romantic drama “This Time”, directed by Matthew A. Cherry, and which starred H. K. Benton, David Lee Denny Jr. and Barry Floyd. It follows a soldier who’s just returned from war, and has learned that the love of his life is about to marry another man.

Most recently, in 2022, Crystal played Fatima in the comedy series “Zatima”, created by Tyler Perry, and in which she starred alongside Nzinga Imani and Devale Ellis; it follows Fatima and Zac’s relationship.

Crystal’s first credited work as a costume designer was on the 2016 episode “Watch Your Back” of the romantic series “If Loving You Is Wrong”, and the same year saw her work on the comedy horror movie “Boo! A Madea Halloween”, and 14 episodes of the drama series “Too Close to Home”.

In 2017, Crystal worked on 19 episodes of the mystery crime drama “The Haves and the Have Nots”, which Tyler Perry created, and which starred John Schneider, Crystal Fox and Tika Sumpter. It follows the lives of the poor Young family and the wealthy Harrington and Cryer families, the series aired from 2013 to 2021, and won a Gracie Allen Award for Outstanding Female Actor – One to Watch (Angela Robinson).

Crystal could then have been seen working on the 2017 horror comedy movie “Boo 2! A Madea Halloween”, the 2018 romantic horror thriller film “Acrimony”, and 10 episodes of the 2018 comedy series “The Paynes”.

Also in 2018, she worked on the romantic comedy movie “Nobody’s Fool”, written and directed by Tyler Perry, and which starred Tiffany Haddish, Tika Sumpter and Omari Hardwick. It follows a woman who’s just been released from jail, and has learned that her sister’s dating a mysterious man over the internet; the film won a ReFrame Stamp for Feature.

Crystal’s since worked on the 2019 comedy movie “A Madea Family Funeral”, the 2020 episode “Imaginary Friends” of the family action comedy series “Young Dylan”, and the 2022 drama movie “Tyson’s Run”.

Be sure the catch the season finale of @sistasonbet TONIGHT!!! Only on @bet !!! #fatima #zatima #sistas #bet #tylerperrystudios

Crystal launched her YouTube channel “Crystal Renee’” on 2 March 2010, and there are today over 4,000 people subscribed to it, while she’s amassed more than 60,000 views of all her 12 videos combined; most of these feature Crystal sharing her health, beauty and cooking advice with her fans, and we’re going to mention three of the most popular amongst these.

Crystal’s second most popular video “Roller Set On Natural Hair” has been viewed nearly 4,000 times since 21 June 2016, and shows her teaching her fans to use a roller set.

Popular #3 video “Clean Summer Make up Look” has been watched almost 3,000 times since 11 August 2017, and features Crystal showing her fans how she does her make-up during summer.

Crystal hasn’t spoken of the men whom she’s perhaps been with, but her fans believe that she was in a relationship with American professional basketball player Kevin Durant between 2014 and 2016; Kevin’s currently playing for the Brooklyn Nets of the National Basketball Association. The two were seen together multiple times during those three years, but neither addressed the rumors of them dating.

It was then reported that Crystal was in a relationship with Pooch Hall, an American actor and musician; she appeared in several of Pooch’s music videos, kissing him on the lips in some, but neither has spoken about the matter.

Crystal seems to be single as of October 2022, hasn’t married and doesn’t have children.

Crystal loves to cook, and enjoys sharing her original recipes with her fans.

There are over 600,000 people following Crystal on Instagram today, and she’s posted more than 600 pictures and videos onto the social media network.

Crystal works out at the gym on a daily basis, and follows a healthy diet.

She loves wearing dresses, and it’s believed that she has a collection of over 100.

Crystal’s also done a bit of modelling work, but sees it as a hobby rather than a job.

Her favorite actresses are Megan Fox and Monica Bellucci, while some of her favorite movies include “Jennifer’s Body”, “Midnight in the Switchgrass” and “This is 40”.

Crystal’s net worth’s been estimated at over $1 million, as of October 2022.