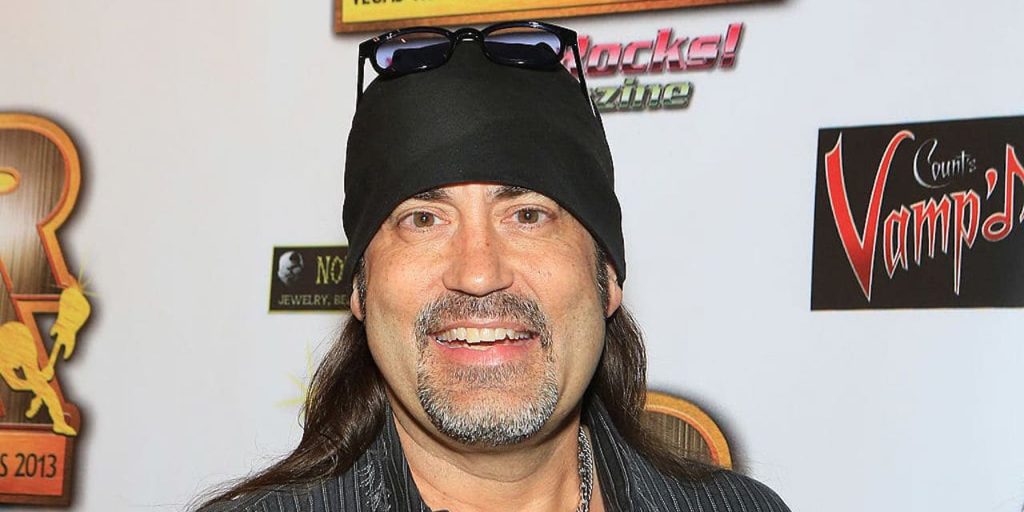 Who is Danny Koker?

Known for being a versatile businessman and charismatic reality TV personality, Daniel “Danny” Nicholas Koker II was born on 5th January 1964, in Cleveland, Ohio USA, to Danny and Mary Koker. Also nicknamed “The Count”, some of Danny’s business ventures include a successful tattoo parlor and popular restaurant, although he’s best-known for his auto shop Count’s Kustoms.

Thanks to Danny Sr.’s job at the Ford Motor Company, Danny discovered his love for cars at a young age, with the father-son duo often repairing vehicles together, until it became their favorite way to spend quality time. Before becoming the household name he is today, Danny enjoyed an anonymous lifestyle which changed when his parents acquired Channel 33, and made him the host of “Saturday Fright at the Movies” and other shows.

From producing and performing with his band to being a celebrity mechanic, Danny has always stayed in the public eye thanks to his witty personality and faultless work ethic. But what steps did he take to amass a $13 million fortune? Keep reading to find out.

After appearing in two episodes of “Saturday Fright at the Movies” as Count Cool Rider in the early 1990s, Danny took a 15-year hiatus from the small screen to focus on his auto shop, until 2006 when he made a cameo in the award-winning stunts show “Criss Angel Mindfreak”. The future celebrity soon came into his own, thanks to the show “Pawn Stars”, in which he worked alongside Rick and Corey Harrison and Austin Russell, with his first appearance being in 2010.

For the next three years, Danny made sporadic appearances on “Pawn Stars” as the owner of Count’s Kustoms and an expert in all items automotive. From 2011 to 2014, the entrepreneur also lent his talents to “American Restoration”, a History Channel show produced by Leftfield Pictures and starring Rick and Tyler Dale. Set in Las Vegas, the Dale brothers and other experts brought old vehicles and various vintage objects back to their former glory in their workshop, while Danny often helped out by sharing his extensive auto knowledge.

However, Danny’s longest-running show is without a doubt “Counting Cars”, another Leftfield Pictures production which aired in 2012, and became a favorite amongst viewers. The series started off as a spin-off of “Pawn Stars”, and documents the comings and goings of the workers at Count’s Kustoms as they restore and customize vintage cars. Season ten aired on 15th September 2021, with the longest seasons being the fourth (35 episodes) and the third (26 episodes).

Winning fans over with his presence and no-nonsense personality, it’s little surprise that he was invited onto “The Late Show with David Letterman” in 2014, on which he spoke about his time on “Pawn Stars”, and his relationship with the principal cast members, as well as his own business. The star’s black kerchief, dark shades, and long hair became his trademark look, making him recognizable wherever he went – although some naysayers have described him as a “a strange man in a preposterous bandana with a camera crew”.

“Counting Cars” has blessed fans with many memorable moments over the years, including the episode “Satanic Mechanic”, in which Danny was visited by the actress Cassandra Peterson, aka “Elvira, Mistress of the Dark”. Some other celebrity cameos include visits from Ziggy Marley, Alice Cooper, and Dee Snider.

Despite being a close-knit family, the cast of “Counting Cars” has also had their fair share of on-screen clashes. Fans speculated that Scott Jones, Danny’s then-manager and bookkeeper, left in season two because of a poor relationship with the mechanics. Described by Danny as “a real ass at times”, Scott’s job was to make sure that the auto shop turned a profit on each project, so he often argued with the businessman and the rest of the cast over project schedules and budgets. That said, the real reason behind Scott’s departure was his move to Tennessee, following the birth of his son.

As is to be expected, the series has a certain scripted element to spice things up and keep viewers coming back for more. For example, while Danny does prowl the streets and offer strangers exorbitant sums of money in exchange for their vehicles, it’s all for show. The “strangers” are actually approached beforehand and a deal is settled, with the fake conversation added in for the benefit of fans.

According to online sources, the aforementioned drama between Danny and the rest of the cast is also fake, as well as his supposed humble background and the auto shop’s low funds. Whatever the case, “Counting Cars” also boasts plenty of real elements that make for entertaining viewing – such as the 2017 lawsuit against former employee Joseph Frontiera, who was accused of embezzling company funds.

The American mechanic, who was a show regular from 2013 to 2016, allegedly swindled his workplace of $75,000, to purchase air tickets and pay off his flashy Range Rover. Later on, the Count’s Kustoms team alleged that Joseph had a prior criminal history, and was also guilty of misappropriating company funds at his former job.

Fined $18,000 by the IRS and promptly fired from Count’s Kustoms, Joseph disappeared from the public eye almost overnight, suffering a harsh blow to his public reputation. It goes without saying that he was also unceremoniously shunned from working on TV again, which led to some fans wondering what he’s doing nowadays.

In this clip, watch as Danny Koker shows off his favorite motorcycle while visiting the Sturgis Motorcycle Rally: http://histv.co/XdrcLs (Photo Credit: Zach Dilgard)

Although Joseph himself has yet to publicly speak on the incident, conflicting sources claim that the lawsuit was a publicity stunt and “petty money grab”. Apparently, Count’s Kustoms also sued the company that recommended Joseph, with the latter’s lawyer filing to dismiss. As both parties appear to have put the story behind them, it’s possible that we’ll never know the whole story.

Any self-respecting fan of Danny will have heard of his hard-rock band Count’s 77, which was formed by him in Las Vegas. With help from guitarists Stoney Curtis and John Zito, bassist Barry Barnes, drummer Paul Disibio, and keyboard player Tommy Paris, Count’s 77 is considered to have played a pivotal role in reviving classic rock.

As the founder and lead vocalist, Danny has made sure to promote his passion project plenty of times. Count’s 77 has appeared in episodes of “Counting Cars”, namely when the businessman built a stunning 1970s tour bus for his band. The project was considered a worthwhile investment, although so costly that he had to sell one of his vehicles, and spend $40,000 of his personal funds.

Contrary to popular belief, Count’s 77 was formed before Danny’s role in “Counting Cars” came about. Danny Sr. influenced his son greatly in this aspect, having been a keyboardist and baritone vocalist for the southern gospel group “Cathedral Quartet”. The band was formed at a weekly jam night headed by Jony, in Danny’s rock club Count’s Vamp’d – occasionally, Danny would sing on stage, and that fateful evening all the current members except Tommy performed together. From then on, the rest was history.

“It felt real. It felt great,” Danny said of that evening in an interview. “Lucky for us, we all turneded out to be like-minded people… Loving the same type of music”. The new group decided to rehearse together, and would continue performing at Vamp’d, slowly building up a dedicated fanbase and becoming familiar faces in Las Vegas’s club circuit.

Danny films during weekdays, and spends his weekends travelling to concert venues around the states, thus juggling his two main business ventures with ease.

Count 77’s luck changed for the better when Mike Varney, the founder and owner of Shrapnel Records – Stoney’s record label since 2004 – attended one of the band’s shows and liked what he saw. Soon after, the group signed a record deal with Shrapnel, and Mike introduced them to the keyboardist Tommy. The existing members agreed on Tommy becoming a permanent group member, thanks to their musical chemistry and Tommy’s earlier works.

In August 2014, Count’s 77 and Shrapnel Records released their self-titled debut album with 13 tracks. The promotional run included performances at illustrious venues including New York City’s Hard Rock Café. “Soul Transfusion”, the band’s sophomore album was released in 2017, also via Shrapnel Records. The band have gone quiet since then, but are still performing prolifically and possibly working on new original material.

Arguably, Danny’s wife Korie has also been an integral part of his success thanks to her constant support. The brunette bombshell was born in Las Vegas and raised in Chicago, with her birthday being 8th August 1965. Standing tall at 5ft 7in (1.70m) and weighing 140lbs (63.5kgs), the businesswoman is often praised for her svelte physique and charming personality.

Having graduated with a Bachelor’s degree in broadcasting from an undisclosed university, Korie has since worked as a camera operator and production co-ordinator, and currently calls herself an entertainment director.

After years of dating, Danny and Korie married in an intimate 2015 ceremony of which they have yet to share many details, and don’t seem interested in having kids in the near future. Although not being too open about their relationship, Korie can be seen without fail at her husband’s shows and often posts him on social media.

Surprisingly, Korie shies away from the fame and cameras despite being married to a celebrity. With just over 2,000 followers on Instagram, the entrepreneur mostly uses her platform to share pics of her travels and promote Count’s Vamp’d.

The Las Vegas native, who is her husband’s business partner and number-one supporter, has said of working together: “My husband and I have always made great biz partners, and in the case of Vamp’d, he trusts my decision and leaves it all pretty much up to me”.

As is to be expected for such an outspoken individual, Danny’s opinions have been criticized many times over the years. In 2013, he rubbished environmental cars and boldly stated “The politicians are playing a game. Let’s burn this stuff [oil] and have a good time”, while in 2016 he was vilified for supporting Donald Trump. Nonetheless, fans consider his blunt and candid way of speaking part of his charm, and often agree with his views.

In an interview with Review Journal, Danny spoke at length about his amazing car and motorcycle collection. From a customized 1956 Chevy Stepside to a 1966 Mustang GT350, Danny is said to own almost 60 vehicles and 70 bikes, most of them vintage models which have been lovingly brought back to life. In fact, the majority of Danny’s income goes towards his next purchase, which is a smart move as the vehicles can only go up in value.

As most of the cars in Danny’s collection are worth over $300,000, it’s little surprise that the businessman has his eye on acquiring a rare 1972 Lamborghini Miura SV next. To date, his fanciest car is arguably the Lamborghini Countach, closely followed by his 1969 Cadillac and one-of-a-kind 1979 Camaro Z28.

All in all, although the bulk of Danny’s seven-figure fortune comes from his car collection, his thriving auto shop and other businesses are big earners in their own right. The multi-talented TV star shows no signs of stopping anytime soon, and fans can expect to continue seeing him on “Counting Cars”, and performing at local venues.